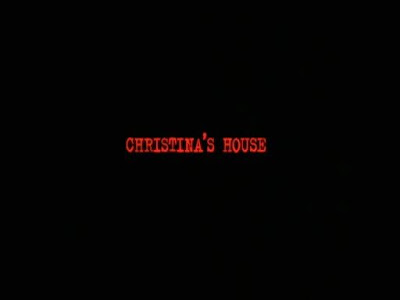 Little can be said about Christina's house and I can tell why; weak characters, sluggish pace, and loads of weak surprises, I never thought a hybrid of teen drama and slasher tropes can be this dull. 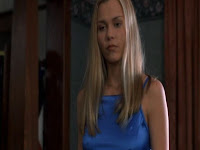 Christina, her younger brother Bobby, and their father James Tarling move to a small town fixer-upper house in order to be close to Christina's institutionalized mother, making their visits to her easier. But the longer Christina stays in her new home, the more she begins to notice strange happenings around her such as objects disappearing and re-appearing, mysterious noises, and people either disappearing or found dead nearby her house. Is Christina slowly going mad and murderous? Or is there something else living with them inside the house? 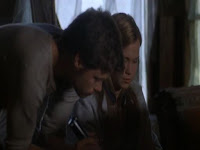 Playing more like a teen thriller that seems to question the titular house owner's sanity, Christina's House unfortunate have the unwelcome grace of focusing on a rather bland lead character whose portrayal is as exciting as watching moss grow on a wet wall. Add the fact that none of the other thespians are that interesting or developed makes this supposed mystery rather lifeless, made even worse when its snail pace and monotone direction also meant bloodless murders, cheap "scares", and a whole lot of whiny uninteresting talks. 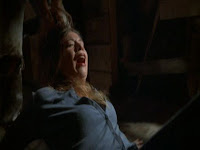 Even when the film reaches its climax, it seems to down itself deeper into a mess. Since none of the characters are all that developed, the twist that one of the casts was insane and responsible for the strange and deadly happenings came rather too sudden, something they "fixed" by letting said character explain his side of the story through an unnecessarily long final act. Given that some neat ideas were thrown in such as the house being turned into an inescapable booby-trapped prison like an early version of The Collector, and some stalking scenes were good, the end result is still a disappointing dreck.

What's sad is that Christina's House had potential to be a good movie. Perhaps with a better director, talented casts, and additional dose of bloodletting, this might have fared better as a rental.

Bodycount:
1 girl shaken to death, neck snapped
1 female killed offcamera, later found with a missing arm
1 female killed offscreen
1 male gets a rock hammer to the temple
1 male fell through a pillar of buzzsaws, crushed by a dropped cabinet
Total: 5
Posted by Kaijinu at 10:47 AM