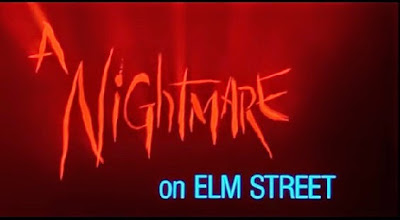 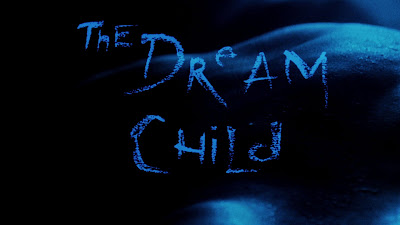 How can you tell if your favorite killer may have become too big to fit his own shoes? When they stop being scary and any attempts to do so end up like A Nightmare on Elm Street: The Dream Child.

Around the late 80s, Freddy Krueger finds an audience among the growing "MTV" crowd, where teenagers matter and their generation flock the media. Due to this, his cheese factor doubled by the end of A Nightmare on Elm Street: The Dream Master, leaving producers wondering what they can do to continue his saga without recycling the same hash. One possible option? Why not make him scary again? 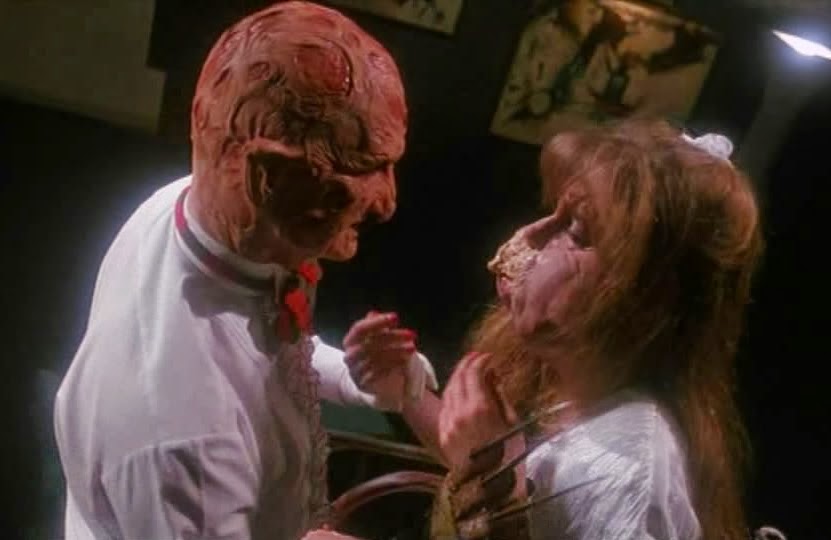 Dream Child takes place some time after the last movie, where lone survivor Alice had finally made Elm street safe from the dream-hopping psycho that is Freddy Krueger and is graduating with her boyfriend and a new set of friends.

And yet, she cannot shake the feeling that something is wrong; after dreaming of an asylum where a nun gets trapped inside with hundreds of maniacs crowding over her, Alice is convinced that Freddy is trying to come back. This fear is proven true when the bastard son finds a way to return from the grave and start stalking and killing teenagers again, apparently through Alice's unborn child.
This puts our heroine in a strange predicament where she is guided by the spirit of a nun, who turns out to be Freddy's mother and possibly the only one who holds the secret of saving Alice, her child and the rest of the Elm street kids from Freddy's fiendish plans. 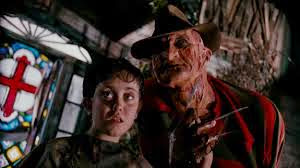 With talks of abortion and implied rape, Dream Child is noticeably a dark turn for the Nightmare franchise for its time, attempting to capture the olden times when Freddy is still a grim and creepy movie monster that would scare the jeebus out of moviegoers. This seems like a solid idea and at times, it actually shows in the movie as there's more focus on Freddy being a haunting entity; the problem with this, however, is that the star killer grew too comical for his own good and his identity as a pop culture icon among the teenagers certainly didn't help this proposal. Because of this, the resulting product is an odd combination that looks like a live action gothic pop-up book with loads of rubbery special effects and more Freddy Kruger one-liners.

And to further exploit this story-driven approach, Dream Child even boasts the least number of kills from the entire franchise, even less than the psychological horror-focused entry, New Nightmare. With only three kills, the movie makes up for the lack of count by sugar coating these murder scenes with as much special effects as possible which is, interestingly, relatively bloodless. 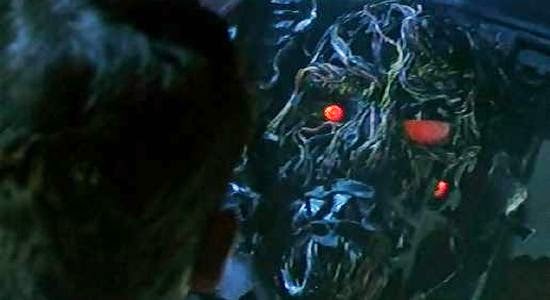 Truth be told though, they can be a bit fun at times if not sounding a tad shallow; two of my favorite Nightmare kills are actually feature in this film, one involving a victim merging with a motorbike and another being turned into cardboard before being shredded to death.

With Kruger reduced to a mere presence with only a chance to do some actual killings, this leaves us with more scenes of characters that did fare better this time around in terms of development. While the franchise is known to feature some melancholic characters that have their share of sympathetic moments, Dream Child took the time to build around Alice and her new set of friends with much ordeal as possible, may it be supernatural or even in real life as even the idea of unplanned parenting is thrown into the dog pit.

Sadly, the rushed production of the movie and cheesy direction of the Freddy scenes left many of these good characters killed off unsatisfyingly and continues to ham up until the final act where a recycled subplot involving somebody's bones needed to be found gets brought up, leading to a bewildering climax that further involves a mother's touch and souls being used against Krueger.

Not much of it makes sense in the end and one would even wonder how desperate this series went looking at this movie. Still, while it lacks the gore count and the true dark essence of the bastard son of a hundred maniacs, Dream Child manages quite alright and even remains entertaining as a rubbery slasher, thanks to some great performances, wildly imaginative visuals and Freddy being Freddy.

Bodycount:
1 male merge to a motorbike, crashes to a incoming truck
1 female choked, razor gloves to the gut
1 male shredded to death
Total: 3
Posted by Kaijinu at 8:54 AM