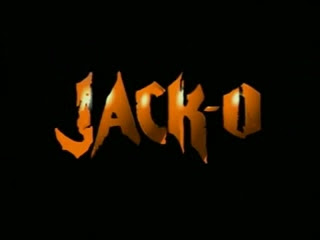 Well, ain't this charming. Normally, when you star a kid in a slasher flick, the results could either be disastrous if you made them the lead good guy, or horribly awesome once you made them the bad guy. How does this work, you ask? Well, let me tell you this; unless you have a menacing story that had guts to put children in peril, you'll most likely to have a family flick gone bad that'll have random teenagers dying instead of the pecking order of a clan laid for us when the kid's out there facing the indestructible danger that is a slasher killer. I mean, this isn't even a rule that slasher movies embraced but pretty much majority of horror flicks out there that had little tykes beating up the bad guys. Oddly, though, a large sum of those titles also had quite a minimal budget, horribly acted and high on cheese.

Jack-O is one of those titles, a kid-lead cheap horror flick featuring an conceptually interesting monster executed under the budget of a dollar below. It has lil Sean Kelly who, after joining a neighbor in his backwoods camp out, start having nightmares about an old tale about Jack-O, a legendary monster that was cast upon his small town some decades ago by an evil wizard. The nightmares become a frightening reality, however, when Jack-O was accidentally released by some troublesome teenagers and is now out for blood, as well as finishing off the last of the Kelly bloodline, the ones who defeated him many moons ago.

This, sadly, only happened somewhere around the last third as Jack-O decided to have some scythe-related fun slicing annoying neighbors and other random walk-by's who just happens to be there, and looking scary for (insert personal estimated number) kids. Guess even demons needed a brake from the revenge business...

So is this how Halloween nights look like in a cheap rental horror flick? To be fair, it did had me watching, probably because I always had some soft spot for the cheese, but the cheddar delight didn't even help elevate the feeling of being entertained out of my inner crevices. I'll blame it all on the uneven pacing, the lame kills and the dull as goldfish acting for the ho-hums; the only thing I get out of it was...

...I guess the stupid looking monster, which always brings some chuckle out of me seeing the poor guy who's forced to wear that overgrown pumpkin prop and had hay stuffed down his suit! (Kudos, though, for making its inner carvings of the pumpkin head glow in the dark) Then there's the dumb toaster kill which was the only inventive death in the movie, and Jack-O didn't even need to be there to do it! 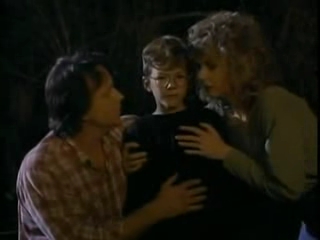 Guess it's movies like Jack-O the reason beer and Halloween parties are invented; it's one of those kinds of cheaply made flicks that forces someone to invite their buds over to be either miserable with or enjoy a few can of cold ones as they laugh and laugh for senseless minutes at all the stupidity this movie had to offer. Not saying it's bad, just..."dependent" on the viewer him/herself. If you like it, boons to you, but for me, I'm gonna put this on a shelf someplace and think it over whether I'm gonna see this again for next Halloween...