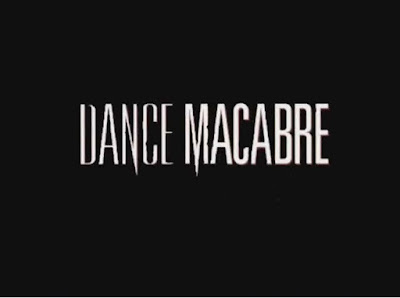 In this rarity of a 90s thriller, a prestigious Russian dance academy opens its doors for the first time to non-Russian students, including one Jessica Anderson, an American who's forced into attending by her wealthy father.

Overlooking the arrivals is the handicapped headmistress Madame Gordenko, who is aided by her two companions, dance instructors Anthony Wager and Olga. The madame instantly becomes a challenge for Jessica as her strict lessons clash with the young American's easy-going attitude. Nevertheless, Jessica finds encouragement from a few friendly faces, including her French roommate Claudine, a photographer named Alex, and Anthony himself, who agrees to help her via private lessons as he sees a little bit of the young Gordenko in the girl.

While Jessica perfects her ballet, a gloved killer is making their way through the other students, seemingly picking off girls with potential for dancing. Could it be someone with a motive? Or just a random loon being a little too knife-happy?

To be honest, around two to four minutes into the movie, you can tell the major twists here unless the copy saw was that bad or you are that easily fooled. (no offense) I actually find myself wondering how exactly did the producers thought they could get away with it but if I am going to be brutally truthful, they hardly tried. So did this quirk somehow messed up the overall entertainment value of the movie? 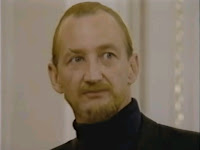 At some point, yes. The plot is an easy one to follow as it is formulaic; anybody that appears to do better in dancing than Jessica gets bumped off dead no soon after and the school doesn't take notice until the disappearances and murders got too frequent. And with only three to four possible suspects to go around, the way they were portrayed made guessing who's the killer and who are the red herrings a little too obvious when two of them got snuffed off too soon and, again, the obvious twist is right there in front of our faces.

With a weak whodunit plot and an embarrassingly obvious twist, all Dance Macabre did for me was made me think how much longer before the characters are gonna catch up and, once more, how exactly did the people behind this movie thought they could fool anyone with their little gimmick? As a slasher-esque thriller, it's also not that bloody or suspenseful in anyway since most of the killings were tame and the build-up to them were mediocre at best. However, I can't seem to hate this movie as much as I want to since its cheese factor did got me smirking and the Suspiria (and Alfred Hitchcock's Psycho) inspired story almost worked if it wasn't for the shortcomings.

Originally, Dance Macabre was Terror in Manhattan, a proposed 90s sequel to the underrated period slasher Phantom of The Opera (1989) which also explains the "instructor obsessing over student" angle this movie's partially riding on. After various re-writes, Terror becomes this hodge podge ham-fest riddled with artsy dance montages, an uninspired mystery and a lot of bland characters, with the only relative connection to Phantom was that they both star Robert "Freddy Krueger" Englund. Perhaps with more time given to the re-writes, as well as better killings and a much more passable twist, Dance Macabre could have been a rarity worth looking for. But alas, unless you are a big Englund fan like me, I suggest giving this one a skip like what I should have done many moons ago.

Bodycount:
1 female drowned in a jacuzzi
1 female hanged
1 female beaten, thrown to train tracks and ran over by a train
1 female bludgeoned with a cane, thrown off a window
1 male stabbed on the gut with a dagger
1 female falls on a dagger
1 female killed in bike crash (flashback)
1 male falls off from a balcony, impaled on broken chairs
Total: 8
Posted by Kaijinu at 7:05 PM