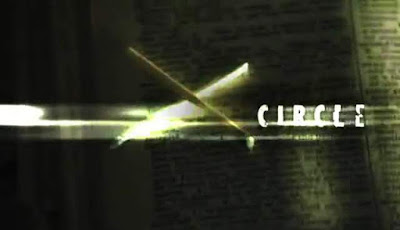 Silas Weir Mitchell of Prison Break fame stars in this confused mess as James Bennett, a crazy-eyed serial killer whose modus appears to be bounding five victims in chairs arranged in a semi-circle before offing them one-by-one. We see him do this in the opening, ending the lives of five fellow inmates before ducking out of there, crusty tome of sacred doodles at hand.

In response to his escape, a disgruntled cop with multiple issues in his life (smoking, drinking, separation, etc) finds himself teamed up with an FBI agent in order to hunt down Bennett before history repeats itself. This mostly takes up the plot as these lovely people of the law babble down the killer's fascination with the soul and Greek mythology, that is whenever they're not poking each other's irate nerves.

All the while, five grad students are escorted to Bennett’s childhood home as a field trip for their criminology course. Most of them try to figure out Bennett's childhood by snooping and pondering about everything in the household, while others are busy bumping uglies whenever they're on screen. Long story short, Bennett soon arrives and starts abducting the kids one by one for another semi-circle stabby session, during which the cops try to puts all the pieces together and find out Bennett's ultimate goal.

With all of the action centered on the investigation, Circle (2010) is mostly a talky serial killer thriller first and a backwoods slasher second, a matter that really puts this film on a dull note since there isn't much going on in terms of watchable bodycounting or effective tension building for the majority of the movie's run. It's just stereotype law enforcers and teens being their exaggeratedly selves, the former busy talking our ears off with multitudes of procedural talk and speculations, the latter just doing backwoods horror victims stuff like shower hanky-pankies and teen talk, all of which boring and tiresome as this is all the movie was until we get to the climax.

By then, slowly pouring boiling acid on open wounds, Circle (2010) still limps further as aside from basically not having an actual ending, the film simply have the teens get knocked unconscious and stabbed unceremoniously so nothing worth the wait there, and then there's the lazy attempt of a plot twist that honestly adds very little to the overall story other than making us say an uninteresting "Huh". Just don't bother with this at all; if you want cop thrillers tainted with horror, then you better start looking somewhere else and feel free to chuck any copy of this along the way into any nearby trash compactors. It belongs there.