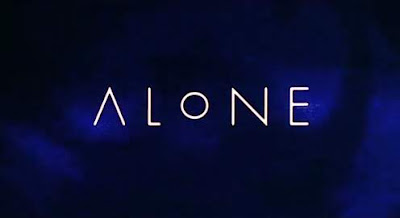 A lonesome obsessive compulsive haunted by their past, Alex worked themselves into a habit of anonymously writing to "lonely" women before breaking into their homes and killing them. However, unable to bear the weight of these murders, they visit a case worker once a week in hopes of finding a way to silence their dangerous urges, only to be advised one day to try taking one of these women out for dinner, blissfully unaware of the growing killcount Alex is responsible for.

Taking this advise to heart, our troubled soul stalks and breaks into the house of a girl they spotted alone at a cemetery one time, force feeding her copious amount of food which leads to an unexpected death. Now aware that a serial killer is on the loose, a pair of inspectors try figuring out the identity of their maniac, not knowing that luck and desperation will soon give them a lead when another girl Alex got smitten to survives an attack.

Predating Maniac (2012)'s gimmick of telling its story largely through the point-of-view of our villain, Alone (2002) is an artsy variant that's light on the blood and heavy on thrills, focusing equally on detective work as well as on a killer's exploits to find the girl of their dreams. It's not the most original idea per se, and some of the art house editing do get too annoyingly surreal to be watchable, but the fact that we get to see and hear the thoughts and struggles of our antagonist is always a fascinating angle to approach.

This said, I find our Alex character to an intriguing individual as you can tell that they don't want to be the stalking and murdering kind, but is unable to find any other way to express their need for companionship apart from harming people or quietly creeping on them while they sleep, nor make sense of their isolation in a healthy manner. This sets them, along with the movie, far from being your run-in-the-mill slasher and closer to a psychological thriller, until that is we get to the last third of the run in which Alone shifts gear to a cat-and-mouse stalking finale most bodycounter flicks have.

Its around this finale that we find ourselves accepting the movie's weakest payoff, a twist ending finally showing whose murderous eyes are we sharing with all this time, only it isn’t really a reveal given the first-person voice used whenever we are "Alex". It's pointless, yes, but at least it was a fun ride while it lasted, set to a fitting monotone photography, garbled techno music and nightmarish editing that encapsulates a killer's unstable mind, straight down to the film's Halloween (1978) - inspired final moments.

A choice highlight would be an unconventional murder set-piece in which we see a victim gets messily force-fed cold lasagna and tubs of cream whilst paralyzed, ending with a gag-worthy sight of them simply dying while dirtied with spilled food. All in all, Alone (2002) may not be everybody's choice of poison, but it is definitely my guilty pleasure!