Through The Eyes of Moros: The Burningmoore Deaths (2010) 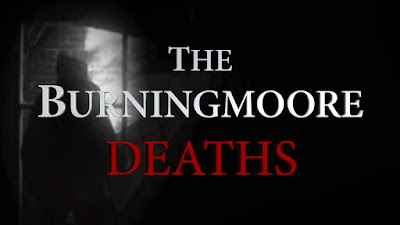 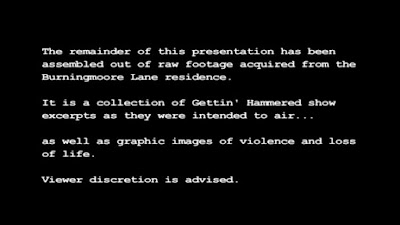 Presented as a true crime mockumentary, The Burningmoore Deaths (2010) centers on an elusive killer named James Parrish who, three days before Christmas in 2005, murdered his entire family in cold blood before disappearing into the night, never to be seen from that day forth. With no clear motive to go by, authorities are left baffled by the sudden psychosis that befell on James and they can only suspect the possibilities behind the killings. 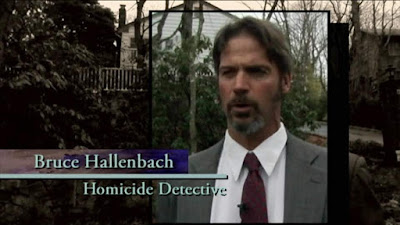 Moving forward a couple of years, the film crew of an upcoming reality TV show Gettin' Hammered sets their eyes on renovating an old waterfront New York home into a fancy Bed & Breakfast. After preparing the house and setting up cameras all over to document their misadventures, the crew and their hired contractors head forth to give the house a proper makeover for the show's pilot (given they're not busy smoking weed or ruining shots by playing rock music at the background), unaware that a certain Mr. Parish has been squatting in the basement all this time and is now prowling around the premises since they stepped foot, waiting for the right moment to strike.

The movie's formatting, despite being anything but new or original in this day and age, is probably most the notable aspect it brought upon as its gimmicky style of hybriding recovered footage and cold case TV programming elements still holds a bit of hammy charm to it for how much work done to get that authentic feel, or how stylized yet bloody the killcount will get. Regardless whether the direction goes with it or not. 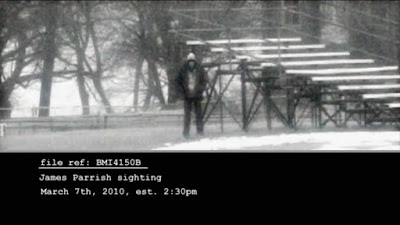 For the first twenty or so minutes, Burningmoore Deaths fills us in with a retrospective of Parish's crime, fitting the mockumentary bill well enough for the detailed crime data and realistic interviews played in, thus giving us that nostalgic cold case docu-drama feel ala Unsolved Mysteries while introducing to us the basic of our villain. Once we get to the reality show footage, though, this is when the film curveballs away the documentary approach and more or less drop off any attempt to work any realism, simply diving ahead as a light plotted slasher.

Seeing the rest of the film is shot as a lost document of an supposedly unaired pilot, this meant that the remaining run is light on plot and lacking of solid characters to focus on since a good bulk of the action focuses on the sometimes-funny-sometimes-not exploits of the crew, as well as their eventual deaths. Writing around this part is a lot to be desired (How long does it take to notice three of your crew is missing for the next hour or so?), so those looking for anything deeper of a story than random people getting mass slaughtered by a maniac may not enjoy what they'll be sitting through. (Or at least not as much as the next guy)

For the kills, the factor that static cameras were placed in every room meant that the murders do get to be witnessed, but likely due to budget constraints and/or visionary flair, most are either obscured in shadows or happen just about off screen so while bloody, it's far from excessive and just about right on the blood quota. The editing and soundtrack done for these murders are fair work, too, with composed pieces that have its creepy moments and some editing elevating the simpler murders into something more unconventional, at times borderline cheesy in a passable way.

It's absence of a deeper plot or shortage of blood-wet body bags may put off a few, but for fans of reality documentary filming and open slasher junkies, The Burningmoore Deaths (2010) packs enough craziness and bloodshed to be quite an interesting watch, albeit not looking much. A certified rent, or a guilty pleasure keep!