House of The Shrieking Goat Thing: The Unnamable (1988) 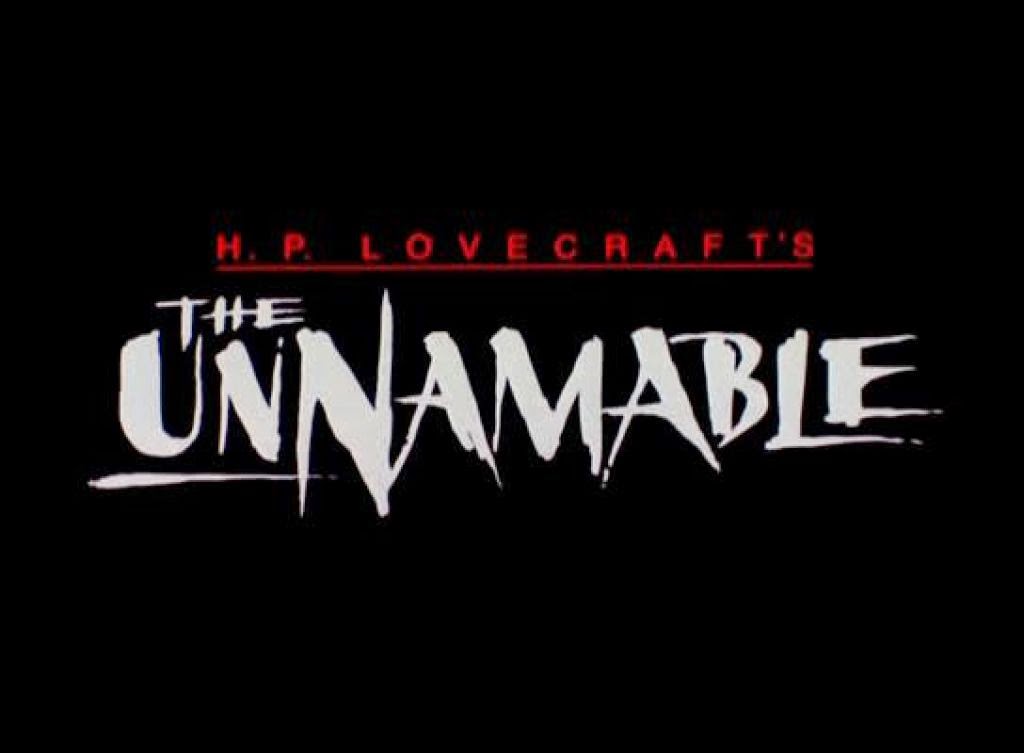 American fiction writer Howard Phillip Lovecraft is the last name you would expect tied to a slasher film seeing that the author's works mostly focuses on cosmic horror and weird science, but that didn't stop a few titles like this late 80s supernatural dead teenager flick to - for better or for worse - try reworking these concepts into familiar B-grade entertainment.

Opening in the 1800s, we watch a man trying to calm an unseen shrieking creature and have it go into a locked room. From the looks of it, he have been keeping an eye on the thing for some time now and it's all about to end one night when the creature finally rebels, clawing the man's heart out.

Flash forward to the present, Miskatonic University student Randolph Carter (cheekily played by Mark Kinsey Stephenson), shares to his campus friends Joel (Mark Parra) and Howard (Charles Klausmeyer) the tale of a nearby haunted house that's rumored to be inhabited by a creature so terrifying, it defies explanation. Joel, a skeptic, disregards the claim and bets to Randolph that he can stay overnight in said house and come out the next day unharmed.

Rightfully concerned the following day, Howard tries talking Randolph into checking up on Joel together as he's yet to return since the previous night, though (with an amusingly deadpan disinterest) Carter's convinced that their friend is still alive, well and probably out chilling someplace else. After some back-and-forth discussing Joel's well-being, the two eventually agrees to look for their missing friend, unaware that two of the campus' frat boys will be holding a double date at the same haunted house with a couple of girls, dooming them all as victims to the house's inhuman prisoner.

A simplistic stalk-and-slash piece with strong gothic aesthetics, The Unnamable (1988) doesn't offer anything new into the melting pot, but it does hold up an easy popcorn charm one can enjoy for how open the plot is with its monster/slasher-hybrid flair. Its three-or-so weeks production may have limited its grander supernatural elements to a couple of magic verses that turns candle light on and off, as well as place most of the action within in a single house, but the film makes up for it with well-paced manic energy and a decent minimal cast that is just fair enough with their roles, especially Kinsey Stephenson whose amazingly humorous reactions to the horror happening just got me chuckling through and through.

It also helps that the movie boasts some great gore effects, a pinch of spicy nudity and a (oddly) beautiful monster design, but if we are to speak of any flaws, there are a few; the synthesized music used often ruins the mood of some supposedly intense scenes and the ending they came up with just felt lackluster for how easy the villainess was defeated. Thankfully, these are small cases that can be easily overlooked so no real harm done overall.

The Unnamable (1988) may lack the authentic Lovecraft experience, but if you all you're looking for is a back-to-basics horror flick with grue and cheese, then there’s still a lot of fun to be had with this shrieking madness.

Bodycount:
1 male had his heart clawed out
1 male mauled to death, head later seen
1 male had his throat clawed open
1 male repeatedly brained against the floor
1 female had her neck snapped
Total: 5
Posted by Kaijinu at 5:21 PM