HAPPY 2018 HALLOWEEN! (AKA What Am I Watching this year?)

Welp, it's October 31st here in the Philippines! That means-

Absolutely nothing unless you're age 10 and below. In case you are, then it means candy and a week off school. But for me-

And as someone who's practically an adult living in a country that doesn't recognize Halloween as a holiday, I mostly celebrate this by runecasting at a nearby church watching spooky movies from years old and new! So today, I decided to share with you my picks for my annual Halloween viewing! From a children's flick about evil witches to a hospital raided by eldritch entities, let's begin my picks with: 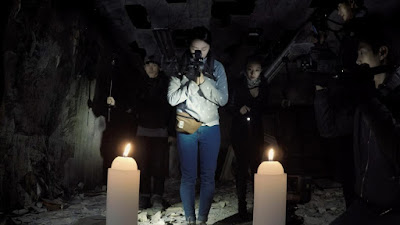 Gon-ji-am (2018) (AKA "Gonjiam: Haunted Asylum") - A very recent horror movie from South Korea following a group of Youtubers livestreaming a documentary style urban exploration of the titular asylum. Shot in a Found Footage format, the film isn't shy on tackling classic tropes and trappings of both Asian ghost flicks and mockumentary films, but what makes this film stand out is that the premise itself help elevate the sense of dread and nightmarish imagery that eventually starts haunting our crew, which includes effective jumpscares and loads of creepy imagery. 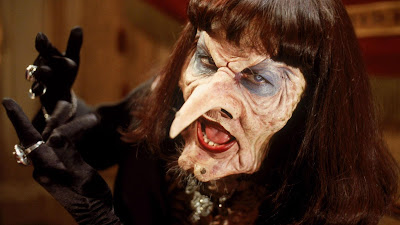 The Witches (1990) - Based on a children's book by Roald Dahl, this 90s fantasy horror "family" picture tells the story of a young boy named Luke who, after being orphaned, finds himself under the loving arms of his grandmother who appears to know a lot about what true witches are like. This odd knowledge soon comes in handy when the hotel they are staying at for a vacation turns out to be the meeting place of all the witches in England. It's now up to our two unlikely heroes to stop these hags from executing their plans on murdering hundreds of children with candy, so long as they don't become victims of these witches' wicked spells and potions themselves.

A little dated on some department, but nevertheless enjoyable on a darkly humorous way, The Witches is a fun little devious addition to this year's fright and gore heavy viewing. But I like to balance out the horror and fun in my movie lists and this one titles is fun enough for the dark holiday! 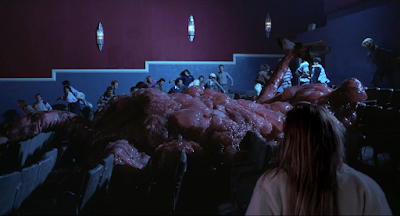 The Blob (1988) - I could have gone with the classic 1958 version with its funky opening music and cheese, but the matter of the fact is that the monster there is hardly threatening. Memorable, yeah, but its fear factor dwindled down when you realize how slow that blob is and you can simply just walk five feet away from it and blast it frozen with a fire extinguisher with some ease. The 1988 version, however, is a predatory monster with a limitless hunger that not only can squeeze into places to reach you, but squeeze, crush, bend and/or obliterate you so you're that much easier for it to eat, all in glorious glorious old fashioned practical effects!

The movie is your classic midnight monster genre with a comet containing the titular creature crash landing on a nearby town, releasing it with nothing in its nature but to eat, absorb and grow. In typical 80s monster movie fashion, it's up to a pair of teens who encountered and survived an attack from the blob to warn the townfolk of the danger, given they're not too late. 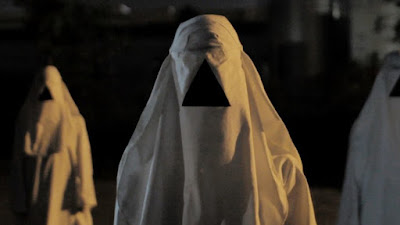 The Void (2016) - A modern day cult classic follows a strange night in a hospital where a cop, the hospital's staffs and patients are held inside the building by a cloaked cult-like figures. Little do these trapped individuals know is that there's something sinister happening within the hospital as patients start to go deformed and murderous, leading to horrific monster attacks and what could be an Apocalyptic end to all.

Kinda underrated but well worth the look, especially if you're into raw horror aesthetics like amazing practical and make-up effects, gory kills and Lovecraftian themes. It's basically a horrorhound's wet dream, given that you don't mind the attempted cerebral horror that appears to coat the story. 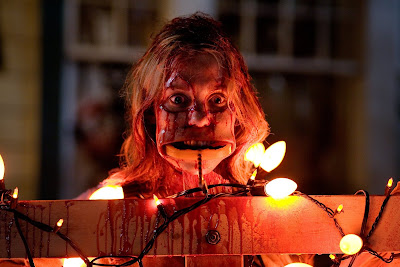 Trick 'R Treat (2007) - This is basically the horror movie to rival John Carpenter's Halloween as a holiday classic. Trick 'R Treat follows five gruesome tales within a small Ohio town during their annual Halloween celebration night as child murderer tries his hardest to cover his track, a girl in a Red Riding Hood costume gets stalked by a masked man, a group of kids visits a supposedly haunted quarry, a bitter young wife gets a painful lesson for breaking a Halloween rule and an old man is visited by who could be the spirit of Halloween itself.

Chock full of monsters, ghouls, scares and lots of nasty treats, done in a lush production value and colorful band of characters, Trick 'R Treat is one horror movie that understood the dark nature of Halloween and twisted it enough to give us this energetic, eerie and often darkly funny anthology movie. 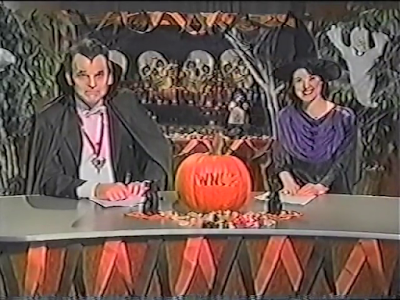 WNUF Halloween Special (2013) - A definitive midnight movie, this is a cult classic that takes the mockumentary sub-genre into the limelight as it features what look like a news program special focusing on Halloween and a planned event by the station wherein one of their reporter follows a priest and a pair of occult experts inside a supposedly haunted building. What follows is a lot of tracking, vintage commercials, and a slow yet satisfying build to a messed up ending that's definitely shocking.

If you hadn't seen this one, then I really recommend hunting this film down especially if you love a good old-fashioned scare and a bit nostalgic just like me. I cannot stress enough how one should see this from beginning to end coz the pay off really sticks as one of the chilling final scenes in a horror flick that starts out like a joke.

And there you have my list of watchables this year! Really wish I could do more for Halloween this year but it falls on a workday and with the recent storm brewing, I guess being cozy at home while it rains outside doesn't sound too bad!

What else can I say but have a Happy Halloween and watch out for monsters!