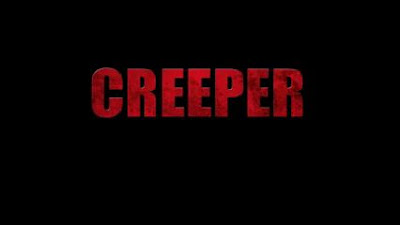 Everybody knows at this point in time that the internet is full of weirdos.

From geeks to creeps, deviants of varying degree find cyberspace their haven to chance an escape reality so they can express whatever they want, whenever they want to, with little to no consequences unless things go too far and action had to be taken against them. With this piece of reality in mind, it comes to no surprise that horror flicks tend to cash in to this real life horror show, putting their own twist on cyberbullying, deep web horrors and social media scares. Among these horror titles, Creeper tries to do what Unfriended (2014) did for cyberbullying, only with online chat websites and failing not only miserably, but worryingly.

So fancy this; a small group of loud and obnoxious friends gets tired online creepers hitting up on them so they decide to turn the tables and start stalking the web for potential creeps to harass. Enter Jerry Tobin, a mute boring-looking man who wanted to befriend them over chat which the girls agree, seeing him as the first potential victim of their own brand of revenge-cum-online social justice.

After forcing him to do countless humiliating tasks from sending them dick pics and piercing his nipples to whipping himself and coaxing him to eat feces, the girls soon grew tired of the crap they're making him do and just decided to outright kill him after luring him out in the open field, beating him senseless and leaving him for dead after hanging him. And adding insult to his supposed death, the girls post the clips of his acts online in a compilation video titled “Revenge on a Creeper”.

The problem with all of this is that Jerry wasn't all up there to begin with and his body disappears no soon after the girls finished posting their handiwork all over cyberspace. So after a year of not hearing anything from Mr. Tobin, the girls suddenly find themselves kidnapped, lost and naked (well, naked for the first part) in the secluded woods while Jerry, armed and rigged the forest to record and livestream, hunts them down to torture and murder.

Now, see, I'm sure most of you will agree that we watch slashers for the cool-looking killers and the creative deaths, and backstories behind the murders can elevate a title from this horror sub-genre from random simple senseless killings to something with a bit more backbone to follow through. Creeper does have an interesting set-up for its murderer in a matter that it questions whether a wrong can justify another wrong. The girls' plan on humiliating a suspected internet creeper can be seen as noble for some, but we're not even sure if Jerry was even looking to chase tail to begin with, henceforth the horrid acts they forced upon their target ends up looking more like extreme bullying than rightful payback. This and the obvious fact that they're all portrayed to be bitchy as fuck, of course, made the girls "reasonable" murder victims for our slasher to cut open and disembowel, but it's kinda hard to root for him either since he's just so bland.

With no dialogue to utter apart from grunts, our killer relies a lot on body language and it's horribly obvious that actor Darryl Baldwin, who plays our silent hulk, needed more experience on this field, or at least a better story to make up for his almost stale performance. Further troubles for us viewers include awfully lame kills (CG blood. Why, CG blood?), torture sequences that are terrible in all the wrong ways (some things aren't meant to take so long and repetitive), and a sudden shift to action thriller stalk-and-shoot as Jerry suddenly finds himself surrounded by the most incompetent SWAT team I've ever seen (These guys pack a grenade launcher and yet none of them even landed a blow on a guy named "Jerry"), an entire scene out of nowhere that felt misplaced with its campiness, ruining whatever serious issue this film was tackling to begin with. There's no sense of redemption for the girls neither as not only do they continue to act like they're still on the right but whenever they're given a chance to fight back, these chances are ruined by how boring these fight scenes are.

So it's bad enough we can't root for any of the girls, nor can we completely side with our slasher, but the rest of the movie is just one big pile of shit that's buried and then piled up by yet another pile of shit. A shit upon shit as it slumps on being a hardcore stab on online predators as well as a revenge-driven backwoods slasher flick. It's painful to sit through for just how trying it is, what more if it sit among your dusty pile of discarded horror movies too lame to be a part of your collection? My solution? Just ignore this heap of donkey bile. You are all better off not knowing this kind of Creeper existed...