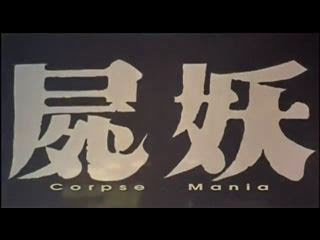 When a decapitated (and apparently raped) body of a woman was found rotting inside a seemingly abandoned household, the news stir Zhang, a local detective who finds this incident too similar from another case long ago; apparently, their district caught a man named Li who (under the agreement of his ailing wife) buys ill prostitutes off the streets and waits for them to expire so he can satisfy his odd fetish and have his way with their corpses.

Li was eventually institutionalized upon capture but was released some time later, believing he's fit for society again. That unfortunately appears to be a mistype as more bodies begin piling up on the streets, seemingly in the name of Li’s vengeance.

Pretty gutsy for its time, Corpse Mania is one of the many hack-and-slash nasties to be released in Hong Kong by its cinema masterhouse Shaw Brothers Studios and one of the few that made quite a name for itself among some slasher fans as it tackles the 70s Italian giallo sub-genre with a backdrop of putrid necrophilia, surprisingly gruesome killings, and a whole lot of Asian flair.

Staying true to its Italian crime thriller sub-genre, Corpse Mania took its time building around our characters, most prominently our lead suspect, a serial killing necrophiliac who seems to have returned to town with plans of settling old issues using a monstrously large kitchen knife. A lengthy flashback even took a good portion of the first third focusing on Li’s relationship with his wife, his deals with a local brothel, and the intimacy he had with the corpses which lead to his capture, something that placed the plot in an assured predicament that played quite well up to the reveal in the end.

We also have other thespians thrown in as an attempt to twist the story but, frankly, their purpose as a herring was too obvious for me, serving as nothing more than more meat for the kill count. Thankfully, these deaths were among the big pros to come out of Corpse Mania, with gore-filled slaughtering that only a giant butcher knife (among other weapons) can muster, ranging from an effective looking decapitation to a poor fellow being dropped (and landing face-first) from a building. The execution for these slayings often took cues on some classic slasher set-ups like a hectic killer-in-the-backseat gig and a chase sequence set around an empty street, much to my glee, and the effects and make-up used for these slayings were quite impressive for its time.

As for the exploitation element of necrophilia, which is probably this film's biggest selling point, I found it quite "tame" compared to other necrophilia-themed horror flicks. (Nekromantik, anyone?) Though the idea of dead body love-making is still upsetting, none of that was shown on-screen (I guess some exploitation directors have their limits, too) and the only vomit-worthy thing to come out of this from this movie was the state of the bodies our killer made love to, all of them naked and topped with wriggling meal worms. Furthermore, the corpse humping became less and less the focus of the flick as plot began to dwell more into capturing the mad slasher, which is a quite impressive transition and shows how well its director, Kuei Chich-Lung can manage the story.

Past the cheesy dialogue (which may or may not be the subtitle's fault), gratuitous gore, and the Scooby Doo-like twist reveal that actually makes some sense, Corpse Mania is a rather competent looking production with great visuals, workable tone, and some decent acting for a 80s Hong Kong release. While we still have a few camp characterization and that one scene of hi-kicking action, I grew to love Corpse Mania for being one of the few foreign slasher/giallo hybrids out there to be set as a period piece, giving it a bit of timelessness as an exploitation movie. Slick and sick in all the right places, this foreign entry is a must see for all fans of obscure slasher and giallo flicks!