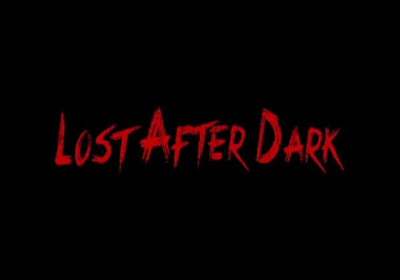 Set in 1984, a group of eight teenagers decided to ditch prom night and steal their school bus to drive all the way to a friend’s lake view cabin for fun times’ sake. That was until they broke down in the middle of the backwoods road and the only house nearby is the one once belonging to the infamous Joads, a family of murderous cannibals who were killed for their crimes a long time ago. Hoping to find shelter and something they could use to get help, the group heads on completely unaware that the remaining Joad son still lurks there, setting his teeth and an assortment of farming tools on hunting them down for food.

Among the many slasher films of late were throwback attempts to recapture the grit, simplicity, and entertainment of the bygone days of the 80s, the slasher film's golden age. While many of these throwback films were comical or cheesy in nature, Lost After Dark tries to take the subgenre back to a serious route which is surprisingly enjoyable and effective as a straight run through the classic backwoods slasher with a surfeit of assortment victims and a bloodier set of killings to make any gorehound happy.

Taking cues from The Texas Chainsaw Massacre (1974), Friday the 13th (1980) and Madman (1982), the movie is pretty much like any of these backwoods hack-a-thon, taking a much-needed direction of build around its casts and their situation first before letting the maniac have his way with them, much like how earlier entries like The Burning and Just Before Dawn went with their plotting and pacing. This normally calls for some cheesy moments and awkward character interactions but the movie kept this to a minimal and instead made an effort with its script and flow, thus winding up with supposedly clichéd characters with some level of depth varying per cast.

We get this for half the running time and once the killings start, Lost After Dark further surprises us by handling their blood and gore with a style reminiscent of both old school and modern horrors, something that most throwback slashers tried and succeed at a certain level. (Though I’m yet to see any of them use a “missing reel” gag as effective as this film did) This being said, you can expect a lot of practical effects being put into good splashy use as the Joad son do nasty disembowelments, a good dose of machete kills, and one fair tribute to Lucio Fulci’s obsession with eye mutilations to keep the blood and guts flowing.

With those expected to survive longer dispatched early and the lengths some took to stay alive, the film also made sure that we are treated to something different once in a while, leaving many of us guessing who will be left to fend for themselves, leading to a climax with an unexpected final girl going through enough of an ordeal to earn her worth. I guess if there will be any drawbacks, it's that the ending may feel one exposition too long, with a final shot that simply shouts “sequel-friendly”. It's a little tired as a cliche, but this hardly dents the overall final product.

Lost After Dark is all what it is; a fun bloody slasher that does a lot of the right and little of the wrong. The characters are likable if not interesting, the killer is pretty rad despite looking like your average hobo, and the murders are blood-red juicy, all done with a rather competent looking production that looks, sounds and feels like a lost 80s horror movie.  If you love slashers, particularly 80s slashers, then this is a treat you shouldn’t pass up.

Joads be damned and hunt you down if you ever pass this one up!

Bodycount:
1 female found hanged
1 female forced to a bear trap, crushed
1 male had his throat slashed with a hunting knife
1 female hacked on the gut with a hoe
1 male skewered with an antique barn beam drill
1 male pushed eye-first to a glass shard
1 male found wrapped in barbwire, bled to death
1 dog had its neck snapped
1 female ran through with a pitchfork
1 male crushed underneath a car
1 female repeatedly bashed against a tree
1 male decapitated
1 male implied shot (flashback)
A number of Joad clan members shot (implied in flashback)
1 male seen murdered
Total: 14+
Posted by Kaijinu at 7:12 PM