Someone is Out There: The Pigman Murders (2013) 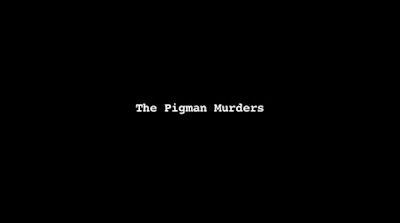 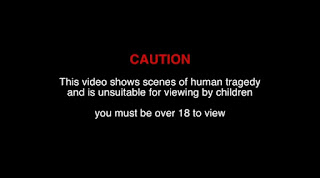 Shot as a lost footage, The Pigman Murders documents the last days of seven men who were celebrating a friend's death anniversary. For the first good chunk, we see them get in touch with each other as well as share something personal regarding their departed buddy; bars were visited, fights broke out, and soon they are visiting the Galway wilderness in memory of him.

Things were going as planned until they came across a bloodied half-naked man screaming bloody murder; bewildered, the group decided to think nothing of it but remain cautious. As night falls, they began to notice some of their friends are starting to disappear and soon, men in pig masks are seen skulking around the hills and the woods.

For most part, The Pigman Murders doesn't resemble much of a horror movie but rather an authentic and uncut vacation video. Little to no horror is seen and the only intense moment we were treated to were some of the men grappling with one another due to some sort of misunderstanding or a personal attack. The emotions the cast put on their characters can be seen as raw and nearly authentic, giving them at least a reason to be empathetic.

Unfortunately, this build-up ate most of the film's run as, for a 75 minute movie, the real horror starts around a quarter before the hour mark, giving little to no time to flesh out the menaces that are attacking them. Plus, with the opening of the film openly concluding that all seven men, excluding the killers, were missing, any possible way of intensifying this film was gradually lost and we pretty much made to wait for the next guy to be killed and hope these scenes of murder were gruesome. (Honestly, they're not; most of them simply "disappeared" or implied to be murdered, and some were just discovered dead.)

Hence, I felt cheated; true, some part of the film were suspenseful but the payoff is definitely lacking something. Perhaps it felt rushed, perhaps the murders aren't all that shocking as they were advertised, or maybe its the fact these boys hardly fought back and give us at least an exciting climax to enjoy. Whatever it is, it's not there.

There are plans that a sequel will be released as a follow-up to this film, hopefully improving what they delivered here, but as for now The Pigman Murders wins for at least knowing how to use a good build-up to keep up watching, but not so much in providing what we came for.