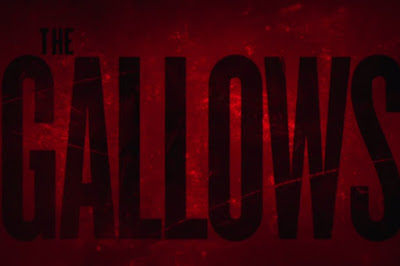 In 1993, a high school stage play known as The Gallows went horribly bad when one of its actors, Charlie Grimille, was hanged for real when a prop noose malfunctioned.

Twenty years later, the same school is preparing a modern production of the same play and trying out for a lead role is Reese, a football player who is secretly doing this just to spend some time with his crush, fellow lead Pfeifer. Recording all this is his friend (?) Ryan, who is really nothing more than a bully and a jerk to just about everyone involved in this play and thinks Reese is just wasting his time. 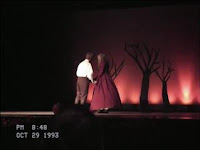 After Ryan finds out that the back door of the stage is broken, he coaxes Reese to join him and his girlfriend later that night to trash the set, thinking that this will help his friend get closer to his crush when he comforts her from the "incident". Dumbly enough, Reese decide to tag along and went on destroying the set that very evening, unknown to them that someone, or something, is inside with them, armed with a noose and full of hate. 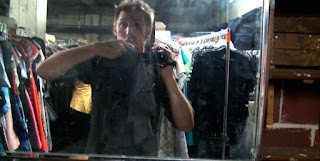 As a found footage and a slasher, The Gallows really had nothing new to show except, perhaps, a villain with a murder weapon of choice so unusual yet plain; the marketing itself seems to promote the killer's odd weapon, a noose, by comparing this film's villain and their tool with other sub-genre titans such as Michael Myers with his kitchen knife and Leatherface with his chainsaw. Needless to say, this will grab somebody's attention, but more likely not in a way these guys are hoping for; a hanging is a kind of kill that takes a while to set-up but with a resulting death that doesn't seem to have the same shock value as a powertool massacre, or the thrill of being chased by a maniac with a knife. However, seeing that this film is of a supernatural fare, I have to admit that this element did elevate the film's noose-based kills a bit, giving the killer more than one ways to use the rope-weapon against their victims.

To be fair, The Gallows is far from unwatchable; yes, it is a text book example of both a slasher and found footage horror, screaming teens, obviously edited ghost scenes and the like. And yes, I am aware that there are very little likable characters to go with the entire film. Hell, we have to sit through a bully terrorizing classmates who are just minding their own business for a good third of the film but it did try to entertain us, molding modest ghostly scares with a slasher film plot with much effectiveness with an average B-grade popcorn flick.

I've seen all of this before but it surprisingly didn't bother me; in fact, the predictability of the movie gave it a so-bad-it's-fun vibe and some of the jump scares, as cheap as they are, got me. I like that Charlie is a supernatural monster with a murder weapon so simple and that our real lead is a nicer guy compared to the douche holding the camera. I like how the movie felt old school with its stunts and tricks, and how the darkened stage felt engulfing. I love the fact that the first guy to die suffered the most, both physically and emotionally. 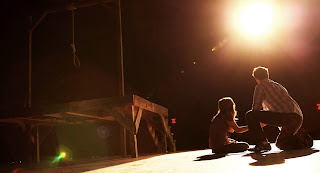 The Gallows might be another sorry excuse for a found footage-slasher hybrid for many and this is perfectly understandable; years of Paranormal Activities and countless exorcism tapes being released have lessen the blow of these films, as well as the tired cliche of dumb victims being dumb and getting killed for it from our dead teenager flicks. And yet, films will always have their fans whatever the reason will be, may it be the camp value or underrated ingenuity, following a hype or simply because the film fits a certain taste. I for one is not an fan of this movie but I did enjoy it; it's bad with a modest charm, cheap but not contrived, a fair viewing if you just want something to watch before going to bed on a simple day's night.