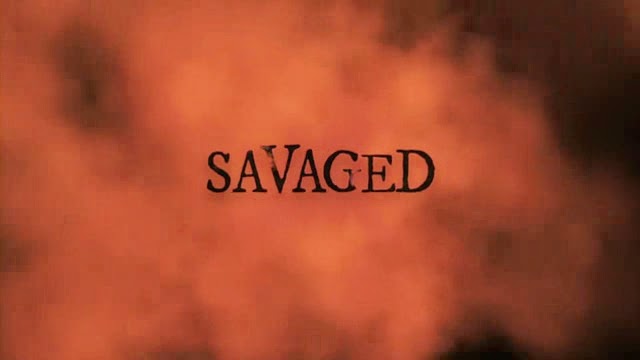 You know what I hate in life? Intolerant extremists. May it be of gender, religion, or race, I tolerate all but the intolerant, especially racists rapists. With that said, you can tell how much I adore this gleefully fun revenge thriller, blood, guts and all.

On a state-long car ride to live with her boyfriend Dane, hearing-impaired Zoe sees herself in an awry situation when she tries to rescue a chased native American from a pick-up truck full of redneck hooligans. Sadly, the punks caught up, murder the poor fellow and capture Zoe to rape, torture and, when she tried to escape, murder her ultimately. 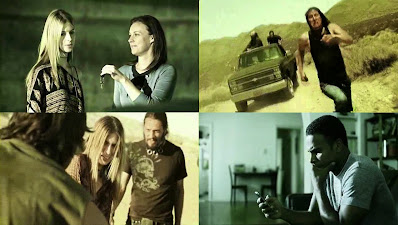 Her body is then buried in a shallow grave that one night, only to be eventually discovered by an old Native American witch doctor who tries to resurrect her. (Good karma, I guess) The spell worked, but the soul of a killed and vengeful Apache warrior tagged along and possesses Zoe's body as well, with plans of using her to avenge his death against the ancestor of the man that killed him. (which, by luck, was the guy who raped Zoe)

One by one, the hicks fall dead at the hands of their own victim, which escalates drastically when Dane shows up in town looking for his girlfriend and ends up kidnapped by the rednecks with plans of using him as bait; this sets both Zoe and the fallen warrior out for a bloody showdown against those who wronged them and to save an innocent life. 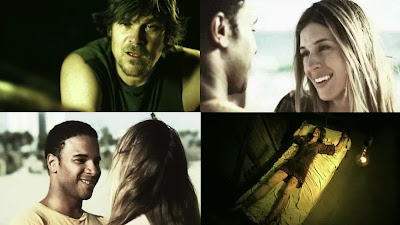 While marketed as a rape and revenge thriller, Savaged is much closer to the likes of The Crow, focusing less on the exploitation nature of rape movies and more on the character development and buckets of gooey gore to satisfy horror hounds. And though there are moments where it can be a bit cheesy, the story has tone, being both somber and, surprisingly, hopeful, going well along side-to-side with the beautiful cinematography and a skilled pacing that took its time to build around its characters.

The casts done an amazing job portraying their roles, particularly Amanda Adrienne as our lead, Zoe; Since she is supposed to be deaf, her screen time consists of strong body motion to express her plight and exhaust from being exploited, murdered and then revived to a state that she wasn't prepared for. Even before she gets in this predicament, the character's hearing handicap felt little like just an excuse to make her sympathetic, but more of a state she is going through and will do anything to prove to the world she can do more despite having it. More the reason to root and feel for her.

From time to time, she gets possessed by the Apache warrior, who dishes out the coolest and goriest murders one would find in a revenge thriller. Guts be pulled, heads will roll, and topped off with a chainsaw fight between a hick and a supernaturally empowered woman, all done with 90% traditional, non-CG effects, which is always a plus for my bodycounters.

Said would-be corpses also pass their own interesting take on cliched characters. They're not cartoonish stereotypes, but simple jerks and racist hicks who are just begging to get what's coming to them. Rodney Rowland as Trey and Tom Ardavany as West are two sides of the hick coin; while Trey is boisterous and the most jerkish of the bunch, West is intimidatingly calm and and orders his crew with a knife hidden, taking his time to strike.

Of course, there were more thespians tossed in the lion's pit for the sake of kill count but some of them were there for a reason. May it be to avenge a fallen son or awaiting to be killed cuz they were aware of who's residing underneath Zoe's body, they all fall under the tomahawk's edge.

The only flaw I can see here, and the one most viewers will agree, is that some CG shots looked weird and shows how much was spent for the movie. On the upside of this, it also shows how much skill writer and director Michael S. Ojeda have for genre flicks and, with the proper budget, would probably ended up with the next indie hit since Halloween (1978)!

Ending with a bittersweet finale, the resulting product is a thriller with a well-placed supernatural overtone, splashy gore, a fitting love story and bad guys getting their just desserts. Believe the hype, Savaged is one for the shrine. A video shrine!