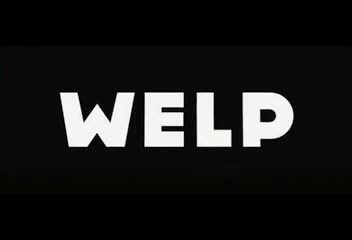 It was a bright and sunny morning when 12-year old Sam spiraled straight down to hell; as a "Pathfinder" scout, he joins other youngins' on a camping trip down the woods, under the watchful eye of two Scout masters and a gal volunteering as the camp's cook. But being orphaned, Sam's a tad down and finds it difficult to get along with others, a reason enough for the other children and one notorious scout master to constantly bully him.

One night, the scouts were told of an old legend about a werewolf named Kai, who is believed to make mischief in very same the woods they are staying at. Sam never bought this story until he felt eyes watching him behind the woods and finds a large nest-like tree house not far from camp. He soon encounters a masked feral boy who had been stealing food from their camp, which Sam comes to believe as Kai. When he tries to convince the rest of what he just found, he is further ridiculed for believing the silly legend.

Things go for the bloody when Sam angers the bullying scout master after he caught the man spooning the cook, leading to the jerk attacking him with his pet pitbull. Kai saw this and offers Sam a chance to get even by clubbing the dog to death before leaving the scout with all the blame. As Sam boils further in hot water, it turns out the feral boy isn't the only one to keep an eye out for; somewhere deep in the forest is a killer with a penchant for deadly Goldberg traps and he had the entire forest littered with them.

Cub is a slasher movie that pushed some boundaries and succeeded in a level; with the entire premise focusing on a lonesome scout and how he descents into a night of survival and madness, it is pretty gritty as we get violence against anything that breathes, handled with a good build-up.

The best way to describe Cub is that it's a pot-boiler; for a movie that runs an hour and 20 minutes, credits included, it took about a near hour before the killings begin. Until then, we took our time following Sam's ordeal under the hands of most of the gang, with two particular boys and the one aforementioned scout master doing most of the damage while the two other adults simply try to put everything under balance, nevertheless failing to set anything straight or simply choosing to remain quiet. These incidents are nothing comedic and the sense of hopelessness and isolation is quite overwhelming. This helps set up what could be "justified" violence as Kai and an unnamed maniac decided to track down their prey.

By then, Sam's unusual relationship with Kai is sort of explored, as the two mirrors an odd reflection of each other for being outcasts and sporting a mysterious and violent past. But the boys' strange pasts aren't the only one thing obscured here; without revealing much, you can say that the direction of the movie had us wallowing on an uncertain tone as anybody can die off once the plot finally got its momentum and the production made an exceptional expense in keeping the deadlies as graphic as they are shocking.

A dog was clubbed for nearly 3 minutes, children were beaten against trees, thespians are slaughtered with knives and booby traps, the slasher parts resembles the same twisted machinations from the home invasion-slasher hybrid, The Collector, with a bit of feral boy madness from that of Lord of The Flies or that obscured cheesefest Memorial Valley Massacre. (Wouldn't blame you if you hadn't heard of that one) The one flaw I see here was the last act wherein everything halts to give the characters a moment to choose sides and survive, only to take an odd turn with an ending that may divide an audience but cathartic nonetheless.

In the end, Cub proves its worth as a serious slasher horror that deserves its praise and its audience; there's the depth of innocence being lost as temptations for vengeance and power took hold, mixed incredibly well with stock cliches of an 80s slasher movie. It's definitely a gem well-needed to be tracked down and enjoyed by fans alike.

Bodycount:
1 male killed offcamera
1 male pinned to a tree by a shot arrow, stung to death by bees
1 dog bludgeoned with dead branches, throat bitten
3 bodies seen frozen in a makeshift freezer
1 male gets a pocket knife to the eye
1 boy ran down with a van
5 boys and 1 girl ran over with a van
1 male crushed by falling logs
1 boy knifed to death
1 female impaled through spikes, knifed to death
Total: 17
Posted by Kaijinu at 5:07 PM