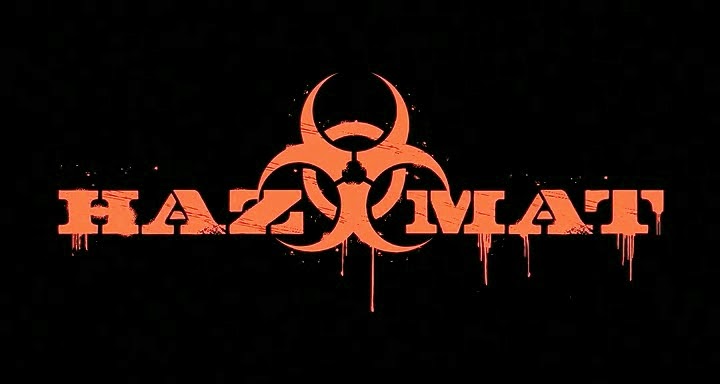 Remember the show Scare Tactics? The one where an unsuspecting victim gets pranked by their friends and family in elaborate scenarios inspired by horror movies? Now, I always wondered what will happen if prank shows like this screw with the wrong guy? Maybe someone too unstable to understand that everything's a joke? Would there be misunderstandings? Lawsuits? Or perhaps, even murder?

Hazmat jabs an interesting plot from this idea, molding a slasher story about a crew running a show called "Scary Antics", currently setting up for a Behind-the-Scenes Special featuring a target named Jacob and his friends. 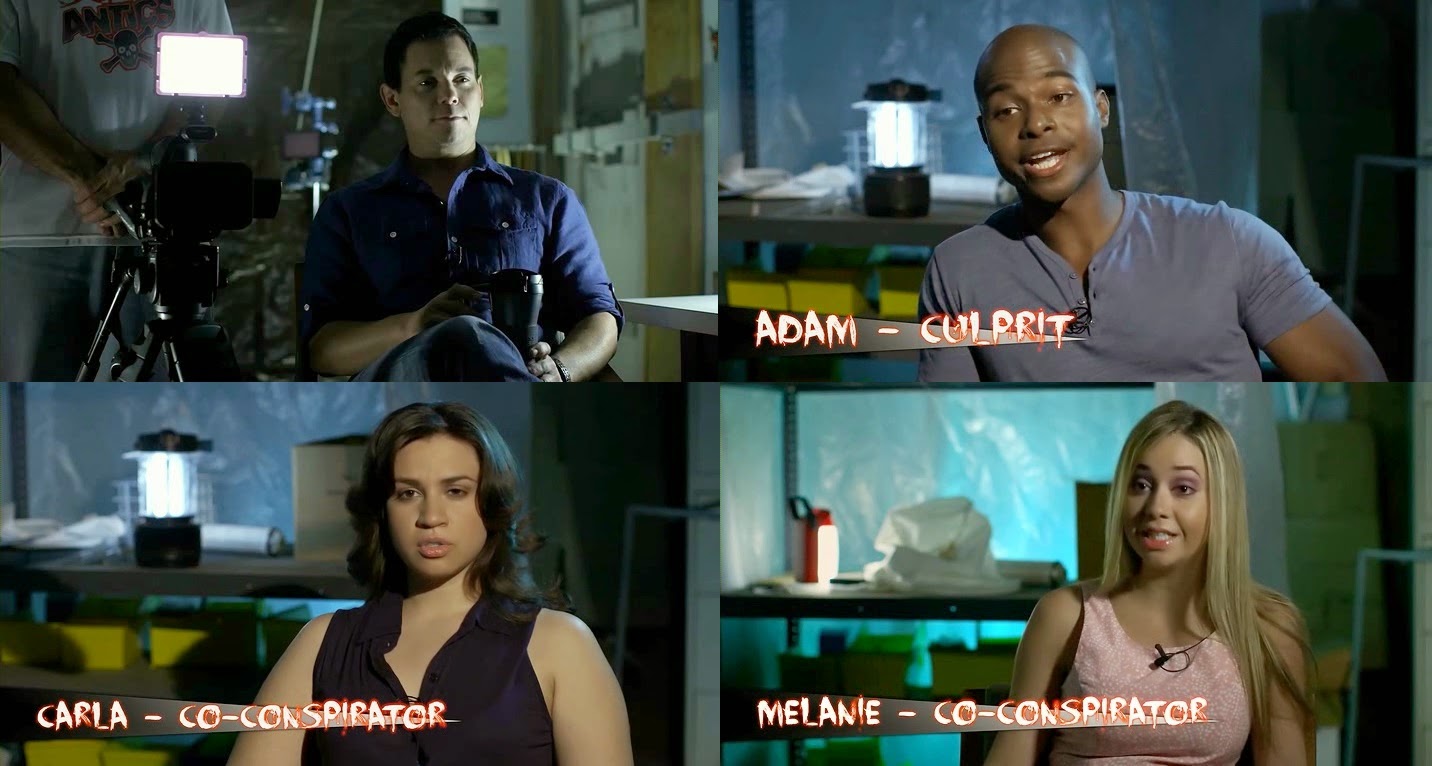 Well, the term "friends" may be pushing it a bit; technically, Jacob only has one friend who's willing to put up with his obsession over a power plant he believes to be haunted, but said friend's patience is growing thin. So unknown to Jacob, his buddy and two accomplices set him up for a prank with the Scary Antics crew at the very same power plant. But when the joke goes too far and one of the staffs get hacked with an axe by accident, Jacob loses it, dons a hazmat suit and gas mask, and the axe fatality begins to rise up.

It's a cool concept, one a lot of fans of similar-themed prank shows may find interesting, but I personally think Hazmat's execution was flawed, if not overly engaging; though we do understand that Jacob might not be the kind of friend you want to share bunk beds with, the company he hangs out with were sort of jerks. Though their intention to scare him straight seems reasonable, I sense a lot of hate against the weird guy and this kind of spite makes it hard for me to root for any of the casts save the killer. The staffs behind the fictional show fare a little better but nonetheless hardly interesting due to their two-dimensional characterization and their proneness to dumb decisions.

Okay, I know this is a slasher and these movies were never known for five star acting and writing, but what personally makes a good slasher movie for me is that its victims are likable enough to feel frightened for them in their predicament. Slasher movies hardly do that nowadays.

The other thorn on the bush here is it's direction; after a third into the movie, we finally get our killer and some bloody good axe murders but after the cast figures out that they're momentarily safe inside a locked office, which also happens to be their base of operation for the prank, it halts and lagged around with us watching these guys thinking of ways how to get out unscathed.

It's a bold move that was meant to build some character in between the stalking and killings, to see if they're smart or witty enough to find a way on surviving. Unfortunately, they hardly made any impression apart from being your typical slasher victims who keep making bad decisions such as doing a prank show in an abandoned plant without supervising first all possible exits or not allow employees to carry cellphones in case an emergency happens. Hell, one of them did suggest ganging up on the killer, a fact that I keep pondering on everytime I watch these films, but I guess one regular guy with a hazmat suit and axe is strong enough to take on seven to six adults. Yeah that's uh, some real math work there...

Yet, I can't hate Hazmat for dumbing down its victims. It is, afterall, a slasher movie and victims in these kind of films are classically shortsighted, eventually leading them to their own demise. Asking them to be smarter is like asking a cat to stop licking its groin clean: it's not pretty but it's just the way it is and you must live with it.

The rest of the production look pretty fair for a low-budget indie and I do applaud their good use of resources; the plant itself is really claustrophobic and it would have been used a lot better with more victims being stalked around in it. The killer's get-up, while simple, did looked menacing enough thanks to the well-handled cinematography and lighting. The murders are pretty basic axe hackings which was okay in terms of bloodiness but I did wish they tried varying it once in a while. Some of the effects were done in CG with a good eye on details so it's no big flaw.

It's a misfire on some aspect but Hazmat has its heart on the right place. Hell, it could have been just me and my ideas on what makes a good dead teenager movies, but I'm sure this bodycounter deserves the attention it is getting. Perhaps a few tweaks on the movie's flow and direction could have made it better, all in all worth a look for die-hard slasher fans.