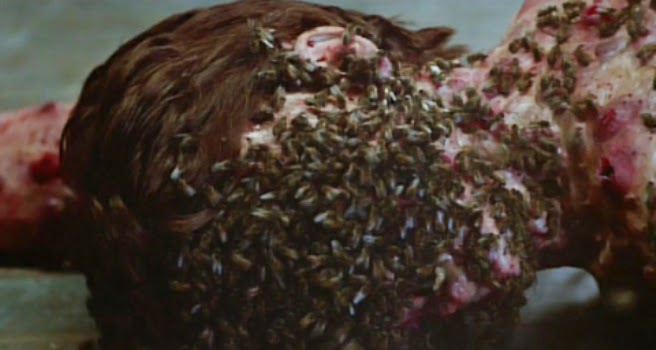 When young tykes and lecherous cooks began dying one by one in Camp Arawak, kids and counselors alike are doomed to be the victims of a homicidal killer who may have an axe to grind. (In)Famously known for its cheese and the shock ending that came out of nowhere, a cult classic of its own strong following.

Bloody Best Scenes: How to deal with the camp bitch? Kill her via curling iron shoved down to her- 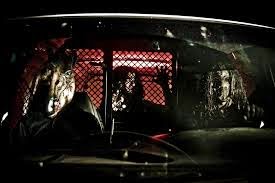 A genuine chiller with a slow start but ultimately unsettling all around as two vacationing best buds find themselves targeted by a trio of masked hoodlums who proceeds to assault and stalk them all through the night. Nevemind the plot holes, it's all about depravity and bone-chilling hopelessness in this one.

Bloody Best Bits: There's a money shot involving Horsehead looking up the stairs, holding a reciprocating saw. It's no chainsaw but I'm starting to dig it! 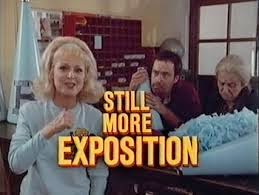 Well, it's either this or Student Bodies; Pandemonium somehow won the spot for being closer to its slasher roots and providing us a better ending. But enough about that! We need to help a Canadian Mountie save a bunch of cheerleaders on a cheerleading summer school from A.) a masked psycho, B.) an escaped convict, or C.) A really big chef. 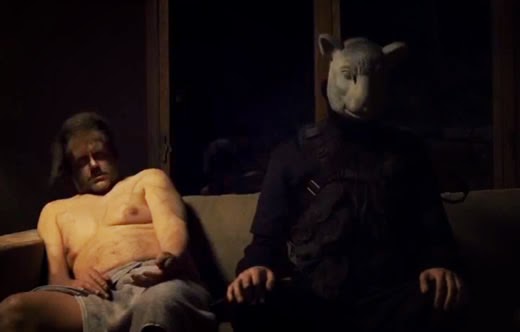 Home Invasion done ala slasher movie, the hype and wait was really worth it for this title! When a family suddenly begins to dwindle down one member at a time, courtesy of three masked assailants, it's up for a wild card to save them with her survival skills. But what could be the reason behind the attacks?

Bloody Best Bits: Just when you thought it's safe to run for your life, out comes a thin wire...

Somebody is killing off the staff at a vacation resort with a bloody kukri. Somebody who is a fan of a stoner's song. Some body in a pancho. Somebody...who's not afraid to kill in a ridiculous pineapple suit! What supposed to be a comedy film, Club Dread somewhat did the slasher elements so right it's no longer a spoof but a really great horror-comedy! Ah well, one man's failure is another man's treasure!

Bloody Best Bits: Would you really think you could outrun a killer riding a golf cart? Of course not, but there's that one dame who thought she could and suffered the consequences... 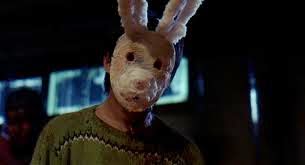 Out of all the Korean slashers I've seen, this one really made the most impact for me; a lone survivor of a massacre retells the event that unfolded earlier that night, tangled with intrigue, grudges, secrets and a man wearing a creepy looking cardboard rabbit mask. Some might not buy the twist in the end but the totality was plainly savage and disturbing.

Bloody Best Bits: After being sliced to ribbons with a box cutter, one unfortunate fellow was forcefed with razors and boiling water. (And I scream in silence...) 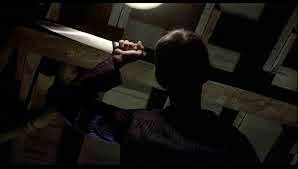 One of horror's worthiest sequel. And not just any sequel, but that of a true classic! Deemed fit for society after being locked up, Norman Bates unfortunately begins to see and hear ole' mumsie again, beckoning murder. Will history repeat itself?

Bloody Best Bits: The reveal. Nobody saw it coming. Not even Norman. 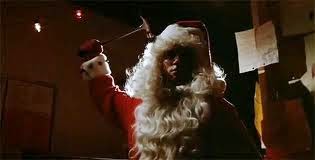 Picking Signs and angry mothers. Never a good thing for movies when drawing in a crowd but for us horror fanatics it's an invitation. For this slasher, said invitation should be spread! After years of growing up traumatized after his parents were brutally murdered by a robber dressed as Santa, Billy's Santa-phobia finally took toll on his psyche when he's forced to dressed up as the jolly fatman during Christmas Eve and unleashes a homicidal fury to all naughty boys and girls.

Sure, it's not the Black Christmas we get to know in the 70s but who cares? This title can firmly stand on its own feet as girls in a sorority house celebrating Christmas Eve are murdered by who they believe to be Billy, the house's original owner and a yellow psychopath who killed and partially ate most of his family some Christmas nights ago. 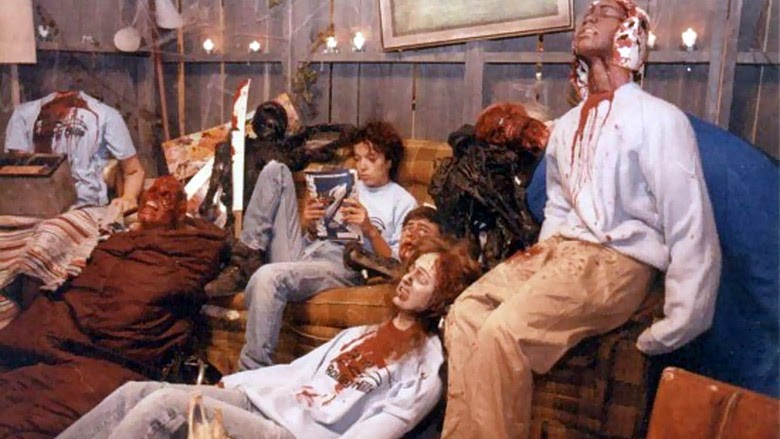 How can you not love a perky, wise-cracking homicidal transgender who continues to depopulate a camp with a big smile on her face? Well, maybe a few personal reasons but nonetheless, Unhappy Campers delivered more of the good cheddary stuff than the original, thus a worthier popcorn flick for the fans!