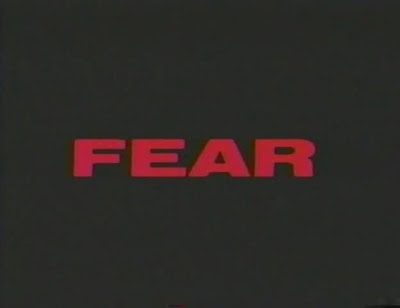 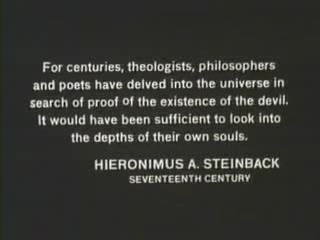 Michael Standford is an actor with a scandalous past when, at a young age, he knifed his father to death. This seems to be taking a toll to this acting career lately so as a way to relax from his job, he tagged along his girlfriend and some of his close friends in the filming industry to a weekend with his mum.

Upon reaching their destination, they meet the mansion's creepily superstitious butler Olivier and learns that Michael's mum isn't all too well, apparently lusting over her son in an Oedipal way since he grew up with a striking resemblance to her late husband. Strangers things started to happen when Michael refuses to sleep with his girlfriend in the same room, and the girl herself experiences a rather gratuitous dream sequence involving plastic spiders, her gown opening a lot, and some sort of demonic ritual.


Not too long however, someone with gloved hands are itching to do some killing, hacking off one guest at a time in the bloodiest of manners.

With the gialli slowly being replaced by their grandchildren, the slashers, sometime around the 80s, we had titles such as this working their way around to the new, younger, blood-hungry audience of the decade, artistically recapturing the artistic style of the 70s giallo and the gloomy macabre of gothic horror, all the while providing some splatter-worthy murders including a nasty axe kill and a bloody chainsaw beheading.

Just as any giallo, Fear spent most of its time trying to build a story on a whodunit angle, littered with plenty of red herrings, while playing on the possibility of a supernatural threat that's lurking among them with talks of cults rituals. True enough, the fact that the creepy butler seems to know a lot more than what's happening, Michael's strange mother claiming to have dabbled with the dark arts, and even Michael's own murderous past could have placed them under suspicions for the murders that occurred lately. Sadly, as much as it tries to toil around making us guess who the killer is, the story had its moments of predictability and the twist reveal was fairly obvious.

As much as the film tries to impress, Fear still cannot hide the budget restraints it suffered from; some of these gore effects are cheap (though impressively bloody) and the soundtrack's was a chore to listen to sometimes. And let's not forget the near-high cheese factor this movie is guilty of, most of it can be re-directed to the aforementioned prolonged nightmare scene that has a tormented lass' breasts pop out whenever she moves but, nonetheless, it's still a watchable underrated Euro-Horror that really deserves more attention, beautifully and atmospherically shot and entertaining to its cheesy core.

An amalgamation of a Gothic Macabre Horror, a Giallo whodunit and a very gory slasher, Fear (or as I really prefer calling it, "Murder Obsession") is a must-see for fans of obscure horror, die-hard stalk-and-kill fanatics and Italian horror purists. Rent it or own it, it's worth the DVD space!
Bodycount:
1 female found gutted with Switchblade
1 male gets a hatchet to the head
1 female decapitated with chainsaw
1 male stabbed to death with kitchen knife
1 male found poisoned
1 male knifed on the chest
total: 6
Posted by Kaijinu at 9:39 AM