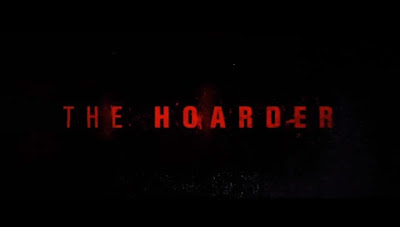 The Hoarder tells the story of a wife breaking into her husband’s storage unit in hopes of finding proof of her claim that he is cheating on her. Tagging her hooligan friend along, they eventually find themselves trapped inside the building with other random people, including a homicidal man who appears to have his mouth sewn shut. As routinely as any slashers, these folks are fated for rather bloody demises as powertools and swords are put into and through them, which were the only entertaining parts from this movie thanks to some nifty practical effects, okay camera work and a bit of brutality.

The rest of the film sadly lumbers around with bad acting, uninteresting characters, lifeless premise, uneven pacing and a not-so-intense direction that made The Hoarder a bland run to what could have been a workable survival flick. Worse of it is the fact that it is trying to make something serious out of its silly plot which never sounded anything classy to begin with, further making the film an odd viewing experience that head-achingly mashes the good and the bad of slasher clichés.

Follow this completely up with a smart yet cheesy twist reveal that made some sense with the film’s title and not much else,  The Hoarder is just a forgettable little number that barely made a dent as a horror movie in general. I really failed to see how storage units work as a slasher’s hunting ground but until somebody out there prove me wrong, I’m dang sure they’ll only spew uninspired drecks like this.