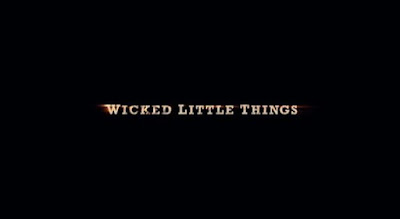 Despite being marketed as a zombie flick with posters depicting a savage undead girl clutching a worn-out teddy, as well as being released in foreign cinemas under the title “Zombies”, there are only some shred of truth to this as while Wicked Little Things centers around undead children, they’re not depicted as your typical shambling zombies. 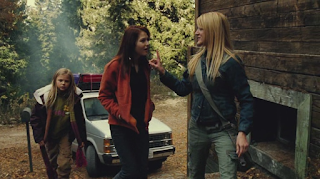 At a small mountainside town of Addytown, Pennsylvania, there is an urban legend concerning the many child miners who died during the Carlton Mine cave-in back in the 1920s. It is said that the children roam the woods at night as the undead, hunting for fresh victims to satisfy their hunger.

Soon to be caught in this tall-tale is Karen Tunny, a mother from New York who just inherited her late husband’s old backwoods home, located at the very same mountain town. Hoping to start her life anew, she moves there with her two children, teenager Sarah and young Emma, both having their ups and downs concerning the move but eventually finding ways to make it a little more bearable.

However, things are bound for the worse when a few people around starts disappearing, a hermit is seen marking doors with blood to ward “them” off, and Emma apparently made friends with a girl named Mary who Karen never sees. Soon, the Tunny family, along with everybody else unfortunate enough, will discover that the legend is true and a small group of cannibalistic zombie children are out to slaughter and feast on them as night falls. 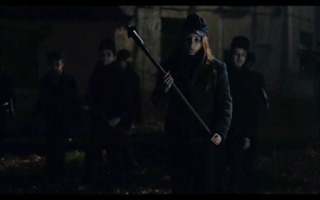 If there is anything I find odd about Wicked Little Things, it is the fact that it was attempting to be a zombie flick by having these kids eat raw flesh even if there's very little reason for them to do so (nor was it even explained anywhere as to why), leaving this “quirky” trait rather random and the film honestly could still work without it.

At that, the movie is undoubtedly a slasher at heart, one that features an army of killer undead tykes instead of a single maniac, all acting under the impulse of murdering people seemingly out of spite and probable hunger. They’re “unique” for their simplistic appearance, consisting of black-eyes, pale skin and raggedy coal miner work clothes, but their eerie silence and expressionless nature, may it be during a murder or a meal, makes them creepily stand out most from other killer kid villains who are usually wise-cracking and/or giggling maniacs. 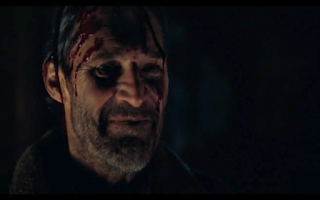 Interestingly, Wicked Little Things also took a few ghost movie traits as it shares its focus with the main cast figuring out the existence of these children, the reason behind their murderous activities, as well as a possible way to stop them. Needless to say, the mystery isn't exactly a tough one to crack and the end result pretty much have the casts trying to outrun the horde while trying to find their youngest (who may or may not be entirely in danger with the zombies), only to be saved by either pure random luck or the idiocy of that one victim who these kids long to murder all this time.

As a horror flick, Wicked Little Things brags little scares, average characters, and a slightly above-average gore due to the zombie’s habit of hacking up their victims into bite-sized pieces before eating them. It is predictable at most parts despite its little attempts to be different but it is far from the worst thing I’ve seen. I believe this film has a better chance of being entertaining as a time waster or a single night’s rental so whenever you are in the mood for zombie slasher kids, I guess this is worth a shot.