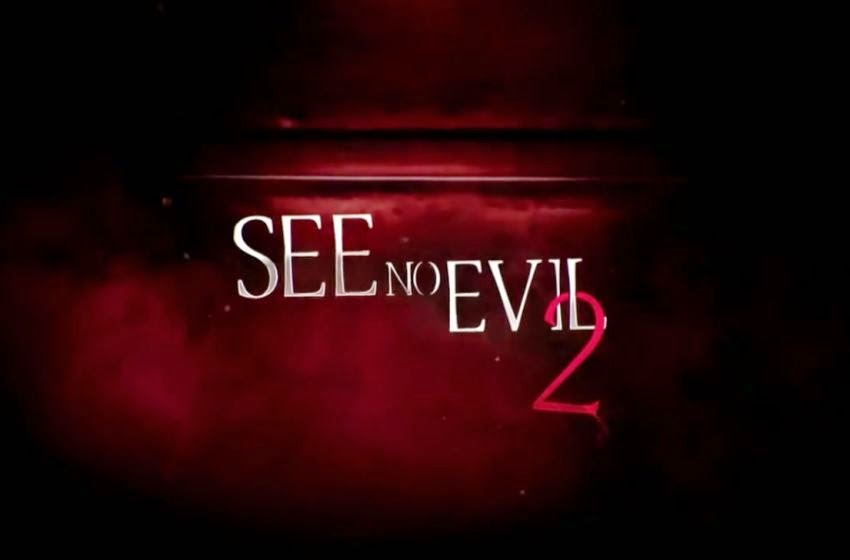 In 2006, WWE Production's first feature release was a simple yet entertaining trashy slasher called See No Evil, starring Kane as Jacob Goodnight, a hulking, hook-and-chain wielding maniac raised with a zealous look in life, murdering anyone he counts as a sinner. It was a quick run through all the basics of a teen-kill movie including a gory death toll and stereotyped casts, but at least it was a fun one at that with its cheesiness. Now, eight years later, Kane returns as Jacob Goodnight in this rather unneeded follow-up, somehow his character surviving getting a fucking glass shard through the heart. 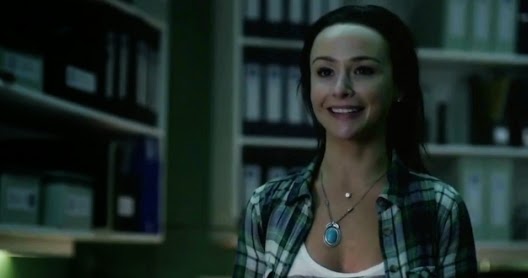 Starring Danielle Harris as Amy, a young and perky coroner who's supposed to be celebrating her birthday the night the police discovers the massacre Jacob left for them to clean up. Finding out that they'll be receiving the bodies for an entire evening worth of work, including that of a thought-to-be dead killer, Amy's work colleagues surprise her by inviting most of her friends for a night of partying inside the morgue.

However for them, Jacob is far from dead; now awakened, masked and armed with an array of conveniently sharp and pointy medical tools, he stalks and kill his new prey one by one, resuming his tirade against "sinners".

While I try to overlook the fact that there was no way for our killer to be up on his feet again (I mean, he DID survived years with a hole at the back of his head from a gunshot), this movie can't help but feel watered down and virtually inferior in every way from the moderately entertaining first.

I'm going to start this with the killcount, which is noticeably lower. This is never a deal for me unless the ways these targets are snuffed out are rather uninspired, but that's apparently the case for this movie as not only they get killed off in the simplest manner (necks broken, offscreen stabbings and eye gouging. Simply disappointing seeing he's in a building full of medical equipment. Nurse 3D certainly showed how it's done!) but it all happened way too soon that we're left with only two surviving casts playing hide and not die with the killer for the thirty-minute remainder of the run. 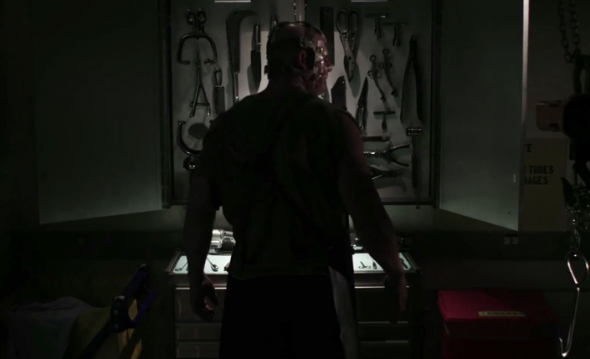 What's worse is that none of these doomed characters are even worth rooting for; not that they are awful, but they're just so dull that I barely cared if they'll live or not. The least they could do (or rather, what the Soska Sisters could had done in their direction for this film) were die extravagantly at the hands of our killer but, as mentioned before, they're lacking in that department, too. Harris is still hardened as ever, though, quite likable too so her character's fate did came as a shock.

The positives here would be Kane being back to don the abused yet still dangerous persona again, though now he wears a clear mask that honestly isn't necessary as his overly-religious presence is terrifying enough, especially on that one scene where he zealously berates a dying victim as a whore. Then again, the almost-undead angle for the character can be an odd experience; it was like watching Three Finger from the first three Wrong Turn movies come back again and again after accepting punishments that easily killed his brothers. The believability of Jacob's revival wears off eventually as the final shock twist in the film indicates a near-superhuman state for our killer, possibly hinting further franchising.

I can't say it's a total waste since it was getting good for the first half, but with the flaws peaking almost at an unacceptably annoying level, See No Evil 2 stumbles into mediocrity for me and I honestly don't feel like rooting for any more sequels from this franchise unless, that is, they change directors and boost up the gore again. You know what they say: best not to fix what wasn't broken!
Bodycount:
1 male strangled, neck snapped
1 paraplegic male found with stab wounds, bled to death
1 female had her neck snapped, choked to death
1 female nearly beheaded with a saw-toothed machete
1 male ran through with an electric knife
1 female stabbed on the gut with a saw-toothed machete
1 male had his eyes gouged out
Total: 7