And The Blood and Bloodline Continues: Wrong Turn 6: Last Resort (2014) 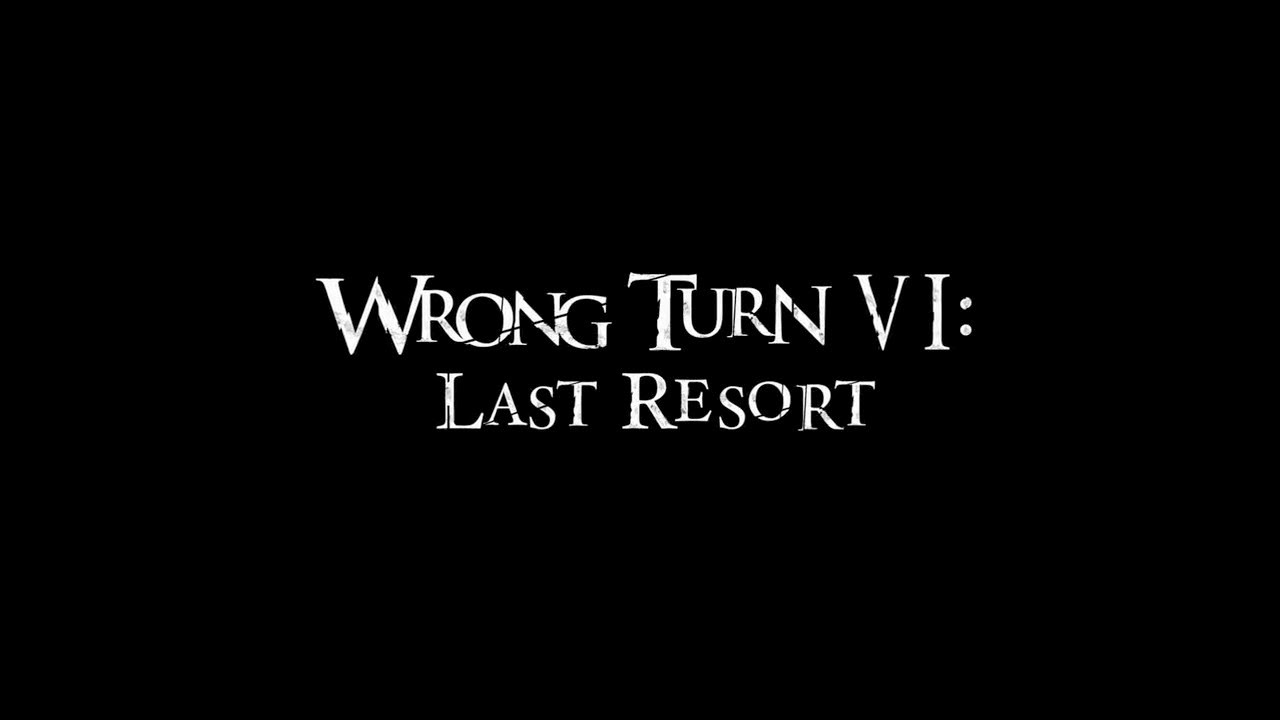 It's been ten years now since the Wrong Turn franchise started, no one expected it to last this long but here we are in its sixth movie. So far, most of the entries tried to keep it simple: teens in the woods hunted by mongoloid cannibals, kills in bloody red. After the first film, each entry added their own flair to keep the series alive, from gory reality TV satire to simply just having one cannibal killer, from Prequels taking place in the snow to ones taking place in a cardboard town trying to be passed on as an authentic one by the producers. 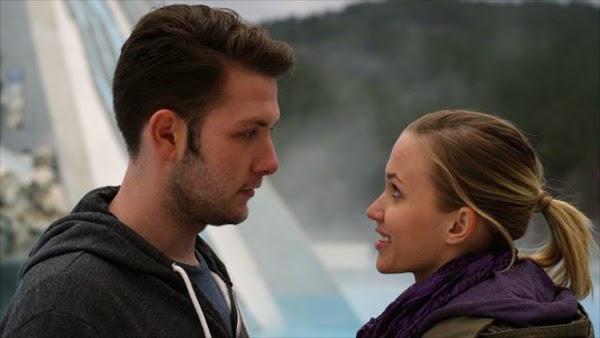 Now, Last Resort tries something new for this seemingly never-ending franchise; they attempted a story!

Enroute to the West Virginia hills, Danny is about to inherit Hobb Springs, a mysterious and very cryptic hotel/spa resort secluded deep in the woods. Despite not knowing who inherit him the hotel, an issue for the guy seeing he knows nothing of his past, he tags along his friends and girlfriend to see what he is getting into and, in a way, he is impressed with what he sees and plots with his buds to share the inheritance.

That is until the hotel's hired helps Sally and Jackson convince him to respect his inheritance by showing him a bit of history as he is believed to be a descendant of one the founders of the land, thus entitled to responsibilities, a sense of pride like no other, and a deadly secret involving a trio of mutated hillbillies brothers with a taste for flesh. 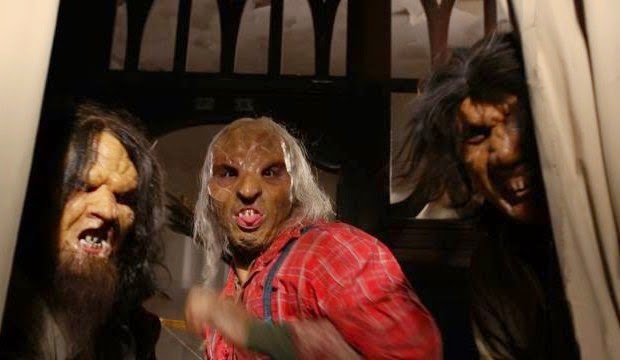 One thing I like about this entry is how they try to focus more on building a workable story in a tone completely different from the others before. If it wasn't for the presence of the mutants Three-Finger, Saw-Tooth and One-Eye, one might not even knew this was a Wrong Turn movie as these villains are pushed aside for most of the run in favor of a plot concerning our main character coming in terms with a past he was never aware of. While this story is not without its plot holes and continuity-based head-scratchers (whatever happened to Maynard, the mutant brothers' guardian from Part 5: Bloodlines? When exactly does this film fit into the timeline? Is this even a part of the timeline?), it is a nice stray away from the norms of watching dumb, sexually hyped teens and is still quite an interesting watch before the ball got rolling with the kills. 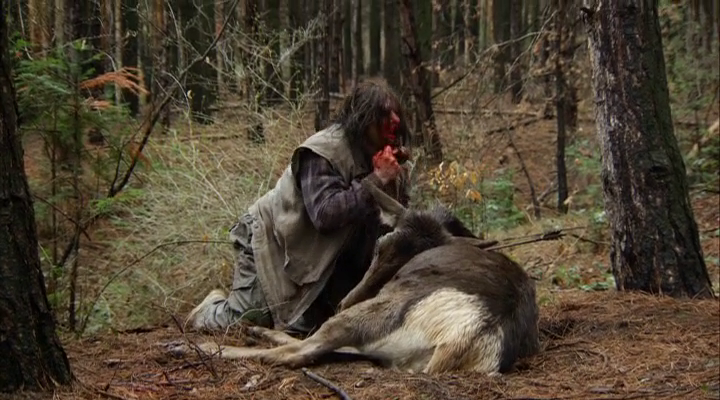 Speaking of which, it is also noticeable that Last Resort isn't aiming for a building bodycount; rest assure that the gore is ever present (with some of the killings quite imaginative as they are gruesome) but due to the fact the film is story-driven, random murders aren't a high priority. Nonetheless, there's enough twists, shocks and some unintentional laughs caused by some weird new angles and elements thrown into the mutant brothers' mythology to make up for the lack of count, some of which ties well with the continuity, others raising more questions. 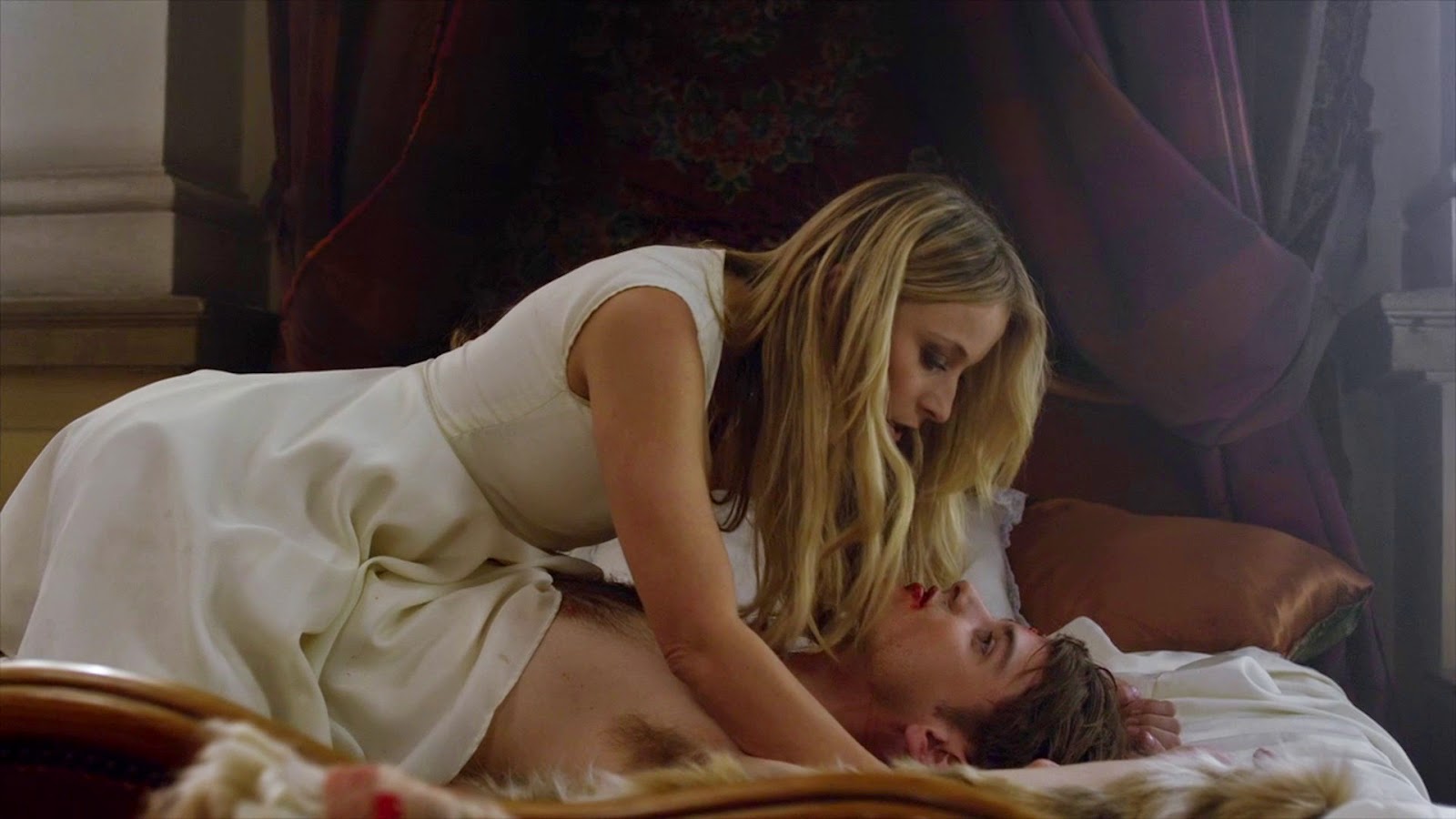 Of course there are some who will be offed a bit by the film's sudden change of tone but I personally enjoy Last Resort. Part of it coming from the fact they made an attempt, while some are coming from me being a fan of this franchise as a whole. (Part 3 is coming around to me but I'm still giving it a low rating under quality) The acting is a lot better this time around despite some odd characterization, production quality a bit more satisfying and less obvious with its budget, and the mutants are as fun as ever even though their make-up looks a bit rubbery.

At this rate, I'm sure Wrong Turn is far from finished from entertaining our darkly and gory needs though I'm not quite sure how will they follow up from this. Well, guess its better not knowing and just enjoy what we have now. Who knows? Maybe they'll surprise us with something grander and hopefully should get us back to the franchise's original roots as a backwoods survivalist slasher.