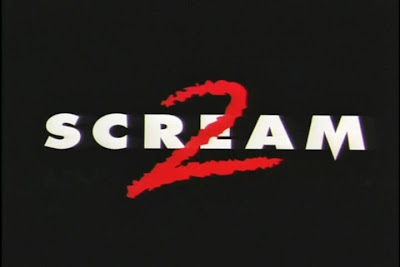 Sequels for successful film titles are bound to be made if it means satisfying both fans and the big fat wallets of their producers. In Scream's case, this is unsurprising.

Two years after the events of the first film, now dubbed as the Woodsboro Massacre, Sidney Prescott returns with what remains of the original cast as college students struggling to move on from the incident. But someone is hellbent on continuing what the two late culprits of the original massacre started, through what looks like a real life horror sequel with Prescott being the main star once again. Forced to know the rules of a slasher sequel, Sidney, her friends Randy and Dewey, along with now book writer Gale Weathers have to act fast to uncover the new mystery put out in front of them in hopes of saving more innocent lives from what appears to be another movie-obsessed maniac.

Although I'm sure this is a good movie, so long as I'm concerned, I was not satisfied with what I saw; After a really grueling opening where a couple is murdered inside a fully attended movie theater showing a sneak peak of Stab, an in-movie slasher flick based on the events of the original movie (with one of them dying in front of a cheering crowd), Scream 2 eventually drags down to a another self-satirical take on a murder mystery-cum-teen drama plot.

It actually embraced its predecessor's self-stabbing at horror conventions, this time around the clichés of sequels such as higher bodycounts and more elaborate killings, throwing away what we usually expect in said follow-ups with something more realistic such as showcasing Sidney's attempt to move on to a better life in College, all the meantime trying to find out who's behind the Ghostface mask again with the other survivors. Unfortunately, as much of a cash-in this is to the first's success, Scream 2 really felt like I've just re-watched the same kind of self-aware shtick only with a new polish, but ultimately failed to entertain me to the fullest.

Expecting something quite different and original, I seriously find the hip, trendy self- satirical approach to be quite tiresome the second time around, with a story too connected to the first that I find hard enjoy on it on its own. The mystery angle isn't even as exciting with the new casts being so thin in terms of number and development, that whoever was doing the killings could have been anyone. It's hard to fully shock twist a story when these characters are as thin as chopsticks, save for one Cotton Weary, the suspected murderer of Sidney's mother who now wants compensation for the then-accusations. Still, it's nice to see five of the original casts to return on the other hand, something we don't get quite as often in a sequel; Campbell is still pretty good as the strong albeit troubled girl who had wise up a bit, Arquette and Cox returns as Sheriff Deputy Dewey and Gale Weathers respectively, a humorous power-couple with a knack for amateur snooping and on-off bickering with another; and who could forget Jamie Kennedy as Randy Meeks? The Sub-genre's most beloved movie nerd?

Slasher-wise, Scream 2 is also still a bit smarter than most average 90s dead teenager flick does; it's complete refusal to be "just a sequel" gave way to a lot of detail that was played right and brought us a well-conceived continuity from its predecessor. The kill count is slightly higher and the murders are more shocking, primarily the opening public kill and (gasp!) the death of Randy Meeks. (A daring move indeed) The scenes involving Ghostface stalking his victims are as fun as ever, pulling up a twist that somehow felt in place with the film's realistic tone.

Scream 2 may not be my favorite entry in the franchise's sequel game (that place is taken by *gasp again!* Scream 3?!), but I cannot deny that it's a fair film, Maybe just not as good as I expected it to be. Then again, it's very rare for a sequel to top the first title, with only a lucky few doing so (28 Weeks Later and V/H/S/2 for example. Try it out and see if you like!), so I guess I shouldn't be so hard at this film. While some fans find it a lot better than the first, I just find it okay and I ain't stopping any curious cats out there to see it.