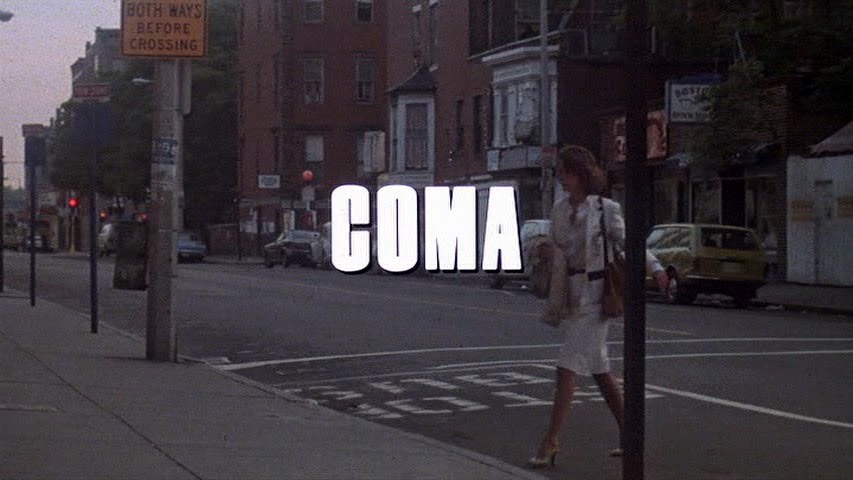 Okay, no, this is not a slasher film. It's a medical thriller directed by the one and only Michael Crichton, who book lovers would know as the guy responsible for the novel Jurassic Park in which the blockbuster movie was based on. I decided to give this movie a spot here for the reason that it heavily influenced some later examples of slashers, may it be the good, the bad, or the really awful, in terms of with it's superb use of paranoiac fear and tension. 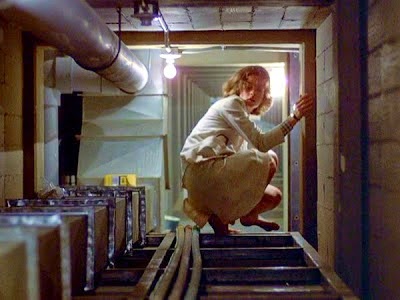 Coma revolves around a seemingly healthy patient (who just underwent a routine abortion) suddenly slipping into a coma. Her devastated bestfriend, a resident surgical doctor named Susan Wheeler (Genevieve Bujold), decided to look into the events and figure out what could have caused the complication, only to notice a repeating pattern of healthy patients going brain-dead in their hospital for quite some time over the years. Dwelling further to what may be a conspiracy within her colleagues, Susan has no choice but to look into these cases herself, all the while escaping the grasp of a hired stalker and deciding who to trust or to avoid.

A mature thriller that focuses more on the amateur sleuth work of our heroine doctor, most of the slasher elements here were missing but the stalk-heavy scenes midway into the movie strikes a lot of resemblance to our horror sub-genre. In addition to this, there's also the motive, which is something that will been done for a bit on our more modern entries like Turistas or Train (2008), making Coma the groundwork for these titles. The only difference between this film and those titles (apart from their budget) is that Coma succeeds in making itself darker in a "less-is-more" fashion.

The horror here relies more on fringe factor, as in with the premise being a high class and well-bred hospital, full of professional staffs who were meant to be trusted, far from the dirty and gritty third-world conspirators. There is another side to their clean demeanor that may spell the end of their patients, and just in case you hadn't figured out the connection between this movie and the two others I mentioned above, then you're in heck of a surprise for what they'll do to someone with a healthy kidney.

The realism of the film also helps add the fear factor as the conspirators' method is scientifically sound and may be replicated in real life. Of course, there's also a bit of visual fantasy played around for showcase; I love the bit where our heroine takes a tour to an affiliated facility known as the Jefferson Institute, where coma victims are taken to for treatment and monitoring, which mostly involves having these patients hoisted in the air by a system of wires and cables. The concept is visually haunting, portrayed with an Italian Giallo-like overtones and inspires a sense of awe one only can get from something ingenious, fitting since this room became a bit of a sale art for both the film and the Robin Cook Novel it was based on. 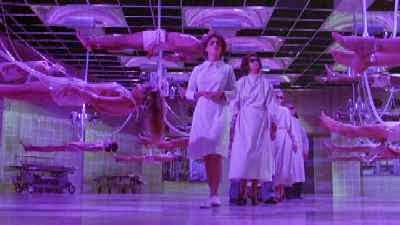 It's a bit slow at first but when we finally got our first onscreen coma case, the movie begins to pick pace and fluidly moves forwards thanks to Bujold's rootable performance. We also had Michael Douglas in one of his earliest big screen movie roles as Dr. Mark Bellows, an on-off lover of our heroine with a well-played friend-or-foe characterization, adding up once more to the paranoiac tension our casts had to deal with that is best described as Hitchcockian.

It's a little outdated but Coma works pretty good; like a gothic horror mystery with a clean-cut hospital for a backdrop, this movie has twists, shocks and thrills awaiting for you beyond the white halls as a sinister plan goes unveiled one scene at a time.