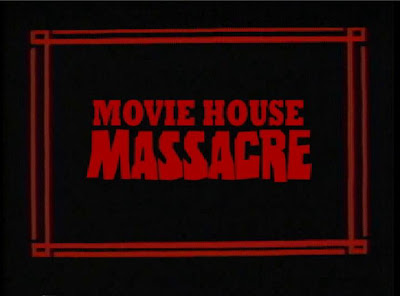 From the mastermind who brought us the atrocious Hobgoblins (1988) comes this unlikely 80s slasher entry which may as well be a fine example of how the sub-genre was losing its cool in the latter part of that decade. 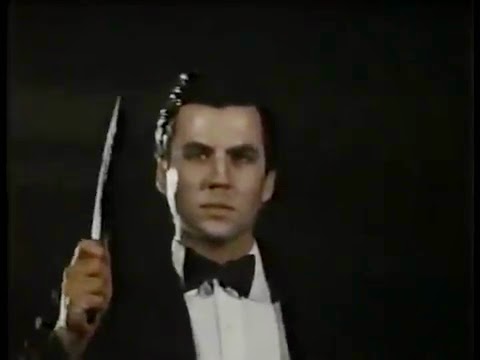 Opening act; some sweaty looking theater manager goes around the joint searching for his lover and eventually finds her cuddling with another guy. Distraught from what he just saw, sweaty guy sets one of the film reels on fire backstage and, well, gassed his patrons to death. (You would think a roll of film (which is mostly nitrate) would ignite at this point and set the building ablaze but no, all we see is a theater smoking up in a minute and a bunch of people lying on the floor, supposedly dead. Also, sweaty theater manager knifed the ticket lady to death just for the heck of it.) 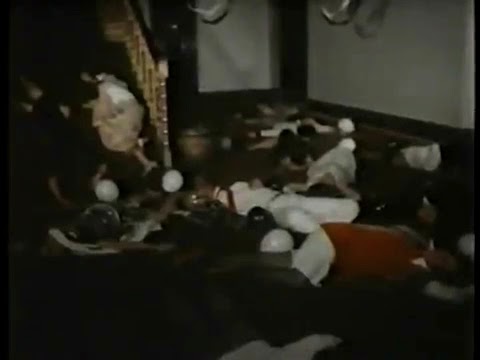 Fast forward some years later, the seedy manager of the equally seedy Spotlite Theaters is expanding to their eleventh location, which so happens to be the same movie house where the opening massacre occurred. (of course) He sends three of his employees to spiffy up the place so they can have it ready for the grand opening night, without pretty much telling them of the place's history. 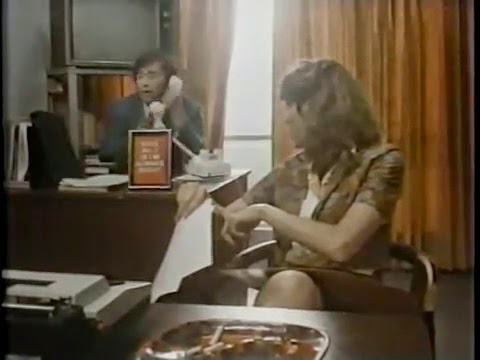 Don't ask why he didn't. I was busy chanting a mantra for myself to finish the film and do a fair review here just for you blokes and gals, so I may have missed it. All I know is that there was a promised $1000 bonus on their paycheck, so a projectionist, his girlfriend and some random guy who barely did anything (all of them teenagers) agree to help. Soon, they start experiencing spooky things like doors suddenly locking up, stuffs flipping over, smoke coming out of nowhere, and there's an old guy in a tux and a knife killing random teens that goes inside the theater for God knows what reason. 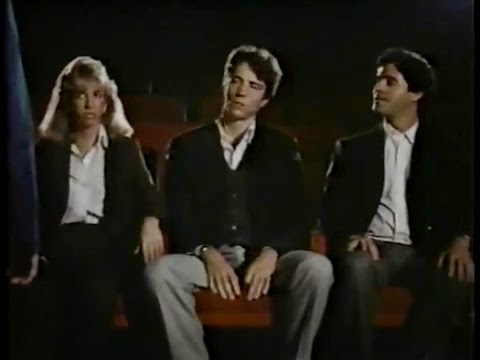 This is as far as the plot goes for clarity and it's kinda all there is too it. The actual execution of the movie have more "random unfunnies" that fail miserably, inexcusably outrageous cheesy characters, blood-dry death scenes (one guy gets beheaded and there's hardly any blood spurting out of those stumps) and countless plot holes that really (and I mean really) show no one knows what exactly is going on with this movie. 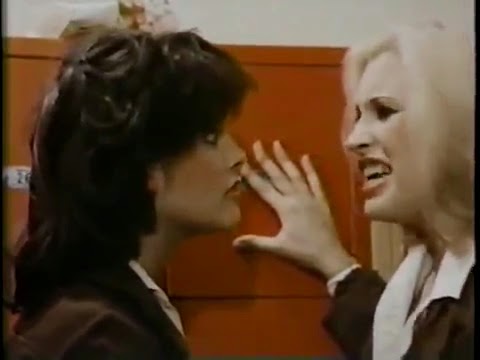 There are scenes that could have been (or was) intentionally hilarious but with the overall tone of the movie and the badly acted parts? Yeah, nothing kills a gut-busting laugh faster than overcooked (or undercooked) performances sided with a zero budgeted production. Heck, you can tell how desperate this movie was to top whatever slasher title popular then when they decided to suddenly give our killer supernatural powers even if the opening act barely made any indication for such a thing. For all we know it could be the ghosts of his victims haunting the place but they appear to be assisting their killer so I'm not too hot for that explanation myself. Even with this "development", The Movie House Massacre hardly lived by its title with most of the murdering happening offcamera (or hardly seen due to the lighting. Again, zero budget) and, well, it's just too silly to satisfy a blood crave. (A victim died sliding down against a wall while some supernatural wind blew at her. Must be death by ghostly orgasm.) 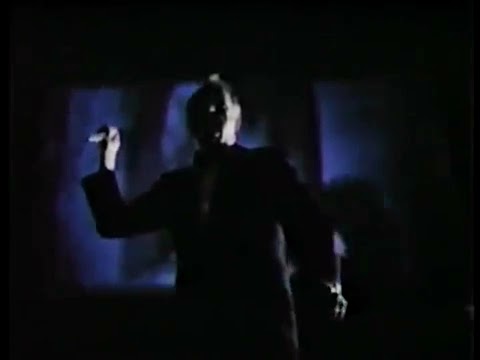 Incompetent, unsatisfying and simply shit, The Movie House Massacre is that one kind of movie you just have to see to know how bad it is. So bad that many tried to keep their sanity by pretending this is a slasher spoof; might have worked a lot better that way but, again, it's not even "so-bad-it's-funny" funny. With no shred of excitement, originality and at least a single working element to go by, just take our word for it and leave this slob alone unless you're to poke fun at it.