Just take one good look at one of the teaser posters for this movie and you'll know what's in store for us here; a sexy villainess and a whole lot of blood.

Brazilian actress Paz De La Huerta plays Abby, a provocative nurse working at a prestige hospital by day and moonlights as a serial killing vigilante targeting adulterous men by night, thanks to a traumatizing childhood wherein she killed her own cheating father. 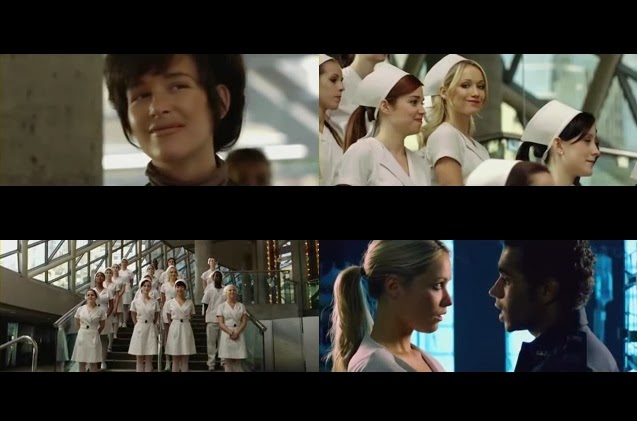 Tension rises for Abby the day a set of new hires gets welcomed and she becomes the mentor of one of the newcomer nurses, Dani, whose pretty face worked through our titular nurse and is instantly her obsession. Attempting to get Dani into her life through means of blackmail and stalking, she sly through suspicious eyes using her charms, perfectly moulding alibis to make it look like she's the victim of Dani's "obsession" while occasionally murdering those who got in too deep on finding out about her past, or those who hinder her from her goal.

In the near end, it all spirals down to Dani trying to prove her innocence and stop Abby before she completely destroys her life and pretty much slaughter everybody else around her. 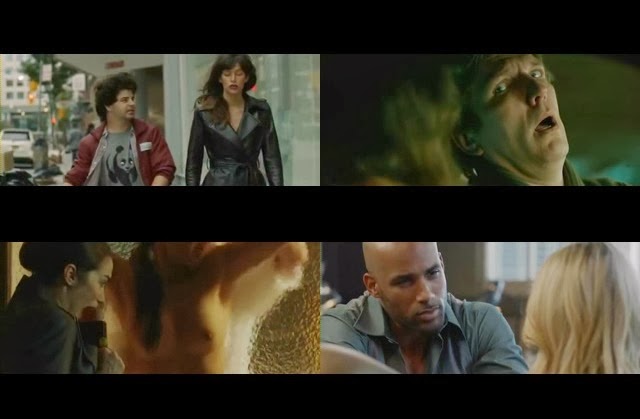 There's a genuine grindhouse feel to the movie, busting out jokes and jobs that mainstream media is often careful about unless they wanted angry mothers complaining about their sons jerking off to the film; as provocative as it is however, Nurse 3D soon turns to dark and mean-spirited dimensions as Abby went on a killing spree in the same hospital she works at, as security, staff and even helpless patients get brutally murdered with much bloodshed as a slaughterhouse. I'll be frank here; while the film highlights itself as sexy, quick and slick, the murder spree in the climax is personally the biggest catch for me as I think effectively evoked the fears of being medicated in hospitals.

Just picture this: you're weak, alone, either undergoing or resting from a life-threatening surgery, and all of the sudden this maniac just comes right at you with a scalpel and stabs you to death. What did you do to deserve this? Nothing, you're just unlucky. Unlucky that you have to be in the wrong place at the wrong time, and unlike killers like Colt Hawker from Visiting Hours (1982) (one of the many 80s hospital themed slashers), she did it without rhyme or reason at this point. Now that's darkly unsettling.

Performances apart from De La Huerta were spot on as well; playing our goodie girl is Katrina Bowden, who many of you backwoods horror fanatics will remember as the not-so-but-thought-to-be-doomed female lead Allison in Tucker and Dale vs Evil (2010), here playing a similar trait but only with enough spunk to actually tackle our villainess in a cat-fight. Others thrown in would be Kathleen turner in a brief cameo as the Head Nurse, Judd Nelson as one of the main doctors with a taste for ass, and Adam Herschman from the comedy film Accepted (2006) as the hapless neighbor of Abby, who remains unaware of her true character.

Production-wise, the movie never looked cheap; there's some nice 70s artsy touch to the cinematography, camera work that loves the angle and everything just look crisp.

It's pretty sick at times and I came to appreciate that, but in totality, Nurse 3D is a slasher trying to bring out more from its star killer. May not work too well altogether if you already seen movies like Orphan (2009), or Single White Female (1992), but old and new fans of slasher movies will love this fine example of the great lengths the sub-genre will go to entertain for our gory needs, challenge subtle tameness and succeed in being one of the few 3D movies out there that has a workable plot. (Hah! Take that The Final Destination (2009)! Take that My Soul to Take (2010)!)

So, my friends, call it a date night! The Nurse is waiting for you!