The Late 80s is the franchising years of the slashers, where in order to appeal to the still loyal fans of bodycounted grue, especially some particular franchises such as Friday the 13th or A Nightmare on Elm Street, plots were rehashed and re-molded to keep the story going, so long as the tickets still sell and people kept asking for more. It was a tough time for slasher movies, so some of these marketing geniuses even tried to bring back titles you wouldn't expect to make a comeback so late at those times.

Good examples of these would be The Texas Chainsaw Massacre where it got a sequel a decade or so, bringing back the lovable power tool wielder and his another family, and Halloween, forcing the big wigs behind its franchising to bring back the infamous boogeyman Michael Myers after Halloween III: Season Of The Witch didn't appeal much due to Myers' absence.

In 1988 and 1989, two direct to video releases, shot back-to-back, showcased the return of Angela Baker, the Angel of Death from the cult hit Sleepaway Camp, now in full reign as a massacring camp counselor out to kill campers who are very naughty in her eyes. (which, unfortunately for them, means just about anyone)

Will they do just fine for our blood-hungry needs? Let's see! 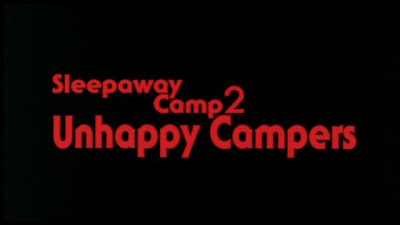 Recapping everything that happened in the previous entry through a campfire tale, a group of youngins from Camp Rolling Hills gets their short shorts sent back to their cabin by a now grown up Angela, released for good behavior, believed to be re-institutionalized and underwent a sex-change operation. One of these youngins got lost and soon gets murdered by Ms. Baker for "telling nasty things about her." (Truth hurts! Ba-dum-bum! Tshhh!) 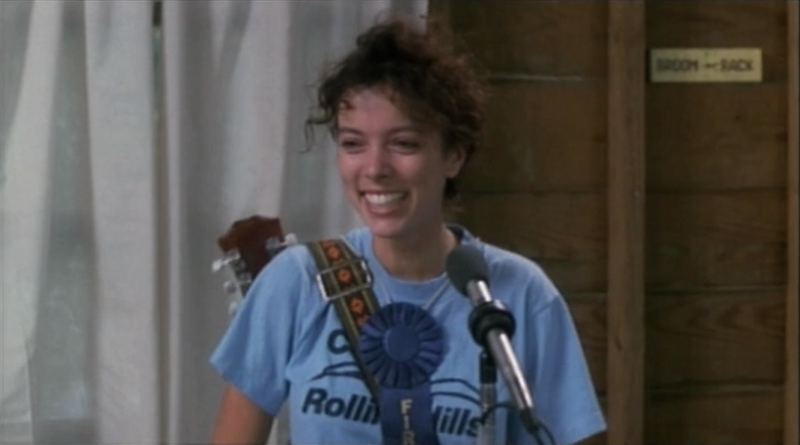 And that's basically it through out the movie! Angela methodically kills off one camper at a time, who were getting high on dope, fucking in the woods, flashing their boobs, taking picture of said girl flashing their boobs, snooping, lying, not apologizing for doing something bad or just simply being in the wrong place at the wrong time. (Each of them noticeably named after the 80's Brat Pack!) She easily disguises her murders as simply "sending the kids home", which oddly didn't raise anybody's attention seeing these kids were "sent home" all too often and quickly. Either ways, by the time the staff, or those few who really cared, notice Angela sent home too many kids, they have no choice but to fire her.

And then all hell broke loose. 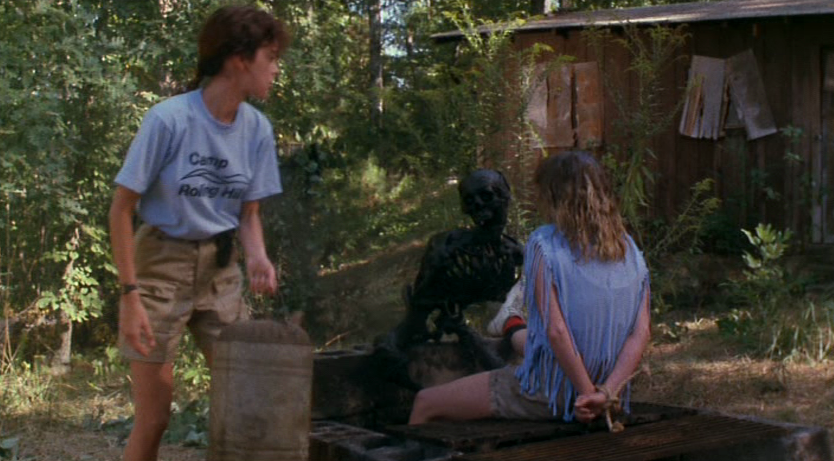 Pure 80s cheddar with a hint of death porn, Unhappy Campers ditches the sort-of serious approach of the original and went on to a campy and unnervingly quirky story of one mad girl, hellbent on murder. Nothing really deep going on here unless you count Angie's little heart-to-heart moments with a loner girl who she has taken interest in, the film focuses a lot on creative killings and hammy one-liners that, thank the gods, aren't ear-bleedingly bad. (I chuckled at its ineptness) More over, the movie never felt like it had a story, just a day in a camp where kids are getting murdered and bad hair is the law. That said, expect a lot of random teens being tossed to heighten the kill count and a redundant pattern for the next 80 minutes. 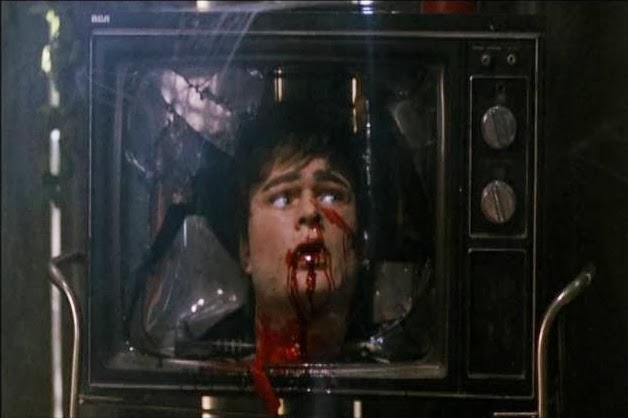 Unhappy Campers may not be the kind of successor you would want for a cult hit like Sleepaway Camp, but it made itself let loose favorably and become a worthwhile movie with colorful gags and murders that simply reek of nostalgia. One fan favorite scene has Angela killing two boys dressed up as Jason and Freddy with weapons associated with these slasher stars and, for one moment, dressing up in a mock-Leatherface get-up. So if we ever have one of those can this guy beat that guy? discussion, least we can thank her for making Jason vs Leatherface happen on screen.

A quick and quipped entry to a franchise no one expected to return, but by far the best among the line's sequels. 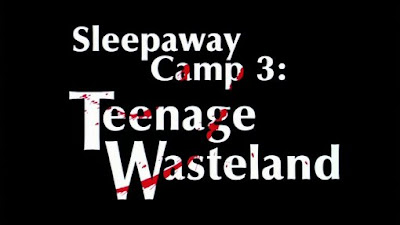 The next follow-up to the Sleepaway Camp legacy was rather a dry bone; opening strangely in the city (rather new for a backwoods slasher in the 80s), we watch one hapless teenage girl get chased down the alley and ran over by a dump truck in broad daylight, through a populated street. The driver was, no surprise here, Angela Baker, now posing as that angry city kid living in the projects she just murdered, taking in her place to go on a camping program in the newly opened Camp New Horizon, which so happens to be nearby Camp Rolling Hills. (Ah, memories, right Angela?) 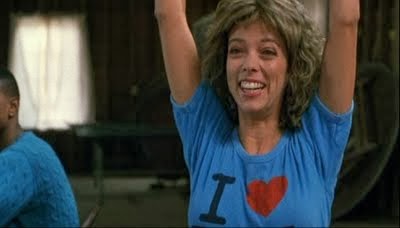 After being acquainted with other campers from different social classes partaking in this "experiment with sharing", the pack gets divided into three groups, wherein Angela systematically kills off one individual at a time, before moving in to the next group to start all over. 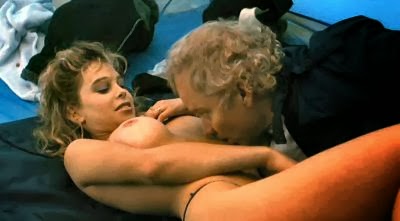 A little disappointing plot-wise; it's a routine runaround of simply Angela killing someone, ridding their bodies, lie about their deaths to another somebody who's gullible enough to believe her and may or may not be the next to die; kinda like Unhappy Campers only a little duller now that you know what to expect.

Even Angela's quippy personality is downplayed here; not that she isn't adorable with her one-liners anymore, just that her supposedly sullen city-raised character got rid most of the lovable cheekiness of the psycho persona from the previous movie. Also dropped disappointingly is the sub-plot of a father of one of Angela's victims, which happens to be a police officer, vowing vengeance against her if he ever found out she's back. This, sadly, was just a red herring and this guy gets dispatched too quickly.

And yet, by far, Teenage Wasteland is still a passable watch for a slasher. It's quick in its pace, trashy and cheesy at the same time, glorifying itself with vicious murders and some gags against stereotyping. I mean, where else can you find a horror couple that didn't end up kissing each other in the end because the girl already had a boyfriend back in the city. (And it took her this long to tell him, why?), or have our killer compose her own rap song? And a catchy one, even! 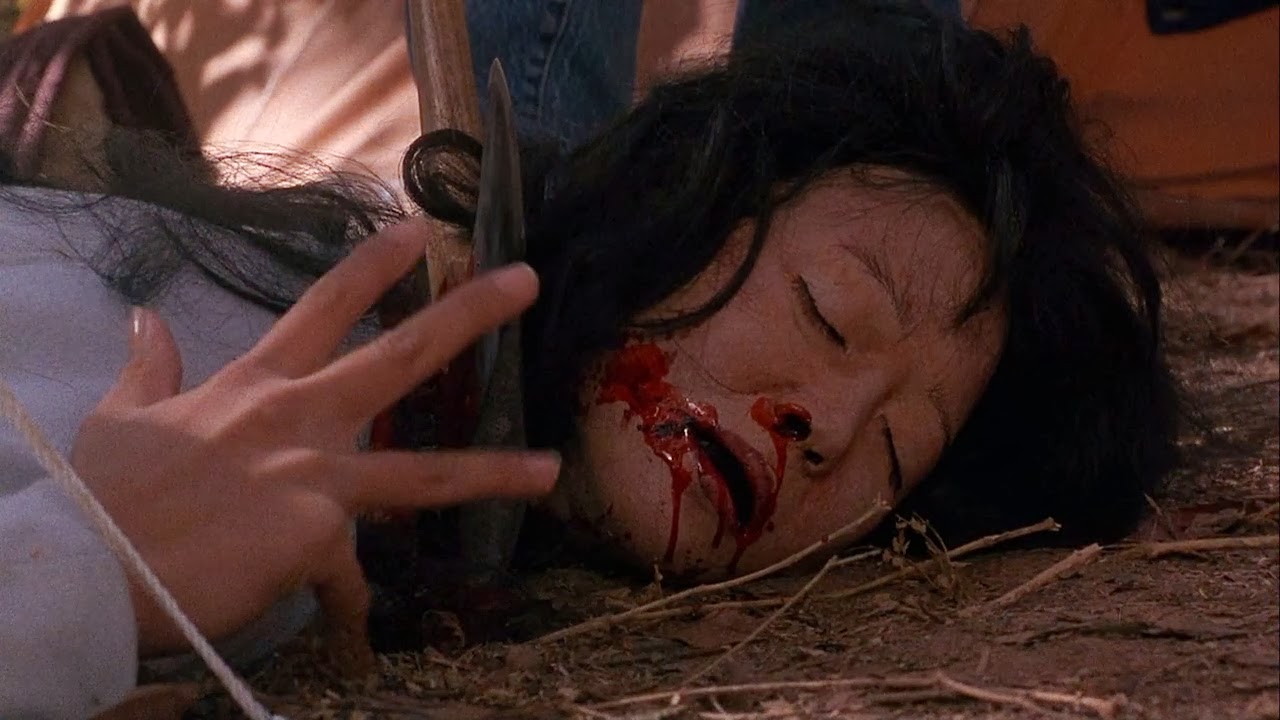 It's silly and cheap but not too shabby on the bloodletting, this is one slasher junkfood meant to be enjoyed with a free mind, no-logic and a whole lot of quirkiness. Not the best in its series, but still passable on its own.

Bodycount:
1 female ran over by a truck
1 female accidentally snorted powdered lye, poisoned
1 male beaten and impaled with a dead branch
1 female beaten with a death branch
1 male got his face blown off with a firecracker
1 male bludgeoned with a dead branch, set on fire
1 female decapitated with an axe
1 female hoisted and dropped from a flag pole
1 female buried up to her neck and had her head shredded with a lawnmower
1 male got his arms tied to a van and torn off
1 male gets a tent spike hammered into his head
1 male shot
1 male and 1 female axed on the chest
1 male stabbed on the chest with a syringe
1 male stabbed on the eye with a syringe
Total: 16
Posted by Kaijinu at 10:13 PM