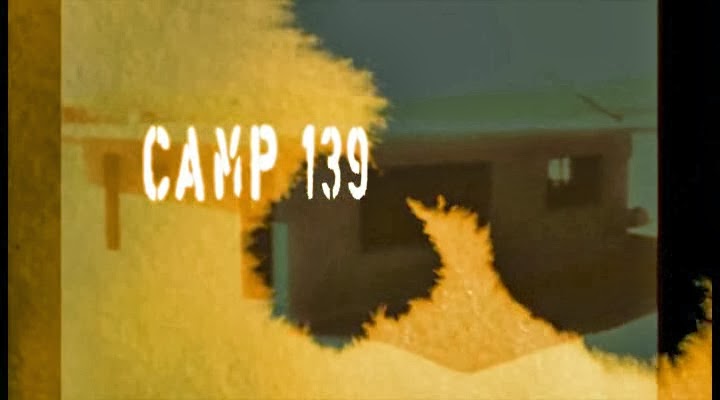 How can you mess up a backwoods slasher? Apart from doing everything by the book without an effort? Well, I'll tell you: underplaying the clichés.

Camp 139 looks like any other backwoods horror flick ever made, though it's opening showed us something rather different; in 2007, a kid is seen strapped to a hospital bed while a doctor tries to inject him with a drug. A brief struggle happened and doc was stabbed on the face with the syringe. More orderlies came in to restrain the boy, successfully drugs him, not even giving a bat's eye to the may-or-may-not-be dead doc with a friggin needle on her face. 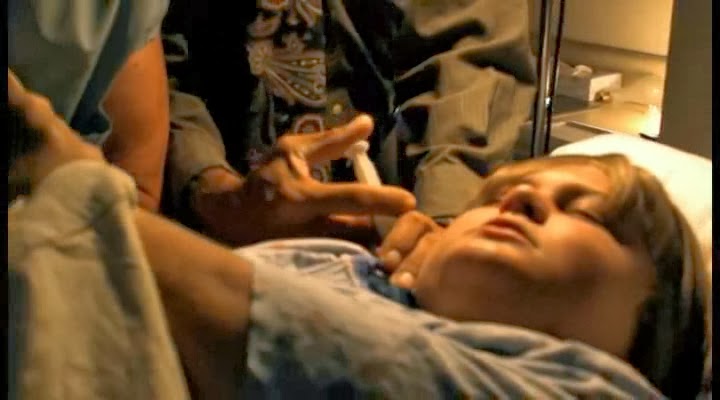 Cut forward to the present, two couples decides to go out to the woods for the classic rest and relaxation, with the added bonus of weed smoking, complimentary of a drug-scoring brother one of them is related to, and premarital sex. One suspicious encounter with a local sheriff later, they did get to their site, set up camp, tell spooky stories about some haywire medical experiment done by the Government to create super soldiers (an abandoned military hospital was nearby, as it should) and went on to the next day. So far, this is nearly at an hour mark, and no dead bodies yet.

The following morning, the girls went on for a swim at the falls until one of them caught something lurking in the woods and was freaked into leaving. Safe to say, one of these girls didn't return to the site, leading one of them to go out and look for her, and finally gave us our much awaited murder.

Sadly, this uninspired review you're reading right now is nowhere as dull as these killings are; turns out some guy in a baggy gas mask is taking nearby campers and disemboweling them with his bare hands, and how long did it take for the rest of our cast to figure something's wrong? Well, it's an hour passed and a few minutes counting down to a hasty "climatic fight" against the killer, ending in just a few seconds to give the last ten minutes explaining what just happened. I could go on what it was in detail, but to save myself from wasting another brain matter doing this review, all I could say is that one of the campers is the culprit, a character they met before knew this was gonna happen, all ending with a bad end. The End.

A very lame and cheap attempt to bring something entirely new to the genre, Camp 139 is really nothing more than a bodycount-tame wannabe slasher, taking cues on conspiracy and/or experiment-tied origins and atmospheric build-up as a strength, only to mess it up and drag along pacing problems, uninteresting dialogue, cardboard scripting and acting, no-budget special effects and low gore and/or scares into the wreck.

Positives? I got nothing. Probably gave some tiny shred of rating for the on-screen child disembowelment, but everything else is pure horseshit. Skip it!