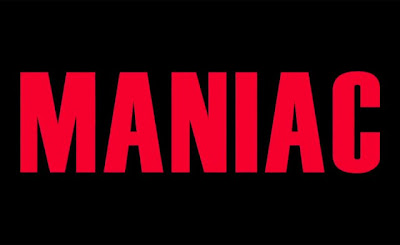 When I heard about Alexandre Aja's involvement in remaking Maniac, the one movie I was really hoping no one would touch, I was excited yet somewhat terrified; I know that under his supervision, a film wouldn't be that bad, (like P2. Yes, I like P2) but with all the remake hype having a 50/50 chance of working or not, I can't help but have second thoughts since they are, again, redoing a genuine horror classic here. One with a large cult following with rabid fans ready to tear someone apart once this film ends a complete mess. So can this new Maniac hold out to the original, or at least have a stable hand to the torch?

Surprisingly, yes. Yes it can.

The film follows Frank, an estranged loner who lives in his late father's mannequin store, doing restoration works and gets repeating episodes of migraine-inducing hot flashes wherein he remembers the neglect and abuse he had with his mother. At night, he vents out these memories as a serial killer hunting women for their scalps, hoping to place them over the mannequins he keeps as he pretends they're alive. But after meeting a beautiful photographer who took interest to his restoration works, Frank finds himself in conflict with his inner demons, hoping to change his life for the better. But can he really do it?Just how long can he last being normal before he wields the knife again?

The original Maniac rolls with relentless gore, misogynic view and a very bleak portrayal of a man's deranged psyche. The remake here did very little difference from that as it's still as bleak and misogynic as the original wanted it to be, and though the creativity of the kill has been reduced to brutal hunting knife stabbings (and scalping) the gore is still gleefully present.

Although, what was interesting here in the remake is that we got more close and personal with the killer than what the 1980s version did. In the original, we watch Frank go through his horribly traumatized serial killer life as an audience, but with the POV gimmick of the remake, we get to see, feel and hear what's really going on with his mind. His fantasies and his turmoils are shared to us like an open book, and so does his troubled childhood which the 80s version only implied. It's distressing as an approach, really, since it taps into the audience's understanding of the killer, albeit this idea might be more gender approached due to it looking more into masculine needs and/or wants. It may divide attention and intention, but all in all the film really works in terms of creeping us out psychologically as we experience the minds of a demented individual, who is surprisingly more a sympathetic character than Joe Spinell's portrayal from the original thanks to the younger and once-questionable casted Elijah Wood. (Not bashing Spinell's performance, mind you! That guy made the original Maniac a classic to remember. God rest his soul)

This is quite a trick that I came to like a lot, as it really gave the movie a real art house feel to it, and the only chances we seen Wood's character was either through his reflections and/or, in one surreal moment, when the film slowly shifts to a third person's point of view. And speaking of casts, I love how almost all of the them were well acted; Nora Arnezeder plays the female lead, Anna, which was a real doll in this film as she befriends Frank without bias. She's this one shred of hope for Frank leading an otherwise normal life, but with Frank's haunted pasts coming back and forth, her presence somewhat brought some worthy tension the movie needed.

What I also like about this remake is that it managed to adjust everything that made the original a successful horror movie to our time without completely messing it up; as I mentioned before, the kills were reduced to simple hunting knife murders with little variations here and there, as oppose to the wide variety of murders done in the 80s version, such as the now infamous head decimation ala shotgun and my personal favorite sword kill, but this proves to be quite necessary as it gave the film a realistic feel to it, and, for all honesty, the gore is still vicious with all the scalping done and the bloody-brutal climax.

Cinematography had us looking as a random city which can be paralleled to our gloomy yet contrastingly vibrant world, and too some cool fantasy symbolism. The scoring for this movie adds up to the nihilistic tone and also gave it a bit of retro-feel through the use of synthesizer music and one soundtrack played that pays a lot of tribute to another movie with a skin-obsessed serial killer. (It's Goodbye Horses by Lazarus Q, which was played in Silence of the Lambs) It's a real ear of a score, so that's one more point up as a remake.

I really don't know what e;se to say; this movie caught me off guard to how well made it is. I try to find a flaw from it, but as far as I can see, Alexandre Aja's Maniac is as near-perfection as the original Maniac! Perhaps they can be twins? If yes, then look out, world, the impossible happened again with great results!