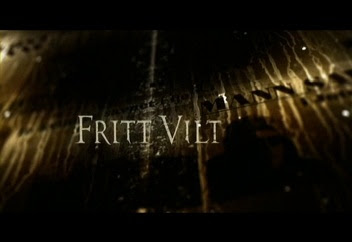 Was there a good reason to call this movie a perfect example of a slasher film done right? Was the movie's simplistic plotting enough to elevate any fans of the sub-genre into accepting it? Was the victim count of possible five enough to create a satisfactory bodycount?

We open with a boy bearing an unusual birthmark being chased on the snow by someone. The boy then slips off a cliff and got stuck on the bottom, wherein his chaser buries him alive as they kicked out more snow at him.

Skipping ahead years later, five backpackers on a winter trip visit some snowy mountains to board until the sun sets. Everything was going according to their plans until an accident got one of them crippled. Threatened by an incoming snowstorm, the group had no choice but to walk back on foot, carrying their injured friend, until they find a spot where they can be safe. Luckily for these kids, they managed to spot an abandoned hotel at the middle of the mountains by nightfall, apparently the home of the chased boy in the opening.

With beds to sleep in, a stocked freezer and a warm fire for the night, the group decided to stay and plans to get help when morning comes or at least until the snowstorm subsides. But one superglued wound and bickering couple later, the thought-to-be isolated motel didn't turned out to be that isolated at all. Someone inside, armed with a pickaxe, isn't happy with their company. In fact, he has a point to make through with all of them, one swing and hit at a time...

Snowbound slashers like Ghostkeeper, Satan's Blade and Iced provided us big possibilities on making winter wastelands a great premise for a cat-and-mouse antic, the only catch being how effective the movie's direction's gonna make it work. Cold Prey is Norway's answer to this, taking some cues on a wide variety of snowbound horror movies other than slashers alone. The movie's secondary location, a run-down, isolated motel, is an obvious shout-out to Kubrick's The Shining and interestingly managed to capture the sense of dread and tension Kubrick's movie have, played around with a low cast number pitted against an unseen foe in a territory they're unfamiliar with, thus leaving many open spots for the killer to strike.

True enough, the killer begins to kill them off after a hour mark or less, with the first third focusing more on building around the characters for us to familiarize. It works, but the film's mistake was that while development calls for some pacing so we can catch-up, by the time the killings starts, the film still drags along in hopes of building more suspense but it never went well with the hysterics and mayhem the killer's causing.

Never the less, Cold Prey still made it through as a throwback to the basics of what makes a slasher film good. The killer's menacing with his mute persona and hulking appearance, donning a ski-mask, goggles and one thick fur coat while brandishing a mighty and tainted pickaxe, with very little known origin adding to his enigmatic existence. Murders aren't as gory, however, but it is bloody enough to provide for a satisfied slasher fan. There's a "twist" in the end but it makes as much sense as the so-called "twist ending" from Russia's own Trackman; where it reveals something that hardly cracked any mystery from the actual movie itself.

If it wasn't for these little mishaps, I would had granted Cold Prey more to rate for its "perfection". Not the most body-littered slasher in a decade where the bloodycount counts, but otherwise forgivable and welcome attempt for a foreign dead teen film.

Bodycount:
1 female hacked to death with pickaxe
1 male snared with bear trap, neck broken
1 male pickaxe through the back, exit to chest
1 male pickaxe to the head
total: 4
Posted by Kaijinu at 1:26 PM