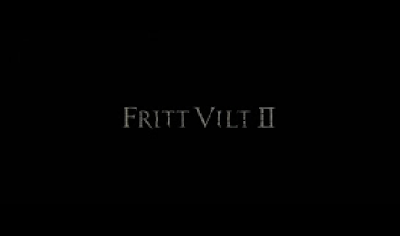 Remember how Carpenter revisited his slasher classic Halloween (1978) with a sequel taking place in a near-barren hospital? Remember how good Halloween II (1981) was with all them dark corridors and tons of medical equipment begging to be perverted into murder weapons? Now, remember all those that tried to copy the same plot point: psycho loose in a hospital, bent on murdering the wounded and the sick, either for kicks or to lure out his primary target. True, many tried and failed to follow the same pursuit, but there were some that have been welcomed to the growing slasher family. Titles like X-Ray (1982) (or Hospital Massacre) or the cult fave Visiting Hours have been passed around and recommended to one slasher fan to the next, but now let's look to another imitator, also a follow-up to a hit, but with with an accomplishment that many sequels rarely done: it improves.

Starting off a few moments where the first film left off, a police cruiser nearly hits the lone survivor of a horrendous massacre while investigating an empty car left in the snowbanks. The survivor, Jannicke, later collapsed from exhaustion and is taken to a nearby hospital where she's treated and interrogated by the responding authorities. After telling her accounts of what happened that night, the cops venture into the cabin where the murders took place and, sure enough, find the bodies of her friends. And of their killer.

Still haunted by the events that night, Jannicke tries to attack the killer's corpse out of sheer hate when she's taken to the hospital's morgue to identify the bodies. (And this is gonna help her get over the trauma how?) Things go for the worse when, aside from being restrained to her own bed, she finds out that the killer somehow survived being hacked on the chest with a pickaxe (and falling to his death), convulsing into one dramatic resurrection and is now silently killing off those who unwittingly brought him back to the living (It's the slasher way of saying thank you, after all!), forcing Jannicke, the staff and patients to defend themselves against an unstoppable killing machine.

What makes Cold Prey 2 a better movie comparing to its original is that it answered a lot for what lacked in its predecessor. Whilst the first Cold Prey movie is an impressive atmospheric take on the basic slasher skeleton, obediently following every trappings known in the sub-genre without the need of parodying it while adding a few personal touches to it, the actual murders itself is far from impressive as it lacks the needed impact due to the film's inability to adjust its pacing to befit the violence. The sequel, on the other hand, have gone to a more action-oriented pace, molding a surprisingly great number of impressive scenes involving high tension stalking and bloodier (if not more creative) kills without being muddled away from unnecessarily prolonged character developments. True, the cast did make a great set of characters you get to care for, but the script and direction thankfully decided not to focus too much on building these group to the point of overcooking.

What really impressed me the most with Cold Prey 2 is Ingrid Bolsø Berdal's character Jannicke's likable transformation from a survivor to a strong-willed avenger. She's like when Laurie Strode from Halloween H20, who, after some time living under the trauma she's suffering from, decides to fight back and finish off the main monster that ruined her life; only here, Jannicke tries to level with those who disbelieves her and didn't spent much of her time sulking. (She did for some time, just more bearable.) Aside from her, as of any slasher films out there, the main star of the movie is still the killer. Nothing much changed from him since the last film, though now he somehow acquired the ability to regenerate himself, something that they try to keep realistic but, seeing this is a slasher flick, it's best not to try.

Can't actually tell where the film falls flat seeing it actually played the game straight on as if it hitched and drove the slasher rules right into every track. I may say that those who're not aware of what happened in the original might get a little lost to everything that is happening here, but I find this sequel standing strongly enough on its own that watching the first movie isn't really that necessarily to catch up.

Eitherways, completist and hardcore slasher fans will surely love this labor of improvement. Cold Prey 2 closes the saga quite early (and tried to do a full circle by making its third and final entry a prequel), but it did it with a bang (literally) the most fun than what most sequels can offer.

Bodycount:
1 male had his throat cut with scalpels
1 female bashed to death with fire extinguisher
1 male had his neck snapped to the back
1 male snared, pickaxed offscreen
1 male had an arm lopped off, pickaxed
1 male gets a pickaxe through the head
1 male bled to death from pickaxe wound
1 male gets a pickaxe through the chest, shot on the face with shotgun
Total: 8
Posted by Kaijinu at 12:04 PM