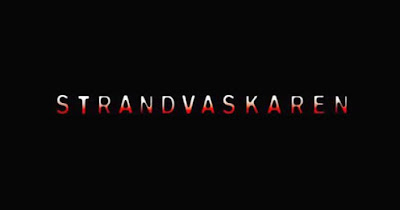 A nearly harmless saunter down familiar paths, Drowning Ghost is as standard as standard can be when it comes to being an early 2000 teen slasher, with the only variety offered is that it takes place in Sweden. And it's in Swedish. (Because it is made in Sweden. You see where I am going with this, right?) 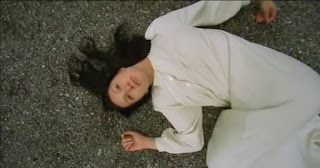 A century ago, a vengeful local farmer murdered three students at the Hellestad boarding school before drowning himself in the nearby lake. Now as the school's legend has it, the farmer's ghost (the titular "drowning ghost" or Strandvaskaren) returns once every year on the day of his death to wander the school's halls and a grim tradition among the students is to have a party at that same day, in the barn where the farmer once lived. Now if that's not troubling enough for you, an intern at the school named Rebecka also took her life a year ago, by jumping off from the school's tower in front of a gathered group of students. 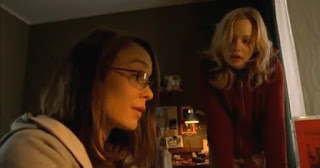 Forward to the present, Sara is one of the people who witnessed Rebecka's death and is currently researching the history behind the "drowning ghost" for her composition, two things that most likely factor her as our lead girl and will soon be stumbling unto dead friends as a masked killer has started making short rounds hacking people within campus. Could this be the farmer's ghost in the flesh? Or someone who have something to do with the suicidal Rebecka? 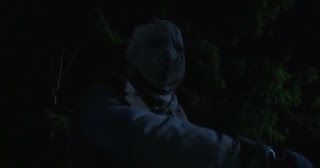 Despite the interesting lore behind the school's unusual celebration (which awfully reminds me of Urban Legend (1998)'s Stanley Hall massacre frat party) and the movie's competent looking production value in terms of camera work and score, Drowning Ghost sadly fails to make a mystery anymore exciting than what it already is, missing out on plenty opportunities to build a more complex whodunit out of the two to three overlapping red herrings it features. Its overly simplified direction, numerous plot holes and lack of interesting characters definitely didn't help improve Ghost's recycled collection of 90s teen slasher cliches, though this isn't to say that the movie didn't have its fair share of surprises nor is it completely unwatchable. 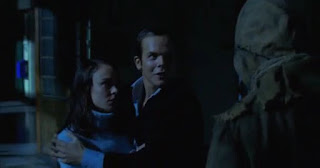 For its worth, Drowning Ghost at least has a workable mystery run and a fine concept for its ghost story backdrop. The casts involved are okay if not a tad too serious with their performance and the featured killer looks alright with their simple sack masked get-up and fairly unexpected reveal. The murders, despite having a decent variety, could have used some more onscreen carnage or at least some blood splatter or two though, but with the aim being more on whodunit thrills, I can understand the tameness.

Far from memorable, Drowning Ghost is simply just okay. Nothing groundbreaking or too offensive in the eyes, it's a foreign teen slasher made for sub-genre completists and/or forgiving horror fans who have the patience to sit through a predictable mystery.

Bodycount:
1 female falls to her death
1 male had his head bashed against the wall
1 male stabbed to death
1 male decapitated with a scythe
1 female found with her head impaled unto a coat hook
1 male struck on the face with a garden fork
1 male knifed on the leg, killed with an axe
1 male stabbed on the gut with a pitchfork
1 female killed offscreen
1 male skeleton found
Total: 10
Posted by Kaijinu at 6:19 PM