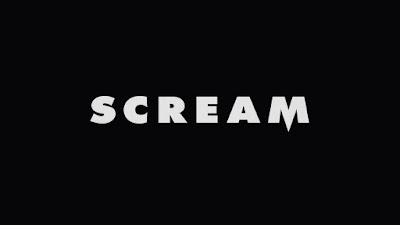 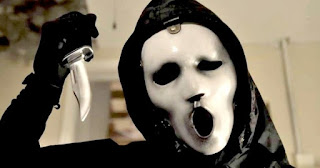 In a way, turning the classic teen slasher franchise Scream into a TV teen horror series seems like a fair idea to try, especially since the films themselves have a whodunit flair which can be easily translated into a TV drama albeit a tad less bloodier and possibly less cheesier. The question remains, though: will it have the same feel of the movies? Can it be fun all the while witty?
Yes and, er, no.

Much like the movies, Scream the Series starts with the death of a blonde girl, this one posting a viral video of two other girls making out in a car before finding someone in her home literally giving her a head and the wrong end of a blade. This murder inevitably gets around town by morning and old memories of a local killing spree resurfaced among the older townies, which also sparked the interests of some curious youngsters. 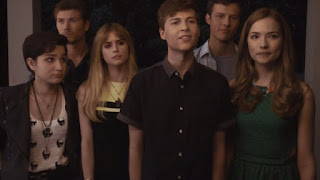 Caught in this web of intrigue is one Emma Duval, the daughter of the local medical examiner and a friend of one of the girls in the viral video. Not long after the killing was made public, she somehow got the attention of who could be the murderer responsible, taunting her as they begin slaying off those associated with her. Could this just be the sick work of a maniac without a pattern, or does Emma have a thing or two connected to the killer?

Standardized in almost every way possible, Scream The TV Series didn't really deviate itself that much as a small screen mystery drama apart from taking some jabs from late 90s/early 2000s teen slashers. For ten episodes, its mystery gets churned and stretched out to as many red herrings as possible in an attempt to build around the mythos of the series' universe (since, despite being called Scream, it has nothing to do with the film series' continuity), as well as develop the characters involved for that classic teen TV drama flavors of bad relationships going bad or better. Often at times it can work in the midst of the growing bodycount as broken friendships mend and family secrets are revealed which sometimes bring forth sympathies to unexpected characters, but it has the tendency to slow and drag things down making the series quite tedious to sit through, especially around the middle episodes when the whole plot suddenly goes dry on the bloodletting and even gave way for some sort of ghost thriller as visions of one of the victims (of an enjoyably brutal murder) suddenly starts making appearances to lead our main character to some clues. (Strangely out of place in what is mostly a realistic slasher series) 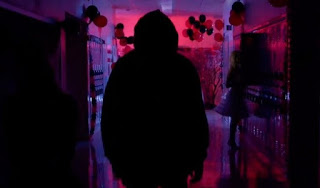 All sets itself up straight no soon after in the next few episodes (thank God) as the killcount continues and the plot thickens, but it's mostly everything you've seen in a slasher by then, down kids going down to a lake and a twisty reveal that kinda made sense.With all of this being said, Scream The TV Series could have been better; while the whodunit is good and it did manage to develop its characters, including you normally expect to bite it as a nameless lamb existing only for the kill count, it definitely needed some work with its pacing and balancing out its subplots. Perhaps some additional victims and more creative killings would have also made this series a tad more exciting, but from what we have right now, Scream The TV Series is far from the worst small screen slasher series to exist.