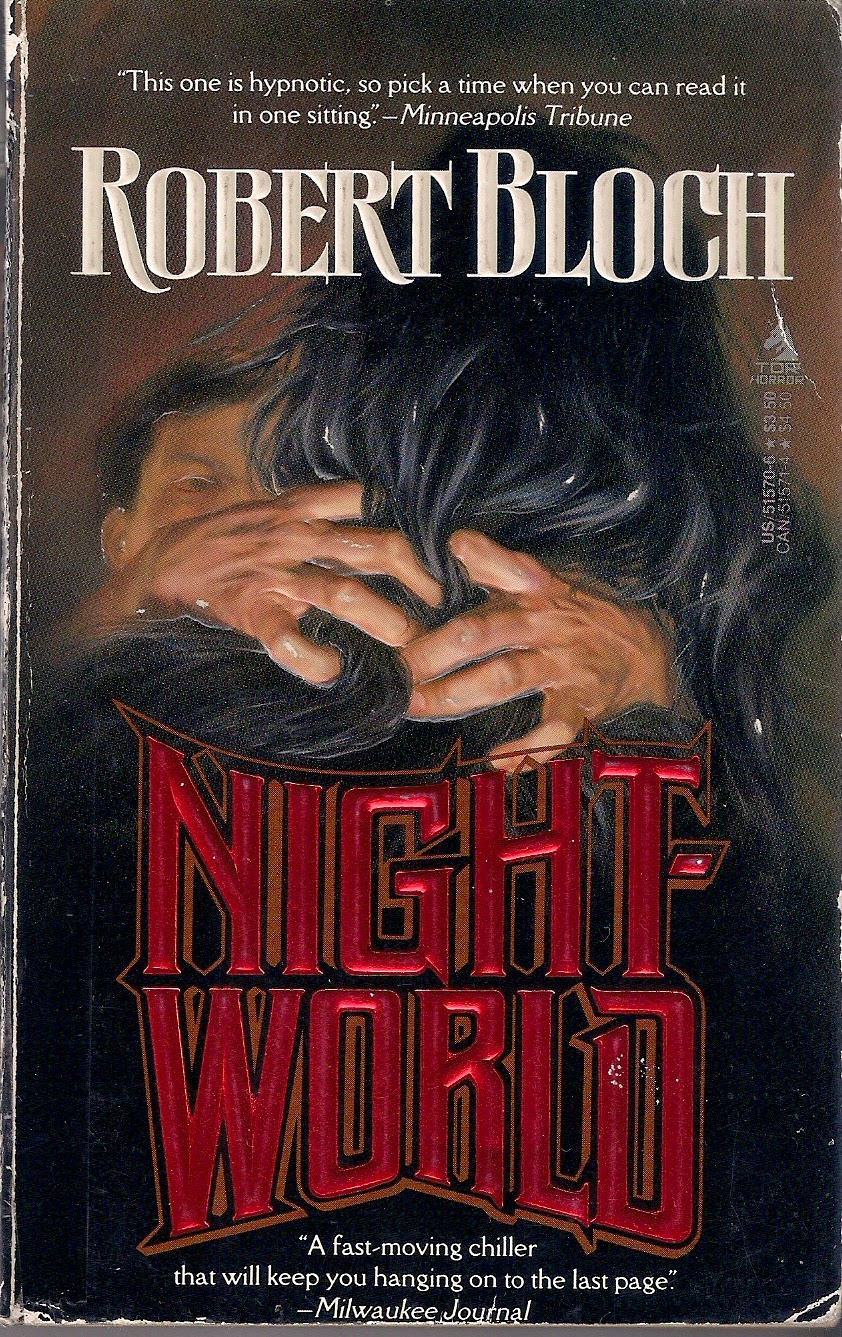 From the very first page, you'll read what describes a brutal murder involving a knife being stabbed into a throat. It's not overly detailed, but beautifully described in its simplicity; thus forcing me to head on and read what will be my very first non-franchise slasher novel. (Or my second if one would consider Agatha Christie's And Then There Were None as a slasher novel)

From the author of Psycho, Night-World is best summarized as a proto-slasher in book form, revolving around an asylum break-out wherein one of the five escapees happens to be very violent, evident from the four murdered staffs they left from the attack. In comes Karen Raymond, who saw the bloody aftermath and is now under the custody of the local police who questions her regarding her husband Bruce, one of the escaped nutcases. When Bruce turns out to be a disturbed Vietnam vet, he, of course, becomes the investigation's lead suspect, thus putting Karen in a terrifying dilemma and fears what would become of her and her husband should he be proven responsible for the massacre, a crime that's getting harder to disprove when the escapees start getting murdered one by one.

A relatively short affair, Night-World fattens its otherwise swift story with flowery descriptions of its characters' psyches and thoughts, most prominent being the killer's as they share to us what they believe is wrong with the world, and too Karen's whenever she contemplates about how guilty her husband really is. These mind-plays are usually huddled along with the leading investigation towards the killer's possible identity (the records were burnt during the escape) and location, toying around with the reader's expectations though, in occasion, at the cost of hobbling the story down from the overall drama.

Selected chapters are dedicated in building up the murders, some focusing solely on the victim's backstory first (if not providing witty observations of contemporary 70s culture on the side) before ending it with their demise. Details surrounding these deaths are usually written in simplicity and lacking much ferocity and bloodshed one may expect from a slasher fiction, but the imagery shaped by Bloch's writing are vivid enough to create some kind of achievable impact, may it be for suspense or violence.

Once the suspects thin down to a few familiar names, Night-World dabbles its last acts within pure thriller territory as investigators and suspects alike are roped into a twist where someone is not who they claim to be and cheesy monologuing expositions are a must. This leads to an ending that felt a bit rushed, leaving us with one character injured and another headless from an accidental decapitation after a brief brawl, but I can honestly say the book could have ended much worse and the hamminess of it all was worth a few chuckles for how theatric it is.

Though undoubtedly no classic, Robert Bloch's Night-World is a fun fast-paced read for slasher fanatics who wouldn't mind taking a simple walk down familiar roads. Its stern yet colorful wordplay built character and a sly black-hearted charm that only fair murder mysteries can muster.

Bodycount: 11
Notable Kill: A dog owner gets the surprise of his life when his beloved dobermans jump at him and maul him to death. What caused the attack is rather ingenious.
Posted by Kaijinu at 2:29 PM