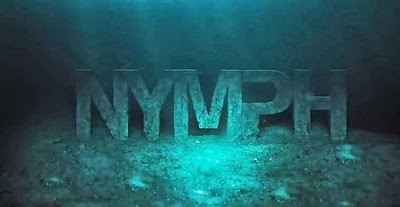 Mermaids in a slasher movie. Things are bound to get weird. 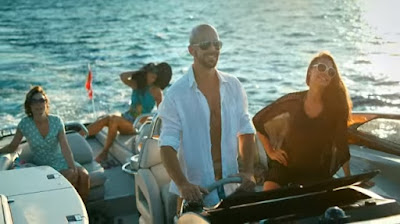 In this cheap modern Euro-horror, we start off with a montage of a random couple enjoying a Mediterranean vacation in Montenegro before getting nekkid and be nasty next to a dock. That is until the boyfriend suddenly hears a faint singing, entrancing and forcing him to dive into the waters and apparently get killed by whatever was making the tune. His girlfriend panics, tries to save him by calling out to whoever can help, which is unfortunately answered by a guy donning heavy black boots and wielding an anchor. As you might have guessed, the guy kills her instead and drags her body to the unknown.

We then turn our attention to a pair of American girls meeting up with an old friend of theirs and his wife, also at Montenegro. They do the typical sight-seeing and boating, as well as befriending a rather lively local who is willing to hang out with them and guide them through some of the more obscure hot spots, including an abandoned prison island known as Mamula.

Ignoring warnings from concerned locals (as slasher victims would), they venture off into the prison anyways, only to discover that not only there’s a maniac skulking around, throwing away hacked-up human parts in a well, but inside said well appears to be a trapped girl. As the killer finally notices them, the group must now find a way to survive and escape. But what of the mysterious girl? Is she worth saving? Or is she something much more than what she seems? 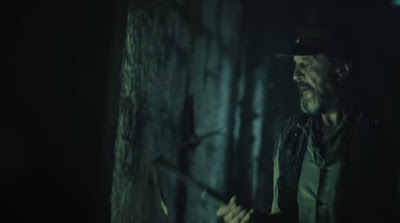 Having monsters in a slasher flick is old hat with genre titles like Alien (1979), The Boogens (1981), Night of the Demon (1981), Silver Bullet (1984), and Pumpkinhead (1988), just among the many already existing prior to this movie. But unlike these films, Nymph took a slight turn on the approach and almost literally have two kinds of films existing together without completely merging.

Despite being the titular creature, the nymph (or, ugh, Killer Mermaid) here was more of a climactic twist reveal, being the (obvious) motive for the film’s slasher's killings. After that, the movie tries to turn itself into a monster flick with the survivors attempting to get to the mainland without being attacked by the mermaid. It would have been alright if it wasn't the last 20 minutes of the movie (and a good dose of that wasted on an exposition concerning the mermaid, the killer and their relationship) making this hardly enough the reason to have the movie be titled after the creature. (Her presence was hinted around some of the slasher bits, though. So I guess that had to count for something?)

This being mentioned, a large chunk of the plot is pure hack-and-slash antics with the killer being both a hunter and a butcher, prowling the night for victims he could turn into mermaid chow. Said victims, a small group of 20s somethings, are also still the dumb slaughterings-to-be who could have escaped their predicament if they just listened. To. The creepy old guy. 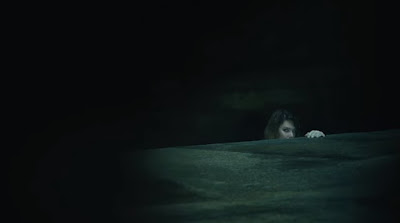 It’s nothing that exciting to be frank; not only do we have a small probable kill count from the gang, but the pacing tends to draw out with all the expositions, people walking and the killer stalking. The murders are not that imaginative, shocking, or memorable for that matter as well, something a slasher flick should try to avoid unless they have a compellingly powerful story to tell instead. (And last time I checked, mermaids are not that compelling)

The film ends with a cliffhanger involving more mermaids and a last minute murder that was a little shocking in nature (Read. “Little”) but predictable, leading to an end product that is an undeniably uninspired horror quickie that would have worked better as a horror short.

So was there anything good to come out of Nymph at all? Well, apart from decent looking actors and Franco Nero being here, not much actually.