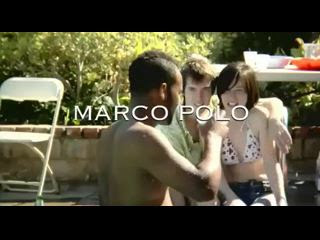 Marco Polo was a Venetian merchant traveler who learned of the mercantile trade from his father and uncle, Niccolò and Maffeo. He will later join them in 1269 to embark on an epic journey to Asia, returning 24 years later to find Venice at war with Genoa. Marco was imprisoned and dictated his stories to a cellmate, who in turn recorded it and used the stories for a book that introduced Europeans to Asia. Marco was later released in 1299, became a wealthy merchant, married, had three children and then died in 1324, buried in the church of San Lorenzo in Venice.

With a life story like that, where does it say that Marco Polo makes a great slasher villain? 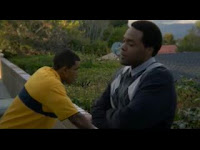 Apparently, you just have to twist the truth all the way around to do just that as, in the world of 2008's Marco Polo, the man was actually a victim of a savage mutiny back at 1324, when his own crew decided to torment him and his family. His eyes were thumbed out, forcing him to listen to the rape and deaths of his wife and children, maddening him to the point of killing some of his attackers before being murdered himself. 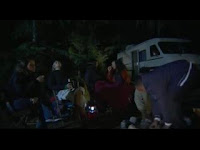 An odd take on alternate history but a passable campfire story for this movie's present day teenage campers to pass around. However, unknown to all of them, the angry spirit of Marco Polo is frighteningly real, haunting the very woods they are staying at and possessing a random masked hunter earlier that day. Inevitably, they are soon hunted by the deranged Polo, machete and axe at hand, and the only way for these kids to make out of the forest is to either fight back, or die in pieces. 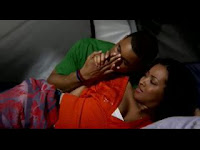 I wouldn't be lying much calling Marco Polo your basic backwoods slasher because it did play as one down to the very tropes. The only difference between this title to most other forest massacres, other than fictionalizing a historical figure into a savage madman, is that the characters were given enough realistic and engaging personalities to at least make their interactions and conversations more interesting than one-liner gags and cheesy woozits, thus rooting for them to survive ain't all that impossible. And with the kind of direction this movie pulled off, much like how the earlier Friday the 13th entries laid low on the bloodshed around the first act to give the kids enough exposure, there's no denying Marco Polo's script and plot works really well, particularly when it also played around with the pecking order. (The nicest girl dies early, for one. Not a pretty sight but all for horror, I guess.) 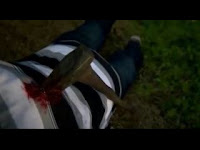 When the killings finally happen, though, things got damn ugly in the right ways; much to my delight, we got gruesome grues in the reddest and splashiest means possible, done away with fairly great practical and make-up effects, with one unexpected bisection being my personal fave. A few of these murders did get a tad silly (death by a nailed rake handle?) but the nasty surprises and unexpected turns made them horrifically fun and horror hound pleasing. 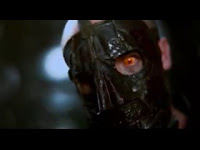 The only problem I got with this movie is that the killer committing them did not impressed me that much despite having a curious backstory. He has the hulking menace thing just fine, but I sincerely find his presence forgettable, lacking any real personality other than "be big and strong" and his overall appearance just doesn't cut it for me. (Camouflage suit and a paintballer's mask. Doesn't say homicidal Venetian to be honest...) In fact, why exactly was this movie slasherfying Marco Polo? The killer here barely did anything 1300s-related like spew out old timey one-liners or wear old Venetian gear, so the ghost possessing the killer meatbag could have been easily replaced by any other angry vengeful spirit. My guess was the producers were trying to do their own take on  "game-based" slasher movies like T.A.G. The Assasination Game or Hide and Go Shriek, evident with the understandably underused gimmick wherein the killer only attacks those who answer "Polo" whenever he ghostly calls out "Marco". I recall this was only used twice in the movie so it didn't really add much to the story and it's honestly silly. But hey, so long as blood and guts be rolling down like rivers, they could have been gimmicky with other kiddie games like balloon volleyball for all I care.

Weird stratagem and odd choice of killer aside, Marco Polo still delivers the goods and more as a forest-bound dead teenager flick and should earn a lookie look for that. It's not doing anything groundbreaking as a slasher but, again, the characters are a decent bunch and the terror they go through is enough to entertain a fair horror fan. It can be a bit cheesy on occasions but what slasher movie hasn't? I say give this one a try should the opportunity ever come and enjoy the horror that is the vengeful Venetian merchant "Marco Polo".

Bodycount:
1 boy strangled
1 female brained with a club
1 female killed
1 male shot with a shotgun
1 dog shot with a shotgun
1 male gets a thrown axe to the head
1 female beheaded with an axe
1 male stabbed with a machete, eyes gouged
1 female had her neck punctured with a nailed rake handle, bled to death
1 male chopped in half with a machete, shot on the head
1 male gets a thrown machete to the chest
1 male hacked with an axe, shot dead
2 females skewered with a spike
1 male stabbed on the back with a spike
Total: 15
Posted by Kaijinu at 10:15 PM

Email ThisBlogThis!Share to TwitterShare to FacebookShare to Pinterest
Labels: 2000s, backwoods, child in peril, if they were slasherfied, influenced, masked slasher, reviews, slasher