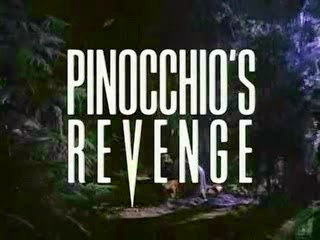 I remember watching this as a a kid barely out of his toddler years via VHS and again as a preteen via cable TV. Of course, I was scared out of my wits at my first round but as I got a little older, I begin to wonder why does it take so long to get around the scary parts. Now, as I write this review, I know.

Rosalind Allen plays Jennifer Garrick, a defense attorney who's currently preventing the conviction of a man charged of multiple child murders, including that of his own son. Strangely, however, the man is more than willing to fry under the chair as he claim he did do it and, with her defenses overruled, the state had their way and executed him despite Jennifer's efforts.

So, she failed to keep a guy from dying for a crime he may or may not had committed. At least she has something to look up for once she gets home, right?

Well, it may not be as bad as getting your client to die at the hands of the government, but Jennifer's daughter Zoe has been acting up lately regarding the fact that her father ran away with a mistress, hence leading to her getting into fights in school and constantly haunted by night terrors. As Jennifer do her best to turn her daughter's life around, odd things suddenly plague their household after a missing piece of evidence suddenly appear on her work desk: a wooden puppet boy made by the executed father, supposedly for his son. Not knowing what to do with it, she kept the toy hidden but Zoe eventually finds it, mistaking it as a present and forming an obsessive bond with her new friend "Pinocchio".

Soon, accidents and deaths are abound, all of which Zoe blames on Pinocchio. Could she be right, or is there a far more sinister force at work? 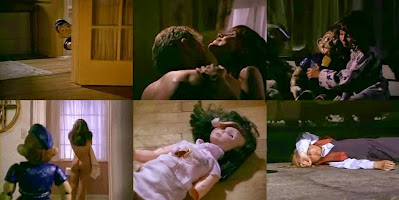 I picture this as the movie Child's Play (1988) would have been if it did stay with the "did the kid did it or was it the doll?" plot. Seeing how this is made by Kevin Tenney of the solid cult classic Night of the Demons (1988), I'm a little disappointed to what I see here, however: generic plotting, badly acted characters and some of the hokiest looking practical effects I've seen that's more laughable now than frightening. The only factor that excels here is the questionable nature of the murders.

Though the bodycount is particularly low, these murder scenes are well built from the start and they do have you guessing whether the doll is committing them or not. But once we figure out in the end who's the real culprit, the movie doesn't stop making you wonder whether the rubbery looking marionette is behind it or if its presence is nothing but pure coincidence.

With much of the movie's marketing and the cheesy title itself to blame, Pinocchio's Revenge is misleading for those who were expecting a Child's Play rip-off. Sending most of its part as a thriller, the whodunit element is well done but the lack of any exciting action (horror-wise) renders the film a tad dull, if not cliched. Just trim off the nudity and you might as well have a made-for-TV popcorn flick here that's bound to scare the pants off any youngsters, or make a good timewaster before you doze off for work the next day.

We may never know what exactly is Pinocchio acting his revenge for but, as a cheesy horror thriller, it has its moments. Makes a good rental if you're up to it.