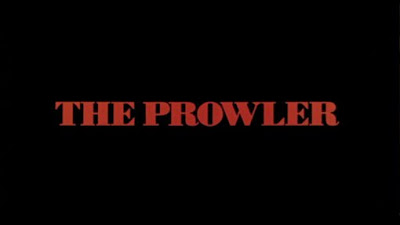 Ah yes, the end of World War II; where good young folks who fought for their country come back home to the warm and welcoming hands of their friends, families and lovers, their service, sacrifice and hardship rewarded in a debt of gratitude. Though some may not get exactly that, as some sacrifices are not without their own consequences and one example of this is the written Dear John letter of a lonely lover who tells her man overseas that she's moving on, seeing she had been waiting for a long time for him to come back, unsure if her lover was alive or not.

While some may get a bit discouraged by this, even upset, this particular trooper didn't take this too kindly. We then cut to the night of 1945 in Antonio Bay where many returning soldiers are escorting their girlfriends to their graduation dance after waiting for them during the war. Rosemary was one of them, and with her new lover, she decided for them to take a few moments alone at a nearby isolated gazeebo for a cuddling. What they don't know is that her ex-lover is quietly watching them, making sure that Rosemary gets what she wants with her new man by skewering them together with a pitchfork.

Thirty-Five years later, the bay is preparing for their first Graduation Dance after Rosemary's father Major Chatham banned it the day he found out about the first killings. While generally, all the teens in town are excited, the local cops are having a situation of their own when reports of a violent man claims that their en route to town. Bad timing for the sheriff to be going fishing but nevertheless he leaves the town to his trusted deputy, Mark, expecting him to do a fine job against this maniac.

Then again, it wasn't too long before we're seeing a man booting up an old GI uniform and preparing a sharp bayonet for an all-nighter slaughtering; teens get killed, lovers stalked and chased, Mark have no choice but to team up with his girlfriend Vicky to figure out what's going on and find the culprit before he kills again.

Now, I will admit that The Prowler is a generic slasher film with its own set of flaws; the plot is a carbon copy of that from My Bloody Valentine, a movie that shares the same gimmick wherein the killer returns the night a supposedly banned celebration is held again for the sake of the new generation, though comparing the two, My Bloody Valentine was more focused on this theme as The Prowler was on identifying the killers' identity instead. Unfortunately, said sleuth just didn't work too well as a good amount of time was wasted on false scares (you would thought two kids screwing around in the backstage of a gym would meant something horrible. Yes this is a spoiler), plot holes (why is it Major Chathams, a supposed invalid, keeps popping up whenever the killer is around?) and pretty much a dead end as the killer could have been anybody.

Thankfully, these dull and lifeless scenes were evened out by what makes The Prowler a worthwhile watch. Tom Savini was again in his groove when he worked on the special effects of this film, showering us with some of the vilest and awfully brutal murders shown in celluloid, at least for its time. (Then again, the bayonet head impalement is still pretty messed up for me) These murders are coupled with a good sense of dread and tension, which works quite well at the end where the final girl was separated from her deputy boyfriend and had to flee-fight for her life against a pitch-fork weilding GI. (A killer concept that's cool beyond a level)

Ending with a Carrie-esque jumpscare, The Prowler have its worth; while not the flawless example of a slasher, it shows great production value and a fun one at that. Good kills with effective intensity, an awesome murderer, a little dragging in the middle but it picks up as soon as it got the ball rolling again, this title deserves more than what it is getting (perhaps a decent remake with a better whodunnit angle?) and should be tried by all true fans of this sub-genre.