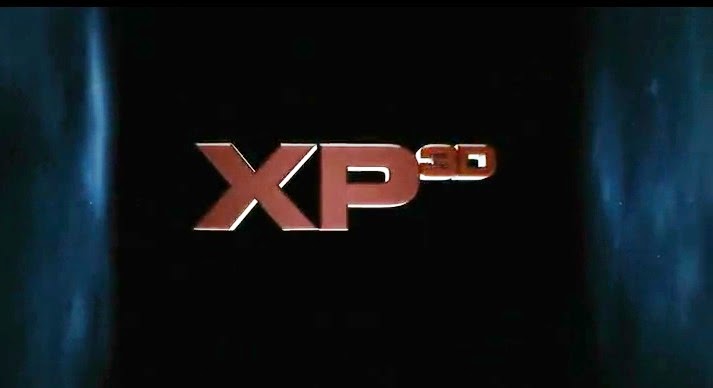 PG-13 rating is never a good sign for a slasher movie. I mean just look at the blasphemy known as Prom Night (2008): the rating turned this potentially decent throwback slasher into a dull knife dipped in stale blood with hardly any thrills, chills and, most importantly, bloody spills to satisfy a horror fan. Spain's Paranormal Xperience is another victim of this rating but unlike the Prom Night redux (and a little bit like Shark Night 3D), it did a few things right.

The story is simple but otherwise workable; five psychology students begrudgingly volunteer to visit an abandoned town believed to be haunted by a doctor-slash-serial killer who, according to the stories, tortured his victims to death before he was captured, imprisoned and left for dead in the the town's mines.

Tagging along with the crew is the suicidal sister of one of the students, who is more than willing to help out by driving them there and stick around in case they'll need anything. True enough, they need somebody who can sense ghosts and by luck, this girl claims to have this ability. So they hypnotized her into a trance, hoping she'll draw out the ghost, and what soon follows is the arrival of the doctor in all his spectral glory, wasting no time snuffing the kids out one by one.
﻿
Though I still fail to see the need for his film to be rendered in 3D, I have to say that the setup is pretty good. I find the direction to be solid and watchable, introducing an interesting villain that doesn't go overboard trying to make himself memorable. The masked doctor here is suave and sinister, his presence definitely delivering a sense of awe we haven't seen much on our killers lately, even if it took him a while to show up and start murdering people. That being said, we unfortunately have to deal with a good forty or so minutes dealing with a casts who failed to be anything care-worthy.

Let me put it this way; early on the the film, we already figured out who we wanted to die first (or horribly) since a good bulk of the teens are either jerks or pompous snobs. Heck, they're failing a major class so this shouldn't be a surprise for me but the least they could do (or at least one of them) is to try and be interesting human beings, so that way I would feel terrified for them and enjoy this movie a little better. (Then again, this is a 3D movie so gimmicks over tolerable cliques, I guess.)

There's also a very sad take to do a twist here; as if it's bad enough we can tell who the real killer is, they had to do a last minute twist that hardly makes sense at all! Least the murders are good. Minuscule in count but otherwise fair.

Not one of the best slashers Spain has to offer, with zero nudity and the gore level going only as far as one jaw ripped apart, the movie is no doubt made for 13 year olds and above, but if you want to kill some time with something cheesy and simple, and you're not the type of viewer that care much on the finer details on your horror trash, then feel free to experience the paranormal that is Paranormal Xperience.