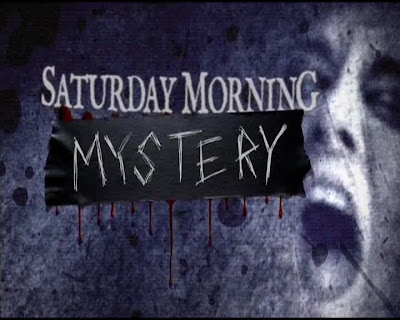 I once wondered what would it be like if Scooby-Doo and company got trapped in a situation that's really, really messed up and are in risk of dying. Well, I guess I don't have to wonder anymore!

Stripped of cash and down-beaten by real authorities, a group of four young wannabe investigators and their dog starts to find the life of busting supernatural hoaxes isn't as great as it sounds. However, their next gig might be more fortunate for them when a hasty (and possible greedy) business type hires them to disprove any supernatural on-goings at a dilapidated mansion (believed to be the haunting grounds of ghouls, ghosts and the occasional Satanists) as his workers are apparently afraid to even go near it. As the group spends the entire night setting up gear around the mansion and dealing with some personal issues, they didn't expect that this might be the last night of their lives when it turns out they're not alone...

The original title for this movie was Saturday Morning Massacre, so with that alone you can tell that the twist would involve a decent amount of bodies dropping down dead. But before anything short of a bodycount happen, the film took a rather slow burn route as a dark and mature version of a Scooby-Doo episode, featuring a realistic counterpart for each of the cartoon's characters (including the dog) dealing with cases inspired by the cartoon show but with an edgier taste such as talks of child prostitution/trafficking and fabled murders that would later transpire into local legends. It's a great idea and I find myself very excited on how far they would go with the dark parody, even though it does feature more drama and character development than satirical actual laughs. 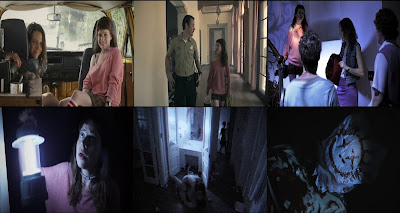 It maybe a hit-or-miss thing, but I guess the funnies here were more on the irony of the comparison as most of the time, Saturday Morning Mystery had us watching these people have real arguments, have sex, have hallucinatory drug trips, and walk around trying to see if they could spot anything unusual for their client even though it's painfully obvious to us what's really going on within the mansion. It lags around like that for a good hour, until someone discovers a dismembered hand, finds their client dead and their dog is being eaten raw by a feral boy. By then, things finally got interesting. Or at least tried to

It's a bit of a shame but seeing we spent more time covering our casts, I really wished the horror-centered last third wasn't so rushed but, to be fair, it's still a decent run as the sadistic streak of the movie treated us with our casts getting chopped up with a bloody axe in one awesome display of non-CG bloodwork, with all the relentless bat shit craziness to wreck havoc on these unsuspecting souls until the equally chaotic finale.

So while the concept partially works, and I'm pretty sure it could have been done a little better, Saturday Morning Mystery is still a reliably enjoyable ride for those looking for something rather new from their slasher films. (Or maybe not entirely new, but otherwise at least attempted to do something new) Performances are well acted, beautifully shot cinematography and delivers the gore with much flair and style, this little indie's destined for the occasional midnight run or guilty pleasure viewings.