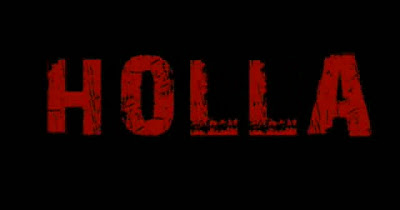 What happens when your usual urban horror moves out of the streets and into the woods? Pretty much just a black version of every backwoods horror known to mankind. The cheesy ones.

Holla (2006) is a practically an example of that, revolving around a TV sitcom star and her boyfriend heading to a cabin in the woods for some time away from their busy city life, joined by their friends and party-crashing colleagues. Later that night however, a masked intruder begins to kill away one friend at a time and it's only a matter of time before they figure out who the killer is and stop them.

Frankly, it's not a bad movie but it's barely anything to holla about either. It follows the clichés religiously and even packed up some decent killings for a slasher film, but it sadly reeks high in cheese to the point that I find some of the supposed comedy here to be a hit-or-miss case for its hammy nature. I admit, I chuckled and smirked a lot whenever these guys kept suspecting one of them to be the actual killer (and so damn sure of it as well), but the rest of the jokes didn't caught up with me. Still, I'm confident the cheesy jokes will worth something for some urban slasher/horror fans out there, I'll give the film at least that.

The flow of the story is slow at first but it never lost a momentum when shit finally hits the fan, which is always a good thing for a slasher. Rest of the production looks pretty decent for a low-budget film, from stylish tinted lighting to, at least, acceptable blood effects. The mystery regarding on who's doing the killings does provide some hokey fun, even if its a weak one. Sadly, the ending wasn't as strong as it's working itself to be thanks to the killer's hardly-engaging monologue and boring expositions, and too leaving an open door for a possible sequel. 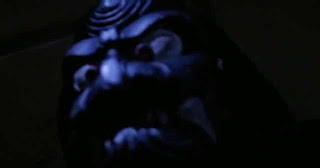 As dull and overly familiar as its story is, I still find Holla (2006) to be an entertaining treat for the right circumstances and right audience. A semi-good rental for all cheddar enthusiasts, urban horror fans and slasher film completists.