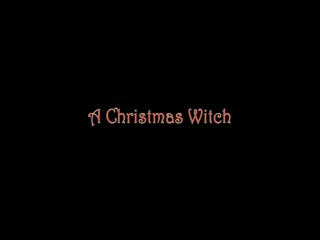 And to start off December, the month of joyous proprieties and other whatnots, I give you this dreadful little number I found lying in the deepest bowels of Youtube. Something I'm very glad to share with you slasher fans out there reading this. Ladies and gents, I give you A Christmas Witch.

A small gathering of friends have their night of beers, smokes and story telling disrupted by a knock on the door and a bald man with a mysterious package. He gives them this gift under the condition that they don't open it til' Christmas, which of course they ignored and find out that there is something alive in it. Something alive and more than naughty...

A Christmas Witch is a simple short of a slasher movie that delivers everything you could ask for; a wise-cracking villain that fails to be boring, some cheap gore that's deliciously fun, and a cheesiness that's forgivable for being altogether satisfying and enjoyable. If I could compare this to another movie, I would say it's a shorter and quicker take on Thankskilling, ironic to say given that the titular villain in this short is also an animated puppet.

Production looks good for what it is; we got some fair acted characters, swell editing and camera work, a lot of dedication for a little movie. If there's going to be any gripe, it'll be that some of the acting could use some work but with the puppet witch being the show-stealer, I guess I can let go of that little fluke and just enjoy the short.

If you hadn't seen this, I suggest you should give it a try, slasher fan, especially if we're nearing to the Holidays! It's gruesome, it's quick, and you'll get a good laugh out of it! 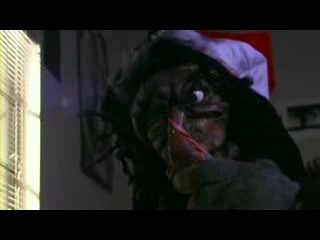 Bodycount:
1 male gets a Christmas ornament to the head, beheaded with a knife
1 female electrocuted with fairy lights
1 male had his face peeled off, choked on stocking
1 female had her gut clawed through
1 male found with a cellphone forced into his neck
1 female presumably killed
Total: 6
Posted by Kaijinu at 5:25 PM