Oh we all walk the Wibberly-Wobberly walk: HARDWARE (1990) 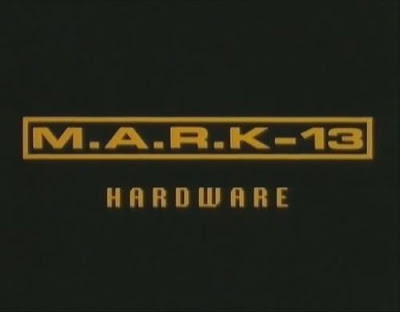 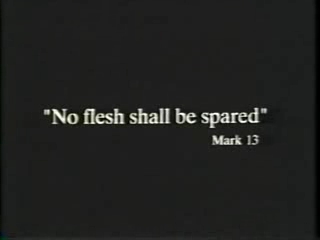 Isn't it funny how some peeps actually believed the world's gonna end in 12/21/2012? Well, in celebration to our world's "end", I will be reviewing a piece that I think best fits this preposterous claim all the while getting in touch with the yuletide spirit, HARDWARE: Mark-13!

While not the most holiday-esque looking horror flick, HARDWARE's radiation-ridden, post-apocalyptic setting actually took place in Christmas Eve, where we begin with a zone-tripping scavenger picking up robotic remains in a radiated desert and wanders back to civilization with hopes of selling it. Just so happens, returning soldiers Moses "Hard Mo" Baxter and Shades were there at the scrap shop and spots the scavenger's haul; Moses decided to buy the scraps as a present for his artist girlfriend, Jill, who was waiting back home for him.

Unknown to him, however, the parts belong to a government released cyborg project M.A.R.K-13, a cancelled production presumably made for a mass genocide. Capable of repairing itself,  the MARK-13 builds a new body from the tools found around the apartment while Moses leaves Jill for an urgent meeting. Now trapped in an apartment room with a homicidal robot, Jill is forced to fight back and survive a seemingly indestructible killing machine while her boyfriend race against time to save her.

Based on a short comic from a 2000 AD comic book (beating Judge Dredd to the big screen by about 5 years), HARDWARE is an amalgam of cyberpunk, post-apocalypse sci-fi, and slasher film elements with it's barren mood, mechanically eldritch villain and a decent numbered bodycount. While it's limited budget does show around the film's almost one-location story, I find HARDWARE's creatively suspenseful, surrealistic, and underlying religiously-apocalyptic tone to be a charming note.

The movie isn't hard to follow; I could best describe the majority of the action to be likened with that of the stalk-and-attack last half of Ridley Scott's Alien (1979), as the leading female character gets attacked by the monster after around the first thirty minutes where it took the time to build around its casts and artsy premises of beautifully detailed, if not obviously cheap, post-apocalypse. It's a mood piece, that's what it is, relying on the dark overtone of the movie for a full effect dread to make-up for its own short comings, done quite well with the sun-baked visuals of decay and poverty, pollution and desperation in a one modern world. Lay a tense and claustrophobic story over those themes and you got yourself a powerful B-flick that will win the hearts of some.

I'm not big in regards to sci-fi trappings, as you can tell by lack of or ignorance towards Sci-fi pop culture (save, of course parodies like Spaceballs and Family Guy's own take on the Star Wars franchise. Also, I'm digging a bit into the Doctor Who fame), but the idea of a self-repairing killer robot sounds like a real winner for my book. I'm partially disappointed, however, as the robot hardly killed anybody, per se, after upgrading itself. All that cool cyberpunkiness and he just wasted three guys, with an additional accidental death and an ofscreen killing for a total of five measly murders. It's a fair count, as I mentioned, but I really wanted to see this thing in full action. Other than that, the borg's main weakness is too generic and a bit rushed to be considered original. (To be honest, a lot of things here still don't add up. Like how did the cyborg ended up in the desert in the first place?) Least it's intimidating while it lasted though, and it's stalk scenes were really worth it.

While it has the shell of a post-apocalyptic nuke flick, or the plotting of a sci-fi thriller, HARDWARE is more likely an art movie than anything else. It's reliance to visual skill and imagery may as well be a double-edged sword; there will be people who will get it, and those who will not. I got a bit of an artistic taste so I guess that's where some of the movie's Dario Argento-esque imagery charms its way to. That or I'm just a sucker for killer robots since it's such a rare idea for a horror flick. (Straight horror flick, please.)

So this Christmas, if yer feeling bleak, stuck and utterly sullen, why not let somebody else be miserable than you and watch them being terrorized by a killer bot? If you would like a good swing of that action, and don't mind budget, solid plotting or arthouse flick, why not try HARDWARE? Where fat peeping toms get gouged in the eyes and doors can kill!

Bodycount:
1 male found poisoned
1 male had his eyes gouged, drill through the chest
1 male injected with poison, slashed his own wrist
1 male cut in half by mechanized door
1 male shot on the head
Total: 5 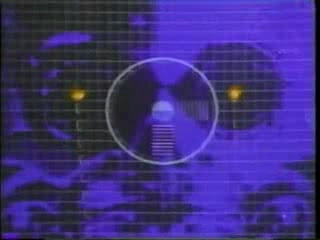