Night Of The Swamp Things: Bloodstalkers (1976) 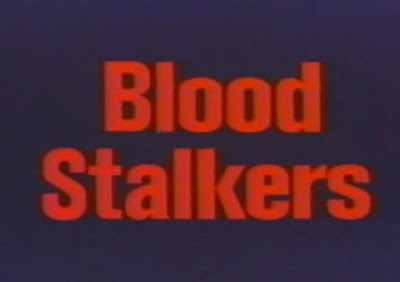 Hicksploitation horror flicks have been out as early as the concept of evil rednecks touched the gritty reels of grindhouse cinema, with movies as gruesome as Herschell Lewis' Two Thousand Maniacs! (1964) and as intense as Hooper's Texas Chainsaw Massacre (1974) molding it as a staple horror trope. Thus, it shouldn't come as a surprise that we often get dime a dozen of evil redneck movies until this day, with most of these good (or at least, watchable) Hicksploitation flicks setting themselves from the bad ones by how it often breaks expectations. 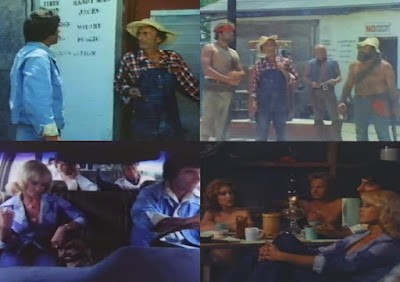 Bloodstalkers (1976) is a decent example of this as it starts out with your typical backwoods horror trope; a pair of city folk couples driving to the stix for a weekend getaway, the locals either giving them the stink eye or warning them to drive back unless they want to get attacked by something called "Blood Stalkers". Spooky stuff, but the couple scoffs it off as nothing but yokel talk and drives down anyway to a lake cabin deep in the country woods, unaware that something horrid is skulking around and now eyeing them the moment they step foot in its turf.

After spending a large run of its time focusing on character interactions and the casts mucking around ala beer guzzling, canoodling and skinny dipping, it wasn't until nightfall when something strong, huge and feral decided to siege the cabin, forcing our city slickers to cower, fight back and then try finding ways to survive the night against what could be our titular "Bloodstalkers". 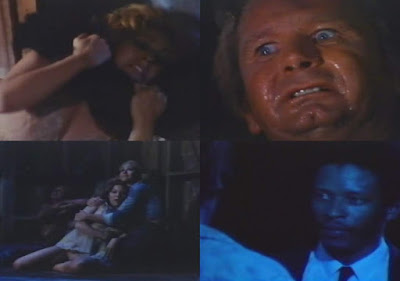 A definite proto-slasher, Bloodstalkers (1976) lacks the refine stalk-and-chase actions one would normally expect in a forest-set bodycounter despite having the grounds and set-up to be one. Instead, the movie dwindles around on being one part siege film, one part creature feature and then, without spoiling much, a backwoods revenge flick, the latter being the strongest time the movie touched the slasher-style kill count, racking up dead bodies by all means sharp and pointy.

It's far from a smooth production sadly, as not only does the editing and direction made some of the supposedly intense scenes look laughable and feel padded, but there's also barely any lighting from its night scenes, really showing the budgetary restraints this movie finds itself roped at. Also, the uninteresting four main casts didn't help make the film any more memorable than what it is. Albeit far from horrendously bad, these characters are still as cookie cutter bare as the next drive-in grade horror victims would be. Nevertheless, Bloodstalkers (1976) still manages to be watchable for the little good things it did; with most of its first half centered between the two couples and their interactions, there's a workable slow burn to the tone and atmosphere that once the onscreen violence makes its show, the variety of kills and their okay-ish special effects made the wait well worth the time, especially when it comes with an insanely hammy reveal to what these "blood stalkers" really are and motive behind them. 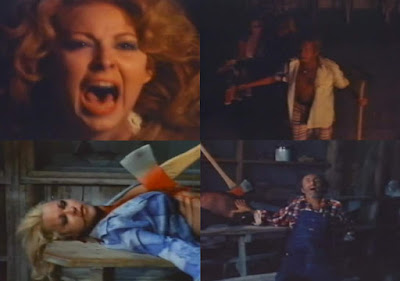 For what it is, Bloodstalkers (1976) marginally works as a creature feature/hicksploitation hybrid that's flawed but is still an interesting watch, particularly within the fact that it sets some stepping stones to what would become our classic backwoods slashers. Not a solid recommendations, but if you get the chance to see it, treat yourself with some ham and cheese and enjoy the shlock!