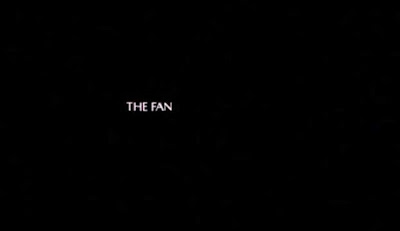 Just a while ago, I saw this movie revolving around an obsessed fan who goes cuckoo and stalky after not getting something he wants from a star he dangerously admires. It was sucky, stupid and a total waste of my time and money, The Fanatic (2019) downed itself with John Travolta in his worst role to date and a story so narking than scary, it's nauseating to stomach. Thankfully, I got The Fan (1981) to cleanse the sour sludge off my palate: far from a masterpiece, yet watchable for its confused dramatics and alright slasher-esque thrills.

Douglas Breen (Michael Biehn) is our titular obsessive fanatic, fallen head over heels for an aging broadway star Sally Ross (Lauren Bacall) and spends most of his free time away from working at a record store typing fan letters and having imaginary dates with Ross. One reply, however, puts him in a sour mood after being referred to as a "fan" since Breen sees himself better than a regular admirer. This sparks a downward spiral to his emotional psyche, stalking Ross to her upcoming musical stage play and proceeds to leave increasingly threatening love letters while slicing the star's friends and associates with a straight razor.

At times, The Fan (1981) works its way as a character-driven drama thriller quite well. As self-centered and short-tempered she is, our Sally Ross is a rather complicated gal with bouts of loneliness and insecurities behind her strong and brave face as she constantly seeks reassurance. Bacall conveys these characters rather beautifully on screen, including one bittersweet banter between Ross' on-and-off romance played by James Garner wherein she questions her ex-hubby about her ability to sing and dance, pondering if she's well enough to pull off another show. Her musical numbers do need some work to make it anymore worth past the cheese and cringe but, overall, she is one of the good things to come out of this movie. The other would be Michael Biehn.

Playing our villain, Biehn had the opportunity to make his fan-turned-stalker role far from the norm and he tried. Acting-wise, he doesn't have a lot of dialogue seeing most of his thoughts are played as voice-overs but he's still able to play out the maddened menace his character is slowly becoming through a lot of body language and vocal tone. It's terrifying at times, pitiable even knowing this incomprehensible obsession and violent streaks was simply caused by a simple fan letter, but not a lot of this fanaticism is properly explored and it left us with a shallow villain and a bunch of missed opportunities to dive deeper into his psychosis and fascination for the old actress, losing a bit of that sympathy card to make our villain as engaging or understandable as our lead.

Sleaze and violence is near absent in The Fan (1981), atypical to most slasher films being released around its time though not a lot of them did try to piece together soap-style drama and character study with exploitative hack-and-slash. While the story engages in very little kill count, the stalking set-pieces has their memorable moments including one indoor swimming pool attack that left one of Sally's colleagues' belly sliced open whilst doing some strokes and a quick yet passable train station stalking reminiscent of the subway scene from De Palma's Dressed To Kill (1981). The climactic crossing between Ross and Breen could have been longer, but it interestingly fits in tone and even gets genuinely intense during some of the attacks.

Half-and-half camp and class, The Fan (1981) is nowhere near a great piece of cinema, but it has enough engaging elements to be still entertaining. Recommended for fans of trashy melodramas, as well as patient slasher fans with a taste for the odd.