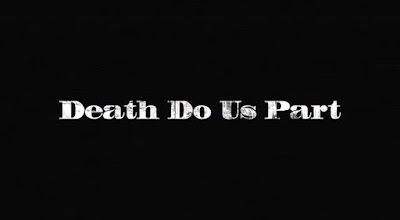 Ah, the backwoods! As feral as it may get at times, one cannot argue the beauty of nature and the serenity of it all so it I find it not all too surprising to see the great outdoors as an equally great spot for couples to hang out and, well, bond. 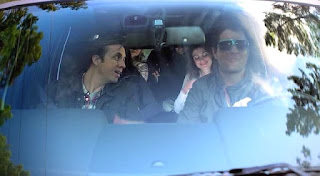 That is unless said couple's in a horror flick, then they should expect mutant cannibals and hockey masked revenants popping up anytime soon to ruin their time. Still, that would have been a way more swell situation than to be in this kind of horror movie.

On a nutshell, Death Do Us Part centers on a group of "friends" at a rented cabin for a Stag-and-Doe party as our main couple, Ryan and Emery, are gonna get married soon. As usual, everything isn't going to be peachy for most of them during this party as some of these "friends" are harboring little secrets, mostly something to do with infidelity, mental illness, drug money and one about being a suspected murderer? Anywho, it wasn't long (and by that I meant it took a while) before someone bites it, some dude in a sack mask shows up and these "friends" start to disappear and reappear dead, or simply gets knifed to death on screen, one by one. 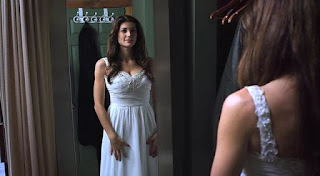 I will admit, though, that despite its routine slasher flick plot and tiresome pacing issues, I will commend Death Do Us Part for writing its characters as more than your typical horror victim tropes, actually acknowledging them as adults behind their cliche characterization and giving them all a reason to act the way they are. These dimensions might as well act as red herrings for the film's little whodunit escapade, though the melodrama that came with them definitely felt cheesy and forced for most of the time, thus kinda ruining the flow of the mystery and the consistency of the movie's tone.

As majority of the plot focuses more as a murder mystery, the killings are moderately easy on the execution albeit bloody, most either occurring off camera to build tension, or are simple slays like knife stabbings. The film did go to more violent territories the crazier the situation becomes, leading to a gruesome finale that have lovers killing one another and a twist that, though again riddled in cheddary hamminess, did got me as I didn't foresaw that kind of curveball hitting me on the face. Sadly, I lost about half of my invested attention for this flick by then so the impact of this exploitative last act was pretty watered down for my liking, but I'll give this film some credit for trying. 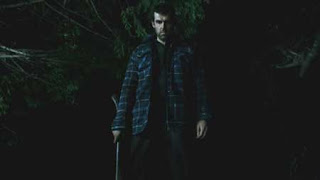 Not a lot to say much for Death Do Us Part aside from that. I can tell it is attempting a more psychological whodunit approach the way it handles its characters, but the low budget, uneven tone and the eventual inclusion of B-grade slasher elements more or less lead this film into embracing its inner exploitation, albeit still uninspired. Can't say it's a bad movie deserving to be missed, but I got a feeling anyone who would pass this off will not miss much to begin with. Good for a single night's rent.