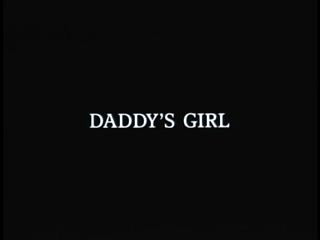 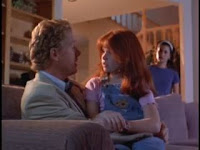 Meet Jody Mitchell, the step daughter of Don and Barbara Mitchell and the titular Daddy's Girl. She likes dolls, doll houses and is obsessed with keeping her family happy and be the apple of one's eye, especially her new father's. This obsession would soon (and I mean very soon) devolve into murderous shenanigans and violent jealousies as Jody has a tendency to rid off those she believes are trying to separate her from her precious daddy. (Early example? Jody's school principal, who suggested getting her shipped to a state-run boarding school to fix her grades and behavior. Let's just say the amount of paperwork in her office finally got to her...) 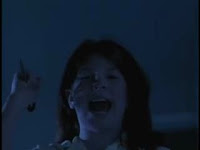 Jody's situation becomes further frustrating when Don's niece, Karen, moves in with them for the Summer and becomes quickly suspicious of Jody's too-good-to-be-true nice girl behavior. Then there's the fact that Don and Barbara aren't doing too well with their marriage as Don's toy designs aren't selling, leaving Barbara the breadwinner of the family, a fact Barbara's own mother Jacqueline likes to nag about. With all of this, Jody's new family is far from perfect but she has her ways of fixing this and it involves fire pokers and meat mallets...

So, yeah. Tell me how many times you heard or read that before? 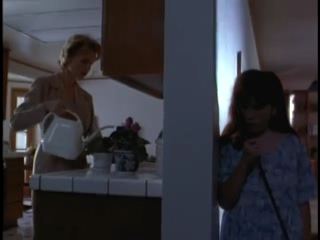 Daddy's Girl is without a doubt one of the more lackluster dive into the killer kids trope, failing to do anything new as a gimmick apart from covering itself in overcooked cheese. The story is predictable and unoriginal, which the same can be said for its minuscule killings, though what amazes me is how almost everybody in this film are that easy to swallow the obvious facade the titular killer kid is showing, even after some of her violent outbursts. Perhaps it's Gabrielle Boni's performance as Jody that makes the fake good girl act more obvious as she does it in a way like she's reading the damn script five feet away and exaggerates herself to hide this fact, but still, writing-wise, the movie clearly could have done better fleshing out these characters since it technically spent more time being a steady-paced drama thriller than it is as a slasher horror. (Or better yet, if they're gonna cheese it up like this anyway, why not throw in a couple more murders? After all, Jody seems to be getting the hang of doing one-liners ala Elm Street's Freddy Kreuger...) 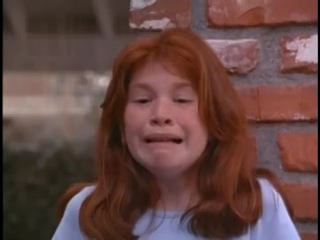 Not a lot to go with here as you can see. Daddy's Girl's overly familiar route and easy execution just makes it more forgettable than anything, making the journey through this specific girl's damaged psyche and uncomfortable attraction to her papa not worth all the trouble. Then again, if you're tolerant enough to go through hammy routines you may have seen hundreds of times from better killer kid flicks, then by all means adopt Daddy's Girl for your collection. You might get a good laugh out of it.