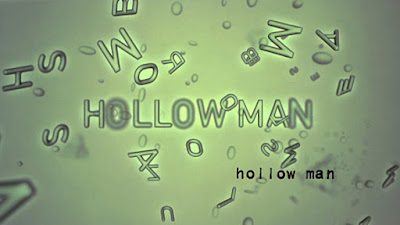 
From the get-go, it is possible that this modernized Invisible Man was never intended to be a slasher, but with the bodycount at the later act as well as numerous stalk-and-murder scenes scattered throughout, it just goes to show how much mayhem one invisible sociopathic and homicidal maniac can do. 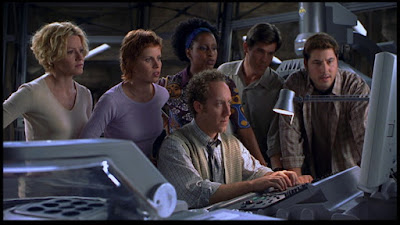 A group of scientists led by one Dr. Sebastian Caine (Kevin Bacon) is developing an invisibility serum and a counter-serum for the military and, seeing both worked well enough on their animal subjects, Sebastian is nothing but confident about what's technically his greatest achievement, so much so that he decided to do human testings without the authority of the oversight committee and volunteers to be their first human guinea pig.

When the serum successfully rendered Sebastian invisible, he begins to abuse his new state from pranking his colleagues to spying on them. Fearing that he might get out of hand, they soon try out the counter-serum on Sebastian in hopes of making him visible again but fails due to complications. With Sebastian getting more erratic with each day passing, two of his co-scientists, Dr. Linda McKay (Elisabeth Shue) and Dr. Matt Kensington (Josh Brolin), opted to inform one of the committee of what happened; not wanting to jeopardize the experiment (as well as going more than a little cuckoo from his isolated state and personal quarrels), Sebastian goes hellbent on keeping the slate clean by murdering just about everybody else involved in the project. 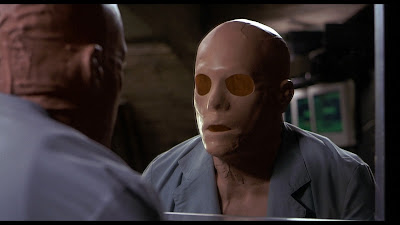 Directed by Scifi maestro Paul Verhoeven of the Starship Troopers and RoboCop fame, Hollow Man primarily focuses on the psychological and emotional effects of pride, power and instinct, showcased here as an experiment-gone-wrong with a foreseeable plot and a small group of characters that did little to make more out of the story. In fact, the only ones that seems to have some depth (read, some) were the three main researchers played by Elisabeth Shue, Josh Brolin and Kevin Bacon, the latter being the titular Hollow Man and the center of the story.

Much like most mad scientists, Sebastian Caine is an arrogant and pessimistic character with low regards on anyone other than himself and is quick to abuse his new found condition as if he had all of these intentions for a while and just waiting for the perfect opportunity to do them. From simple jokes to unsettling silent stalking, from home invasion and rapes to actual murder, the story is really nothing less than us following Caine slowly embracing his new invisible state, all the while abhorring it as it not only isolated him from the normal world, but it might become the very thing that would destroy him and his reputation as a proud scientist once word got out. 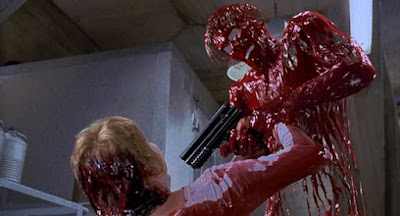 The movie passes through this descent to madness rather quickly, factoring more on his misdeeds before finally shifting into a slasher of sorts where he locks his own team inside their lab and starts killing them one at a time. It’s shallowly entertaining as the simplistic murders were elevated thanks to some okay special and visual effects, intense direction, hectic pacing, and a blazing finale. With this, Hollow Man is an easy film to enjoy only (and only) if you look at it as a popcorn movie.

There’s really no depth here other than a man going maniacal after being given a power nobody else possesses, a typical mad science horror story with a small dash of methodical murders. Being a Hollywood production also meant that Hollow Man is no short of workable visual and audio quality, but it is a bit estranged as a Verhoeven film since the man is known for directing much more epic scifi masterpieces and this movie just felt too “commercial” as it hardly match up with the exploitative and outlandish nature of most of the films he directed. Thus, if special effects and clichéd evil science plots are a thing of fun for you, then Hollow Man shouldn’t disappoint.

Bodycount:
1 dog smashed against a kennel
1 male drowned in a pool
1 female garroted
1 male thrown and had his neck torn against a metal pipe, bled to death
1 female had her neck snapped
1 male ran through with a crowbar
1 male falls into an exploding building
Total: 7
Posted by Kaijinu at 11:56 PM