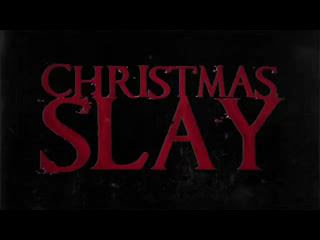 Let me first start this review with a subject and a question. The subject is this movie. The question is WHY?!

One year ago, a mute psycho dressed up as Santa murdered families one Christmas Eve and was painfully and clumsily caught by the police, lead by a detective who was seemingly hunting him down for quite some time. 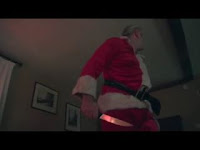 Flashforward to the present, three girls drive up to the mountains to enjoy their Christmas break at a hot-tub equipped cabin next to the woods, where they will wear nothing but tank tops and underwears most of the time. (You know. The works.) However, not far from them is a mental house that just lost a good number of their patients one night ago, one of which happens to be our homicidal Santa. As you would have guessed, Santa made his way up to the cabin, axing people to death and soon indulges to a classic cat-and-mouse gag with the panty-happy bimbos. 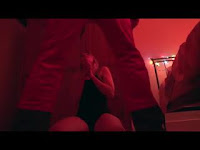 Simplicity in a slasher can be a good thing; Halloween pulled it. Friday the 13th pulled it. Madman and The Mutilator sortah pulled it. (Just ask their fan following) Christmas Slay…tried but failed; from where I stand, there’s a cheesy and outlandish nature to the film which might explain the odd characters and a few over-the-top kills, but tiring pacing, obviously cheap production, lackluster direction and questionable plot twists turned off any sense of fun from this film, to the point that it’s distracting and irritating.

From beginning to end, I question this film. Why does it exist? What purpose does it have as a holiday slasher? How can color markers go into a thick human skull just by being thrown? Why are the girls always in underwear? In what way did the ending supposed to make any sense?! I understand a slasher doesn’t always have to make a lot of sense but Christmas Slay not only decided to do the dry paint-by-number plot (“imaginatively” tying in Christmas just for reasons) but it's also incompetent and lazy enough to not bother going through the script and fix a good number of plot holes. And there were a lot of goddamn plot holes! 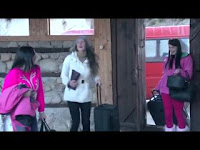 Take example this little spoiler; at the end, the killer was caught off-guard and a surviving victim hacks him repeatedly with an axe. She escapes, rescued by some guy and taken back to the city, only to be thrown into the same hospital where killer Santa escaped from. Now, I’ll accept this if killer Santa turned out to be another persona of the survivor (ala High Tension), but a slight extension of the ending reveals that the reason why she was put in there was because the nuthouse mistaken her as one of the escapees. 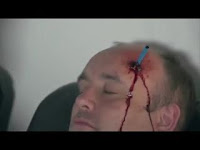 Really? This asylum don’t keep photos and records of their nut cases? Is this nuthouse that cheap and effin stupid? Oh right! Screw the forthcoming lawsuit the parents will be filing against them for putting their daughter through more torment than she already went to! THAT’LL BE GOOD FOR BUSINESS! This isn’t the 1950s, idiots! We are more advanced now! Heck, even the detective was called up for this and he understood that this is wrong! But, oh no! Santa DID survived getting HACKED WITH AN AXE SEPTILLION TIMES and he is there to kill the detective!

No! No! NO! NO! If Friday the 13th’s Jason Voorhees couldn’t survive getting hacked to death with a machete before being revived as a zombie, what’s stopping this poser?! Also, if they were planning to go with this kind of final reveal, are they telling us NOBODY TOOK SAMPLES OF THE BLOOD THIS SHMUCK BLED THROUGH ALL OVER THE HOUSE AND TESTED IT FOR DNA?! NO! NO, MOVIE! YOUR IGNORANCE ON LOGIC HAD GONE FAR FROM THE ACCEPTABLE LEVEL OF IGNORANCE COMMONLY FOUND IN A SLASHER MOVIE! Your story and production is already shit so why do this to yourself?! 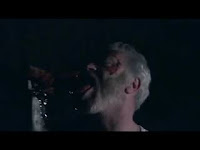 If there is one thing this movie did right, it’s making the baddie look intimidating. Heck, I wouldn’t mess around this guy even if he didn’t have superhuman strength and apparent immortality, he just looks that frightening! Another reason why it pains me to see a scary looking killer like him end up in a piss-stain of a movie like this. 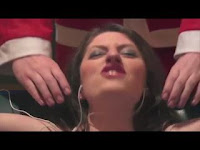 I’m sorry guys but if you happen to like this film or was involved in it, this movie is shit! Dingy, dumb, disappointing shit that’s so bad, real world Santa wouldn’t even put this down a naughty child’s stocking if he ever ran out of coal. If you want killer Santas, try Silent Night Deadly Night, Silent Night Deadly Night Part 2, Silent Night (2012), Netherland’s Sint (2010), or that one episode of Tales from the Crypt HBO series where Larry Drake was an axe-happy Santa. ANY OF THESE IS WAY FUCKING BETTER THAN THIS DUMBASSERY!